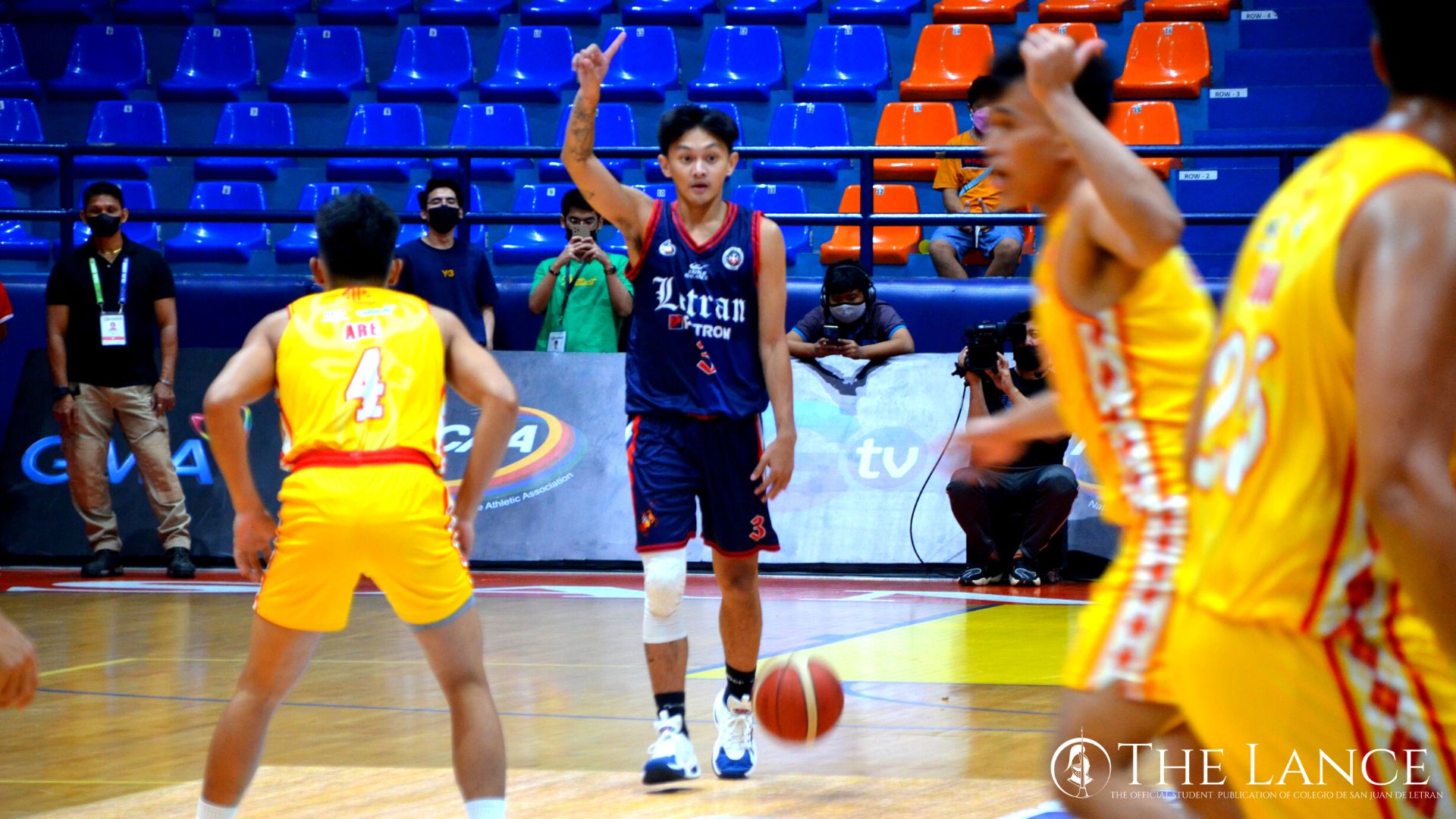 The Letran Knights in a powerful showing against the SSC-R Golden Stags, extending their winning streak to 6. Photo by Kyla Anne Velasco of The LANCE.

The Letran Knights collected their 9th win against the San Sebastian Golden Stags earlier today at the  FilOil EcoOil Centre in San Juan, 69-50, extending their winning streak to 6.

The match started off slow as the Knights struggled to find their rhythm, even trailing 1-5 with over 5 minutes left in the first. As things got more physical, Alex Desoyo injured his index and middle fingers in his right hand while Paraiso received a solid elbow to his chest which caused both players to sit in the meantime. SSC-R took advantage of these occurrences and ended the first quarter, 15-12, in favor of them.

Getting things going, Tommy Olivario drained a three-pointer and scored a breakaway lay-in as the Knights overtook the Golden Stags, 20-17. As the 2nd quarter went on, SSC started to struggle and miss their shots which allowed Letran to take the lead at the end of the first half, 34-28.

In the 3rd quarter, the Golden Stags lost their steam and had given up their aggressive plays which allowed Letran to take advantage and impose their will. Fran Yu started to heat up for the Knights and extended their lead to 13,  45-32. Baste tried to stop the bleeding, but  Paolo Javillonar stopped them in their tracks by scoring 4 more points to end the quarter, 49-34.

Fran Yu continued his explosive shooting as he scored 8 straight points to start the final quarter. The Knights kept pressing on their offense which allowed them to extend their lead to as huge as 19. The SSC Golden Stags had tried to counter the play of the Knights but it was of no use, with Letran eventually ending the game, 69-50.

Letran’s next opponents is the EAC Generals on Friday, October 28, 2022, at the FilOil EcoOil Centre in San Juan.