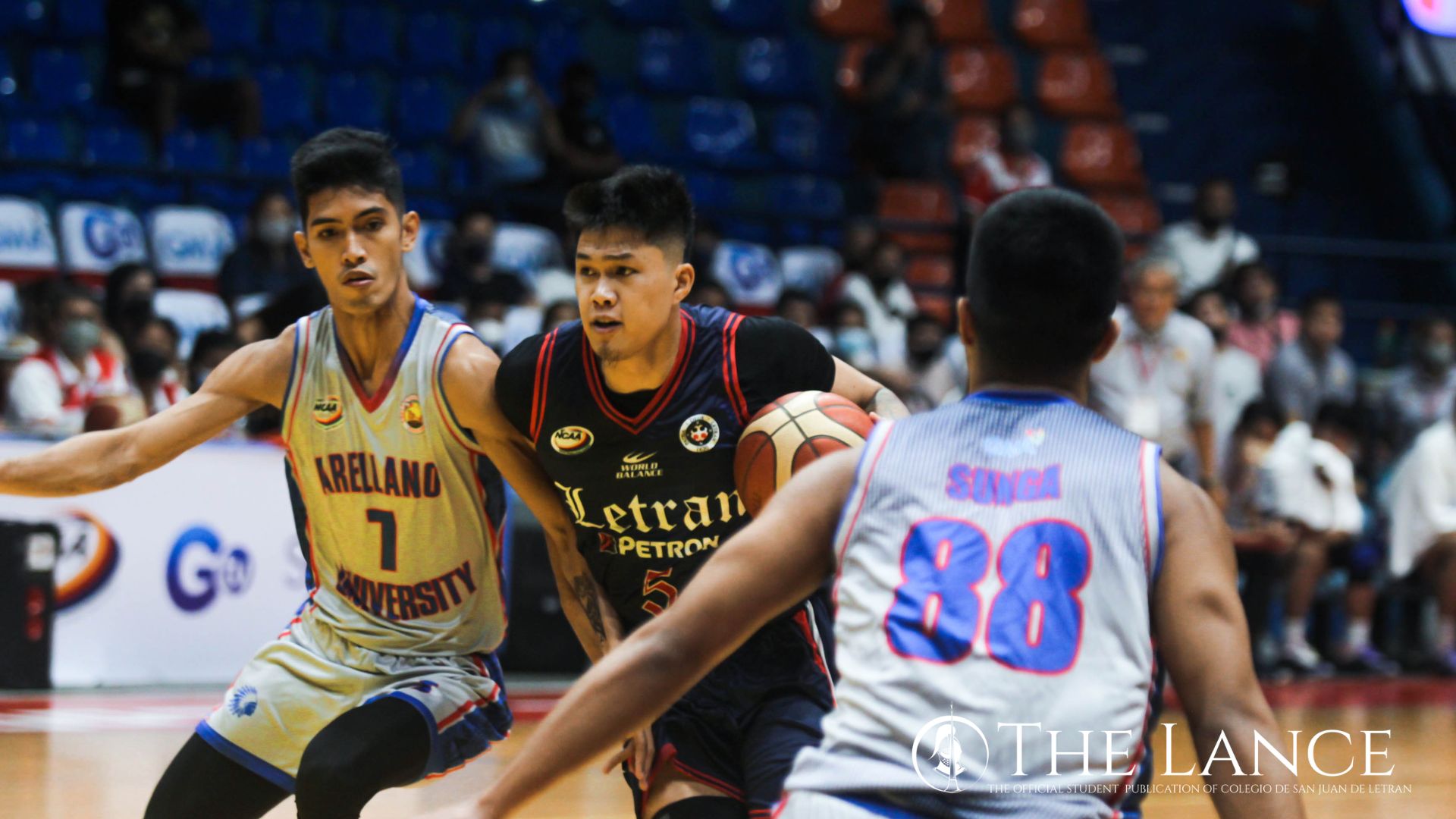 The Letran Knights' payback after its loss against AU Chiefs, at the FilOil EcoOil Center. Photo by Arali Santiago of The LANCE.

The Letran Knights retaliated their first-round loss to the Arellano Chiefs by winning 65-53 earlier today in the NCAA Season 98 Men's Basketball Tournament at the Filoil EcoOil Centre in San Juan.

The Chiefs, who broke Letran's 14-win streak last September 21 during their first-round bout, finally tasted the ruin of this season's defending champions. This is now the Knight’s 5th straight dub dating back to the first round.

Letran now ascends to 8-3 led by the hailed best player, King Caralipio, who snatched a double-double performance of 13 points and 13 rebounds plus a steal.

The Intramuros-based team already showed poise and composure in the first canto, but the board favored Arellano, 14-15.

Letran struggled with their offense in the 2nd frame, as the first half ended with the team only hacking 27% of field goals while committing 11 turnovers.

AU still showed control during the early parts of the third, but Paraiso’s lay-up during the 2:39 mark enabled the Knights to cut the deficit to a single point.

Fran Yu then followed up with a fantastic triple to reclaim the lead, and baskets from Reyson and Javillonar sealed the third quarter, 43-39.

Arellano tried to chase victory in their favor with Cade Flores pulling a highlight slam dunk, but his efforts were brushed off as Caralipio already keyed the payoff period, backstopped by another Paraiso lay-in to add insult to the woes of the Chiefs.

Flores top-scored the Chiefs with 15 points, 12 rebounds, and five assists, followed by Josua Abastillas and Danielle Mallari, who registered 8 and 7 points, respectively.

Letran will next clash with San Sebastian College-Recoletos on Sunday,  October 23, 2022, at 3 PM.