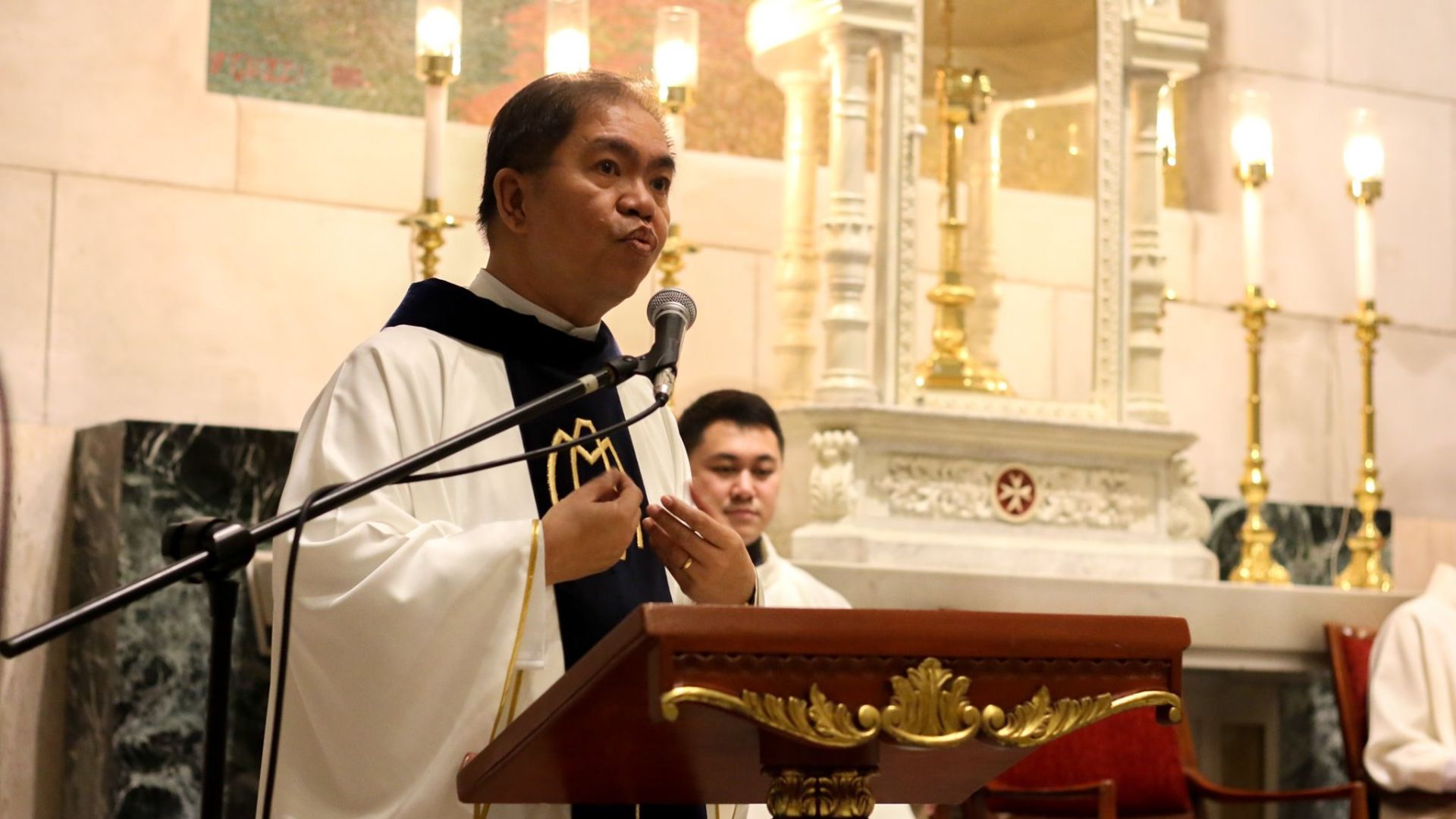 Msgr. Rolando de la Cruz as he gave his Homily at his former appointed church in Paco Manila. Photo from the Manila Cathedral.

His excellency, Jose Cardinal Advincula, appointed Msgr. Rolando de la Cruz as the new rector of the Manila Cathedral during the reshuffling of the Archdiocese of Manila on Thursday, October 13, 2022.

Msgr. de la Cruz served 12 years as the parish priest of the San Fernando de Dilao Parish in Paco, Manila. “We have been through many tests. Through you, I experienced the loving embrace of God. With you, I faced the challenges of ministry with faith” said the monsignor.

The newly appointed rector also asked for the prayers of his new parishioners by adding, “To the community of the Manila Cathedral, though I am fearful, I am also excited to be with you soon. I ask you to pray for me to be a good shepherd after the heart of Jesus Christ.”

Along with Msgr. De la Cruz’s appointment, Fr. Marion Bayaras was assigned as the administrator and attached priest of the Manila Cathedral.

Msgr. Jose Clemente retained the title of vicar general of the cathedral. He had the position since 2015 when Jose Cardinal Tagle was still the archbishop of Manila.

His appointment will take effect between November 14 to November 25, 2022, along with the other 200 priests who were given new parish assignments in the areas of Manila, Pasay, Makati, Mandaluyong, and San Juan.