Letran Shows Composure in the Endgame, beats EAC to close out First Round. 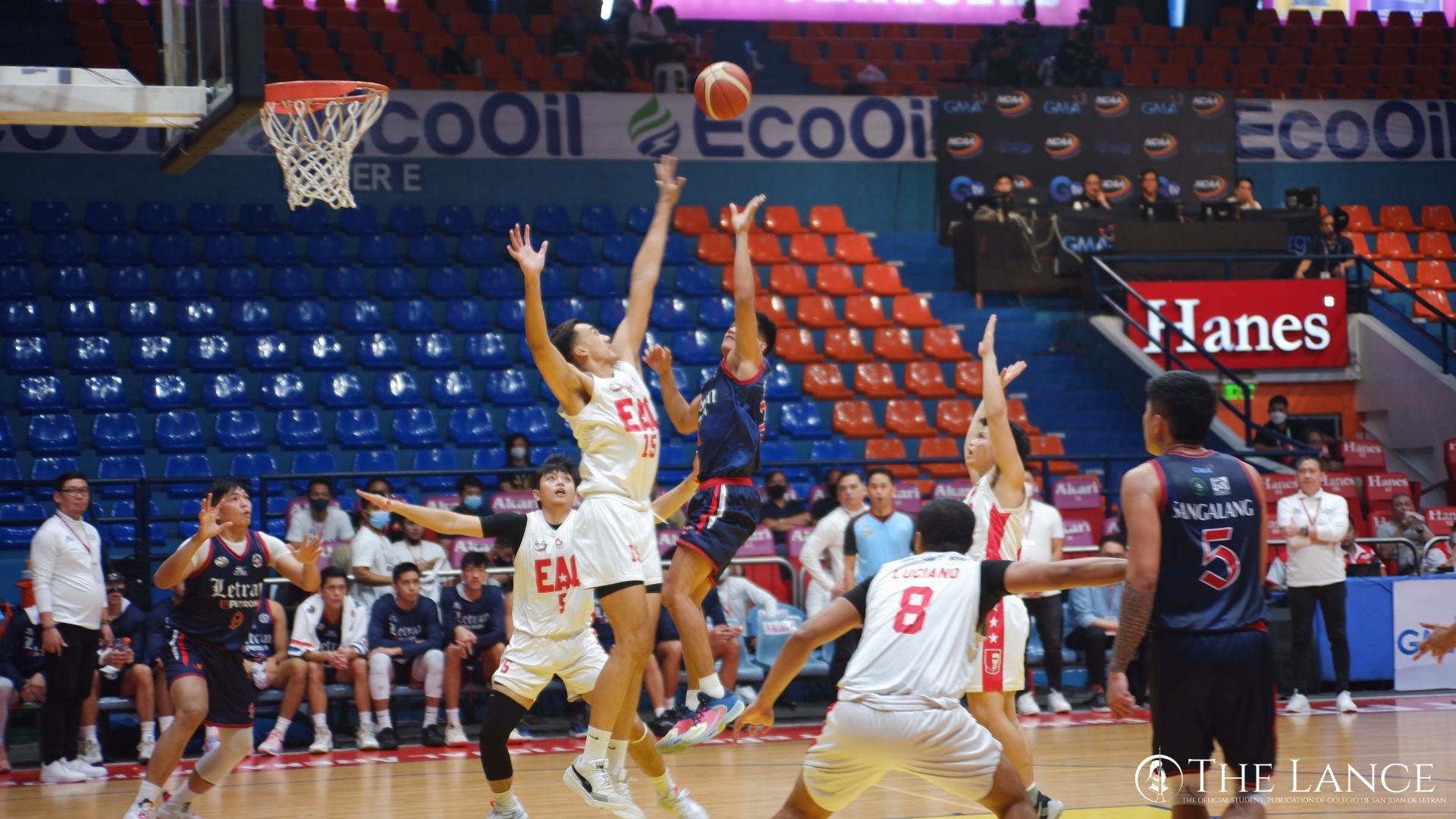 The EAC Generals gave their all but fell to the mighty Letran Knights as they close with 6-3 at the NCAA Season 98 Round 1. Photo by EJ Nollora Jr.

SAN JUAN, PHILIPPINES- The Colegio de San Juan de Letran Knights defeated the Emilio Aguinaldo College Generals admirably on Wednesday, October 12, 2022, at the FilOil EcoOil Centre, winning the game 72-68. Both teams showed fierce passion in the game, but only one prevailed: the Letran Knights. With their outstanding presence on the court, the Knights displayed an unsurpassable performance.

King Caralipio led Letran and scored 16 points, grabbed 7 rebounds, dished out an assist, and capped it off with a steal and a block. Brent Paraiso backstopped him with 15 points, 9 rebounds, 2 assists, and a block, while Kurt Reyson put up 13 points, 3 rebounds, and 2 assists, respectively, All 3 of them came off the bench and assured the victory for the valiant Knights.

The game started in an exchange of baskets, but it was the defending champs who first imposed their will, even leading by as huge as 13 at one point. Letran’s adrenaline surge has been fueled by the emotional roller coaster that was the first half. Both teams are under increasing pressure, but it was the Knights who demonstrated their skills to the Generals, 43-37, at the end of quarter number 2.

EAC did not give up easily, however, as they came back and even overtook Letran, 51-49 early in the second half. Allen Liwag, with 20 points, 7 rebounds, and 1 assist, together with Adrian Balowa, with 15 points, 5 rebounds, and 2 assists, are the ones who kept the game on for the Generals.

But the gutsy Knights didn't allow it. Tensions were heating up in the fourth quarter as EAC did its best to catch up and cut the lead. The match was close, but Paraiso was bringing the game on as he paved the way for Letran. The Knights managed to maintain their lead, striving to win in the fourth quarter.

Adrian Balowa however, hit a huge three-pointer for EAC as he cut the lead to 2, 68-70, late in the fourth. Another chance was awarded to the Generals after a jump ball, but JP Maguliano turned the ball over and burned the chances of EAC getting their first and only win in the first round. Reyson hit 2 clutch free-throws to eventually seal the deal for the Intramuros-based squad.

He also revealed that he has mixed feelings about the win of the Knights because EAC gave them a good match and, somehow, a tough one.