Bayan Slams Gov’t for Not Cutting Oil Taxes amid Continuity of Price Hike. 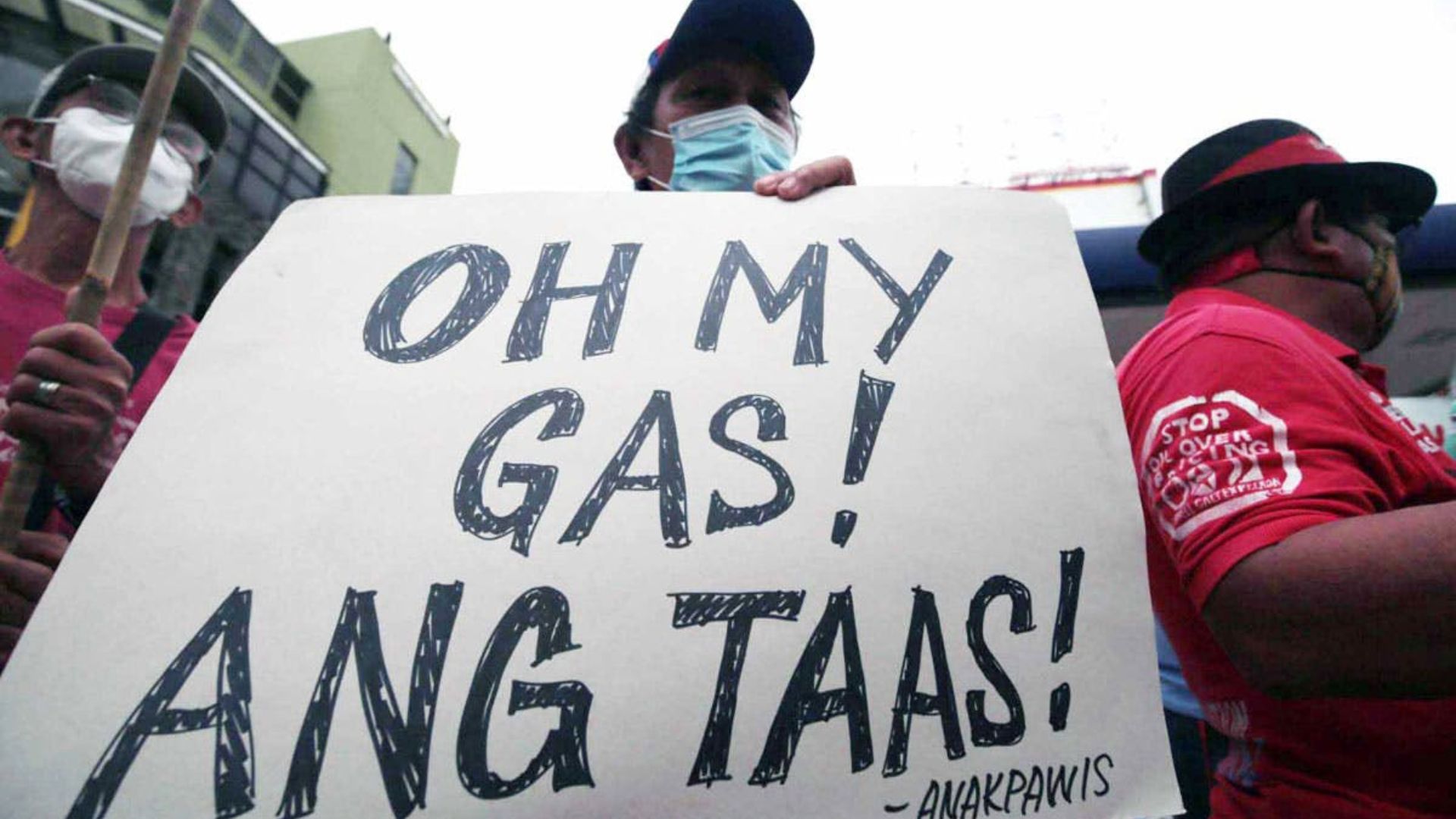 Members of Anakpawis rally against the government for continued increases in Gas prices. Photo from Michael Varcas of the Philippine STAR.

Bayan Secretary General Renato Reyes released a statement on Monday, October 10, 2022, claiming that despite their repeated requests, Marcos was hesitant to lower oil taxes during his 100 days in office.“In the past 100 days, Marcos Jr. refused to even reduce only the massive oil tax. Instead, the government imposed a fare hike which only shifted the burden on commuters,” Reyes said.

“The VAT collection increases in direct proportion to rising oil prices. Simply put, it is oppressive,” he added. Bayan  pointed out that target subsidies are insufficient because the weakening peso and rising fuel prices affect nearly the whole economy.

Although fuel prices have fallen for several consecutive weeks, there is an accumulative net increase of Php. 14.85 per liter for gasoline, Php. 29.4 per liter for diesel, and Php. 24.10 per liter for kerosene for the entire year. These exclude the price revisions on Tuesday.

Following the rise in oil prices, the government implemented a fare price increase for public utility vehicles (PUVs), taxis, buses, and ride-hailing services, which went into effect on October 4.

Bayan Secretary-general Reyes reasoned that  while higher oil prices are anticipated due to the Organization of Petroleum Exporting Countries  (OPEC)'s decision to reduce deep oil output, these higher prices would not materialize until November. Emphasizing that the oil items being marketed today were purchased earlier. Thus, the price increase starting on Tuesday is tyrannical.

He said that if Republic Act No. 8479  or the oil deregulation law which allows oil corporations to dictate oil prices was repealed, the government might have stopped the impending dramatic increase in oil prices.

Bayan has previously asked for the suspension of taxes on oil-related goods, such as the VAT and the excise tax. When gasoline and diesel prices were still between P65 and P75 per liter in March, the organization said it was only accurate and humane to halt the collection of the mentioned taxes.

At first, Marcos agreed that it was necessary to suspend excise taxes on oil to reduce growing prices. However, right after prevailing in this year’s electoral race, Marcos declared that his administration would concentrate on other measures to alleviate the price spikes, such as giving targeted social aid.