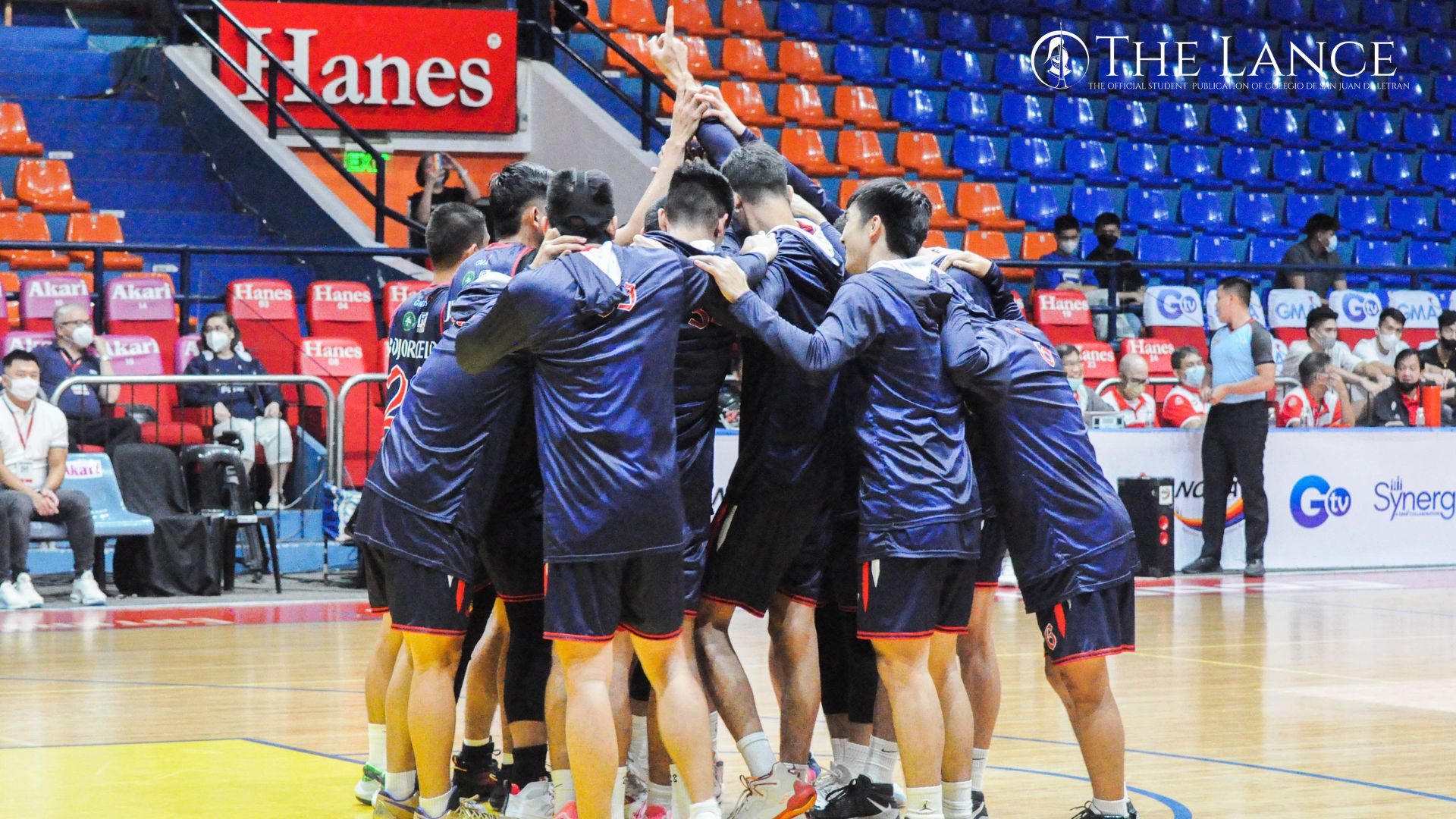 The Victors, Letran Knights huddle to celebrate a win. Photo by Patrick Cruz of The LANCE.

Despite a concurrent change of events that put high hopes on both sides of the court, the Colegio de San Juan de Letran Knights defeated the University of Perpetual Help System Dalta Altas, 70-67, in their NCAA Season 98 matchup held at the FilOil EcoOil Center earlier today.

Both the starters of the Knights and the Atlas showed their eagerness to score, and after several attempts, Louie Sangalang finally broke the ice and scored two points.

Then came the duo force as Fran Yu ran the break and neatly delivers an assist to rookie Enrico Bojorcelo, which gained another 2 points for CSJL.

As tensions rose, Atlas Kim Aurin committed an unsportsmanlike foul against Paolo Javillonar, and served as an opportunity for the Letran Knights to stretch the gap in scores, ending the first at 21-14 with Letran in the lead.

Perpetual closed in on the gap in the second, with Atlas Art Roque's game drive getting up and taking advantage of another great shot, scoring a huge three-pointer that made the Perpetual Community cheer.

On the other hand, King Caralipio took the opportunity of an open space and showed his smooth moves as he took a layup and beat the first-half buzzer, 36-34.

As soon as the third quarter started, Atlas Cedrick Abis seized the opportunity to tie the scores at 36-36 as he broke the defense and made 2 points.

Time continued to tick, and the Perpetual Atlas increased their energy and maintained their lead.

Going deep into the third, momentum shifted in favor of the Perpetual Atlas, creating difficulties and doubts for the Letran Knights.

In the fourth quarter, Sangalang, who was stuck on the bench because of his foul trouble, made his way to lead the team and contributed 8 points to widen the gap between the two teams.

Brent Paraiso's 13 points, four rebounds, and an assist continued what Sangalang left along with his teammates after fouling out. By advancing with both strategic offensive and defensive gameplay, made their way to another tally of wins for the Letran Knights.

Letran improved to 5-3, while Perpetual goes down to 4-4

The following match for Colegio de San Juan de Letran will be against Emilio Aguinaldo College on Wednesday, October 12, 2022, at 12:00 NN at the FilOil EcoOil Centre in San Juan City.