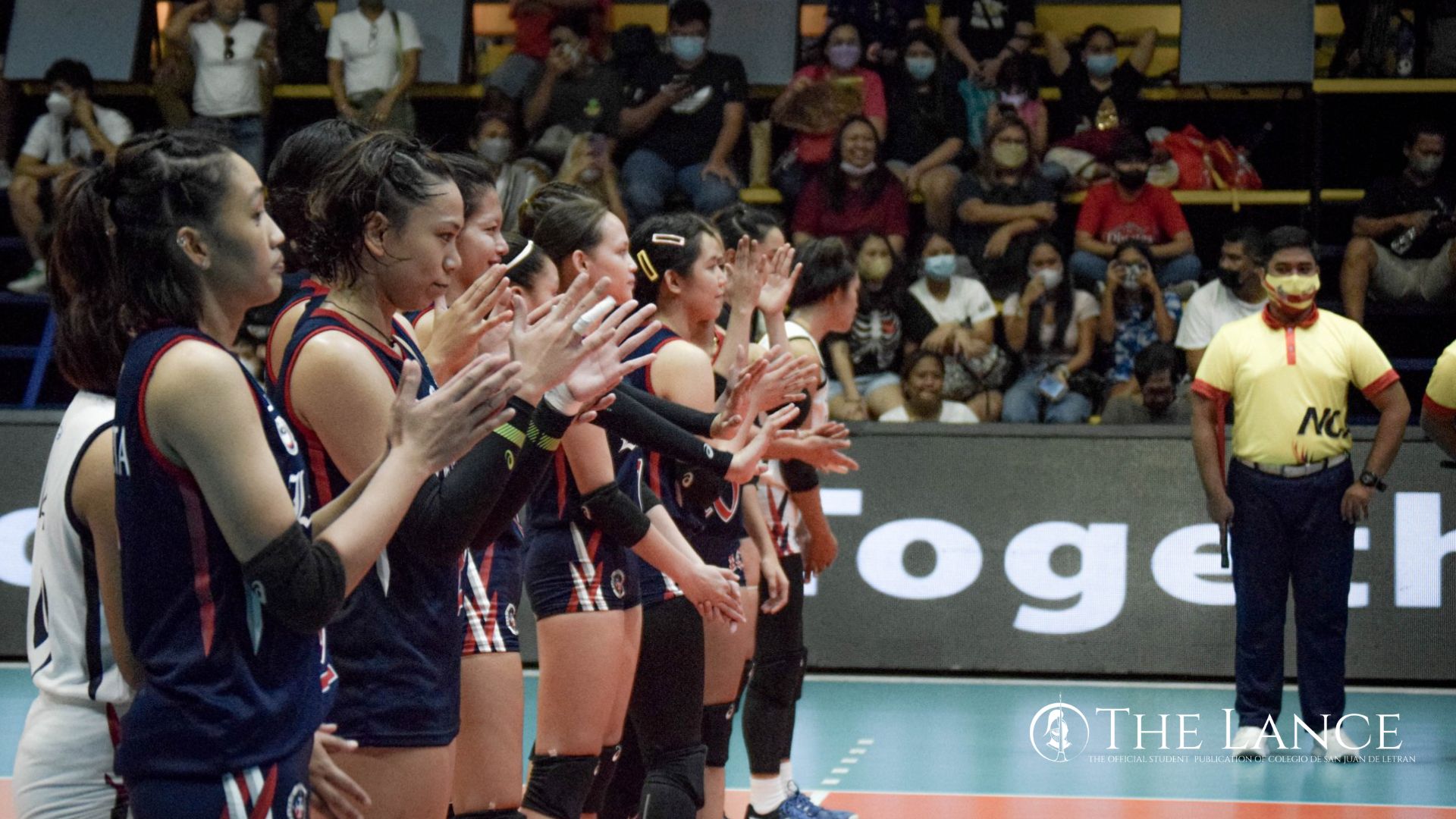 The Lady Knights looking united as ever. File photo from The LANCE.

The Lady Tamaraws started the match strongly, while the Lady Knights struggled with their receive and execution of their plays.

The FEU Lady Tamaraws imposed their will and consistently controlled the pace, resulting in them winning the first set, 25-12.

Letran performed better in the second set, displaying more ferocity and regaining their confidence. The Lady Knights even led by 7, 11-4, at one point, with veterans Daisy Melendres, Cha Cuñada, and Edma Musngi leading the way for them. CSJL started off strong in the second against the Tamaraws, but FEU was able to retake possession of the lead after weathering Letran’s storm,  27-25.

Rookies Juidel Nitura and Yen Martin also ignited the fire for Letran throughout the second set by showing promising attacks on FEU and encompassing every tactic the Lady Tamaraws used to defend.

The brave Lady Knights again trailed in the final set by as much as 11, and their efforts to mount a comeback fell short against the steady Lady Tams. Both teams traded blows before the Knights ultimately lost the last set with a score of 25–15.

Letran’s next game will be on Sunday, October 9, 2022, at the Rizal Memorial Center against the De La Salle University Lady Spikers