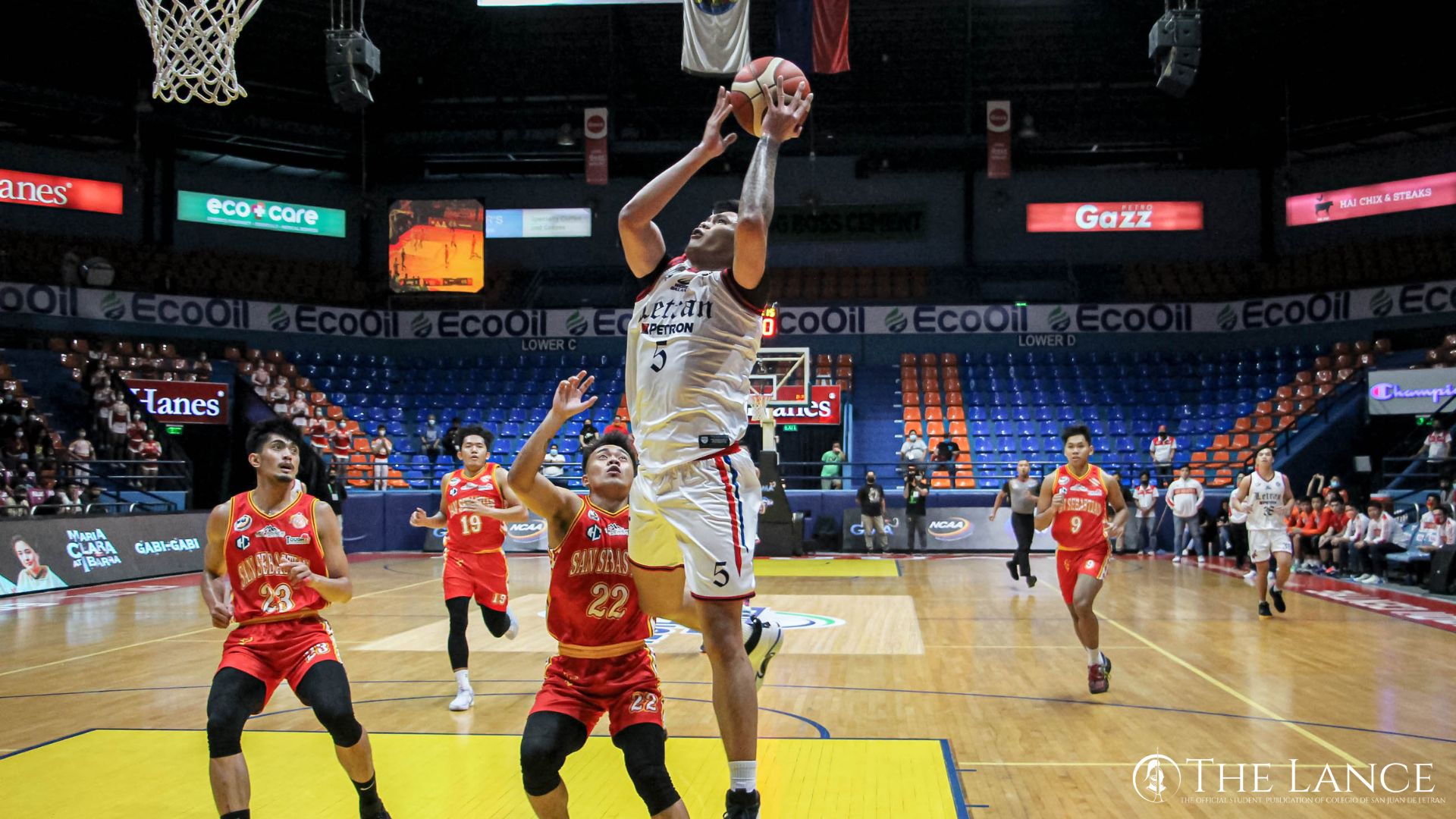 The Letran Knights in a fierce comeback after its 2-game loosing streak. Photo by Christelle Haro of The LANCE.

The Knights improved to 4-3, while the Golden Stags slid to a 2-4 as they continue their early season struggles.

Letran star Fran Yu was the Best Player of the Game and led the team with 9 points, 8 rebounds, 7 assists, and 2 steals. King Caralipio followed this with 13 points and 4 rebounds while providing much-needed help to end their losing streak.

Letran opened the game slow and even trailed the Stags 14-17 at the end of the first.

It was the good mix between the veterans and the young guns that helped the Knights though as slowly but surely, they built their lead in between the 2nd and 3rd quarters,

6 Knights scored 9 points or more with 5 of them finishing in double digits. Returning Louie Sangalang provided a solid 11-point, 8-rebound game. Also joining him in his return was Brent Paraiso who, after a slow start in the game, hit 2 huge three-pointers in the fourth, and finished the game with 10 points and 3 dimes.

Baste tried to close the gap and even got within 3 late in the 4th, 67-70, but Rafael Go made a huge assist to Sangalang to widen the lead to 5. The young and big man finished with 10 markers, 2 boards, and 2 assists. Finishing the list of the Knights who scored in double-digits was Kobe Monje with 10.

It was Kurt Reyson’s triple and Yu’s clutch free throws late in the fourth, however, that sealed the deal for Letran.

Raymart Escobido led the Golden Stags with 18 points, 3 rebounds, 3 assists, and a steal while Romel Calahat and Alex Desoyo contributed 17 and 8 respectively.

Letran’s next game is against the University of Perpetual Help System Dalta Altas at the FilOil EcoOil Centre in San Juan City on Saturday, October 8, 2022, at 3 PM.