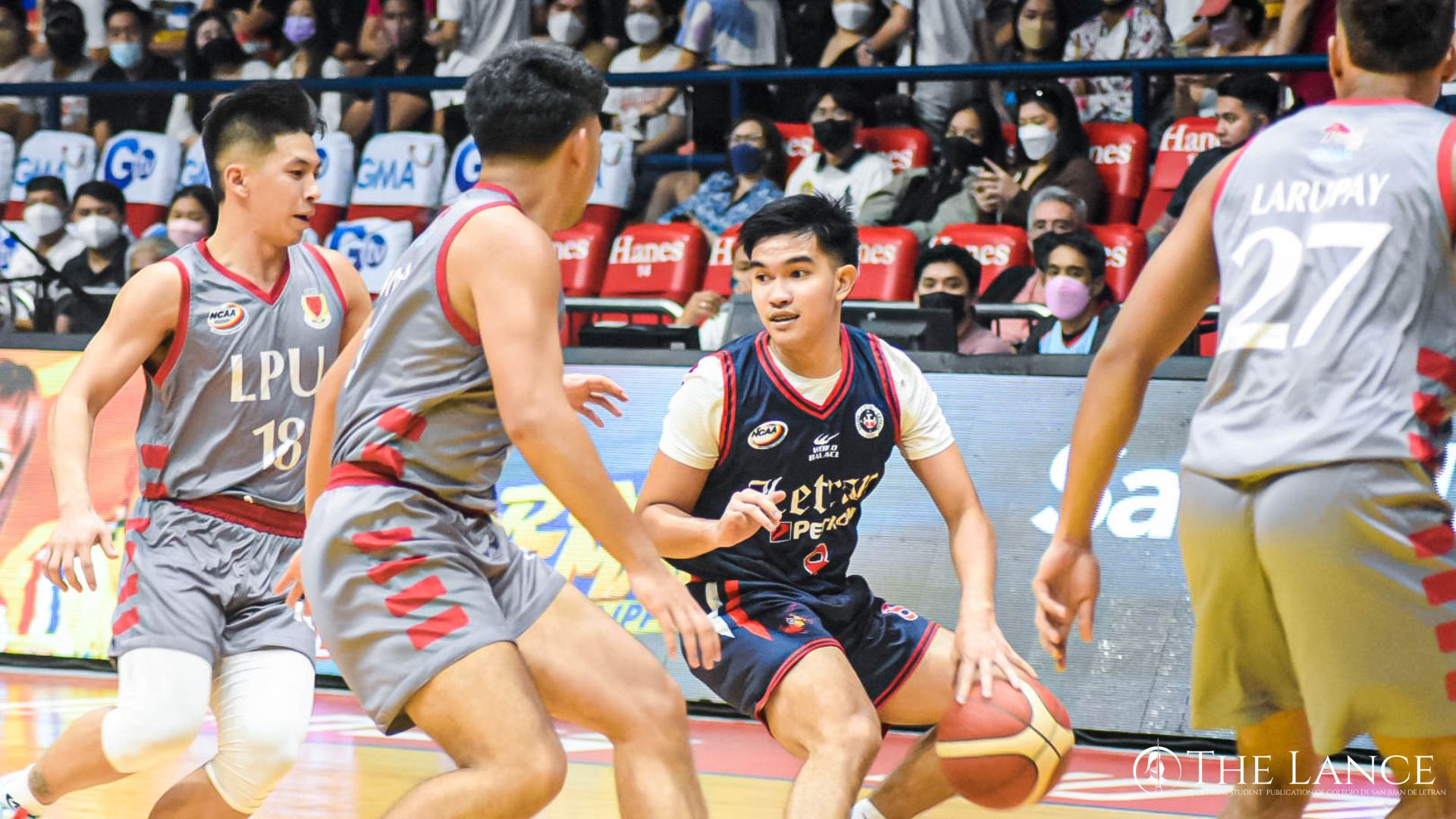 The LPU Pirates in a strong showing against the Letran Knights in the 6th game of the NCAA Season 98. Photo by Cara Fadrigo of The LANCE.

A magnificent start does not ensure a stirring endgame.

Despite performing an impressive start, the Colegio de San Juan de Letran Knights failed to bounce back from their Friday loss against San Beda as they succumbed to the hands of the Lyceum of the Philippines University Pirates, 75-82, earlier today at the FilOil EcoOil Centre in San Juan City.

The Knights fell into a 3-3 slate with this blow, while the Pirates improved to 5-1 in the standings.

Playmaker Fran Yu top scored the Knights with 18 markers on top of three assists, while Kurt Reyson showed consistency in his matches as he nabbed 16 points with seven assists and two steals.

King Caralipio and Kevin Santos also chipped in 12 and 10, respectively.

Breaking away from the push and pull affair early in the match, Letran pulled away with a 12-0 run

Reyson stood up to his lofty billing as one of the Knights’ pillars as he scored three triples in the first quarter, with Letran widening the gap to as much as 16, 29-13.

The Bonnie Tan-led squad was able to maintain their composure in the second canto as they scored three baskets from down the arc, giving them a comfortable 15-point cushion, 40-25 against the Pirates.

However, the Pirates came back to the court while displaying tremendous offense which gave them a seven-one rally, cutting the deficit by three, 46-43. Eventually, a three-pointer from Patrick Montano caused the 46-all deadlock of the match.

The tension between the two Intramuros-based teams grew stronger as they came back to a nail-and-tooth affair with Enoch Valdez leading Lyceum and Fran Yu showing his composure as a veteran for the Knights.

Santos aced two of his free throws which allowed the Knights to trail by just five in the final canto, with 43 ticks remaining in the clock, but eventually, the pressure took over the defending champions as they had difficulties scoring baskets.

Guadana churned out a game-high 20 points on top of two assists and two steals, followed by John Barba who had 12, and Patrick Montano who shared 10.

Letran will face the San Sebastian College-Recolectos Golden Stags on Wednesday at 3 PM at the FilOil EcoOil Centre.