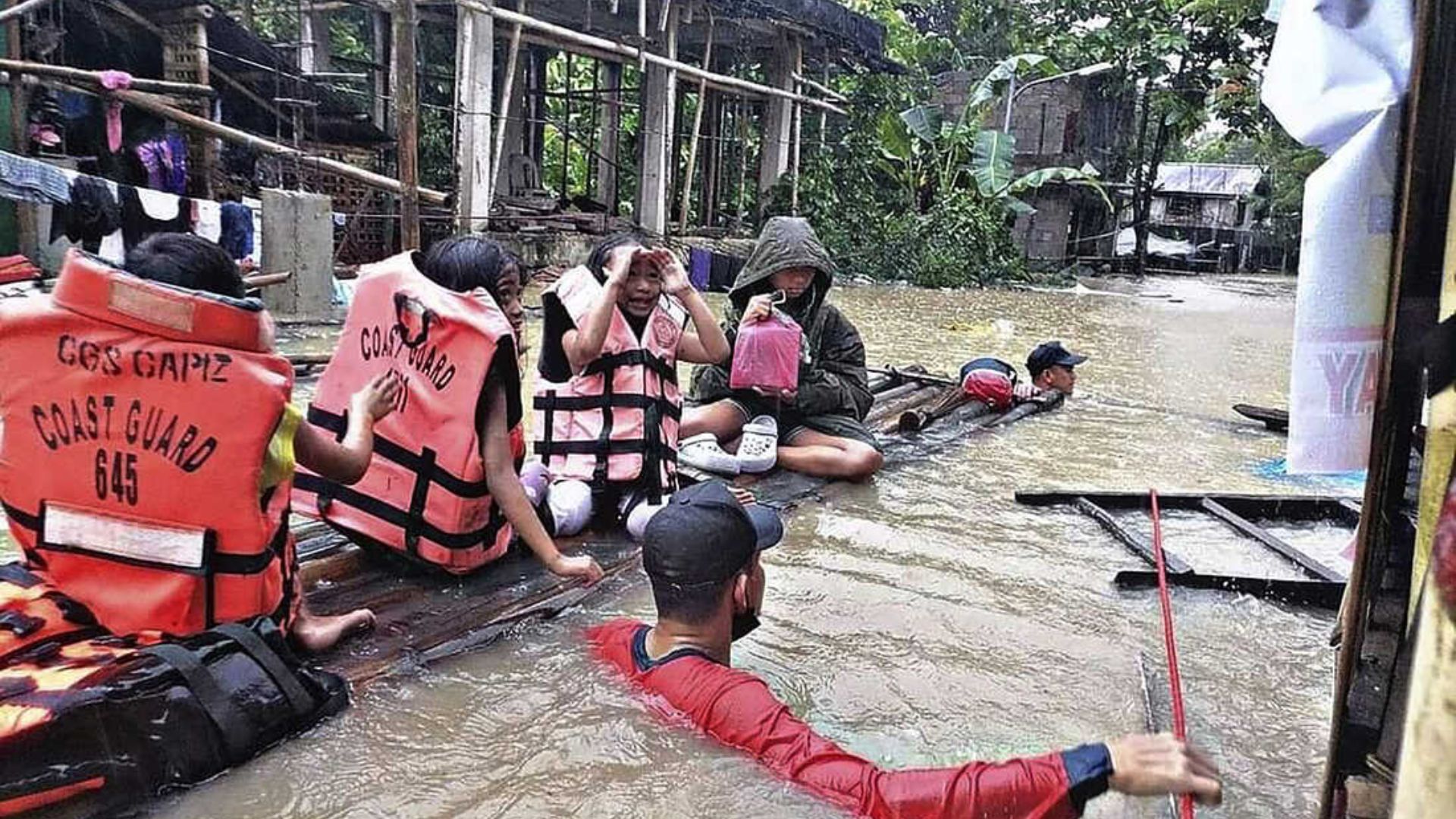 Philippine Coast Guard Rescuers attached to Capiz seen here rescuing stranded civilians who refused to leave their homes when mandatory evacuations were ordered. Photo from the Associated Press via NPR.

Authorities confirm five local rescuers were found dead while responding to inundated villages in San Miguel, Bulacan, according to the Bulacan DRRMO at 5:00AM. It was announced via social media posts and subsequently, via press conference.

Typhoon Karding caused flash floods in Barangays Tigpalas and Samias, rescuers were deployed around 4 a.m to disentangle remaining residents but drowned in the violent rush of water. San Miguel Mayor Roderick Tiongson said they lost contact with the rescuers as the flood in these areas reached more than 6 feet.

The five rescuers belonged to the Bulacan Provincial Disaster Risk Reduction and Management Office (PDRRMO). Governor Daniel Fernando, confirming the victims’ deaths, said the five bodies had been taken to a funeral parlor.

“They were living heroes who were helping save the lives of our countrymen amid this calamity,” Fernando told DZMM radio network. “This is really very sad.”

The families of the dead rescuers will get support, Fernando added.

The province is still under flood where 2000 people still reside in evacuation sites across Bulacan.