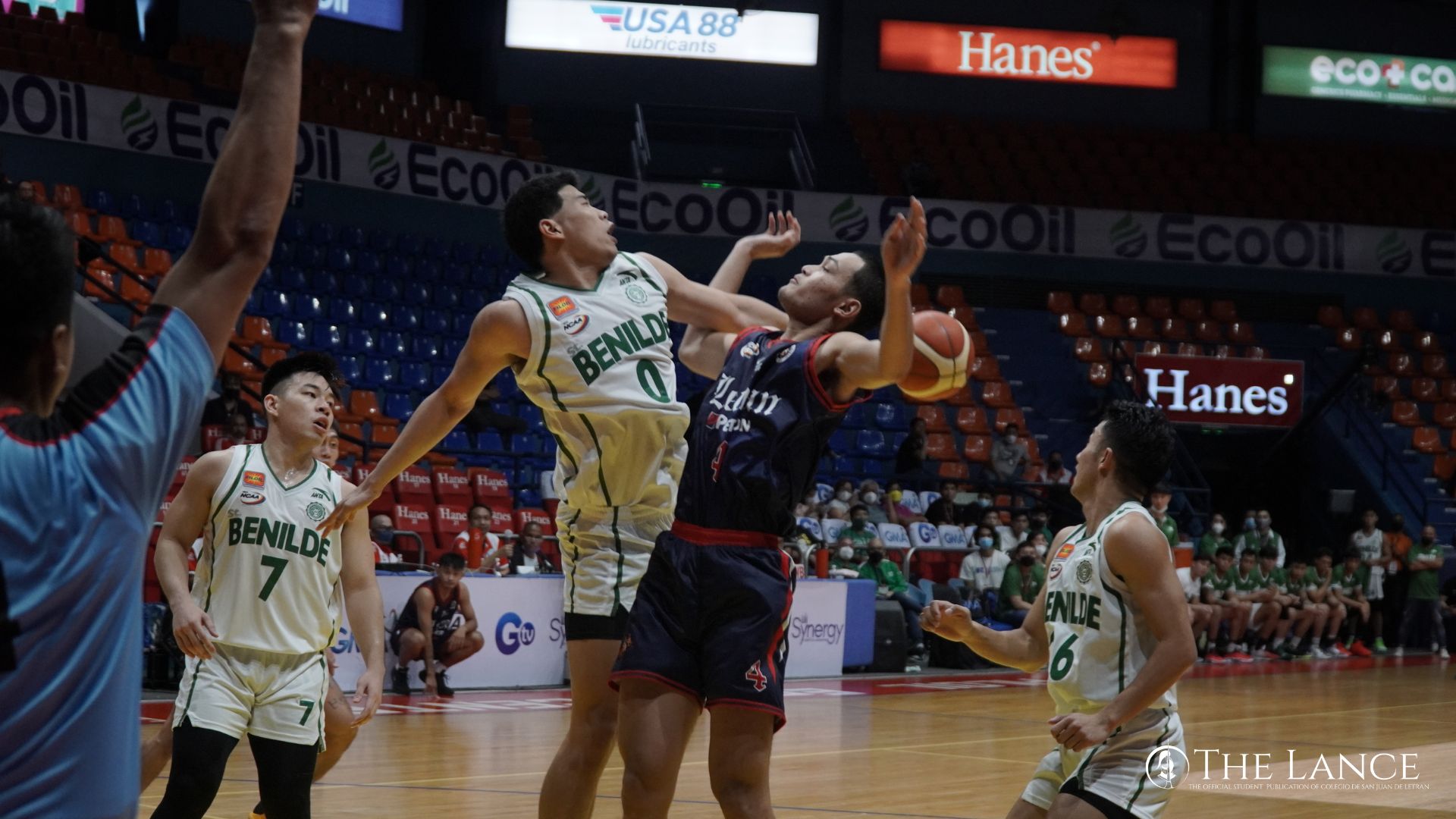 The victorious Letran Knights in a fierce bout with the CSB Blazers. Photo by Arali Chariz Santiago of The LANCE.

The Colegio de San Juan de Letran Knights redeemed themselves big-time as they gave the College of Saint Benilde Blazers their first loss of the season in their afternoon matchup earlier today at the Filoil EcoOil Arena in San Juan City, 81-75.

Brent Paraiso was ablaze in the first half after hitting four out of four from deep and scoring 23 points in just two quarters.

Benilde guard Roby Nayve opened the second period with a four-point play conversion which triggered a series of defensive lapses from Letran, leading them to early foul trouble.

At the 1:57 mark of the third, the Letran faithful had to hold their breaths after Kobe Monje, who was playing solid up to that point, went down after tweaking his ankle. It was, fortunately, nothing serious as the aggressive big man was able to return to the court in fourth.

The third frame became pivotal for the Knights as they began to create separation, gaining their biggest lead of the game at fifteen, 71-56.

But just as the Knights were starting to pull away, the Blazers entered the fourth re-energized and rallied back to cut the lead to two, 77-75.

As the later minutes of the final period started to look like another meltdown from Letran, veteran player Louie Sangalang stepped-up on defense and delivered a crucial block on Will Gozum’s shot with twenty seconds to go.

King Caralipio’s steal at the dying seconds also proved to be big and sealed the deal for the defending champs.

At the post-game presser, Letran head coach Bonnie Tan was asked about the bold statement Sangalang made in their last outing versus Arellano that that would be their last loss.

Paraiso led all scorers with 25 markers on an efficient 64% from the field. Fran Yu also delivered 12 of his own while Monje and Paolo Javillonar chipped-in 10 points respectively.

With today’s victory, Letran improves to 2-1 in the win-loss column while CSB stands close at 3-1.

The Knights’ next assignment will be on Tuesday, September 27, 2022, against their last season’s Finals rival, the Mapua Cardinals at 3 PM.