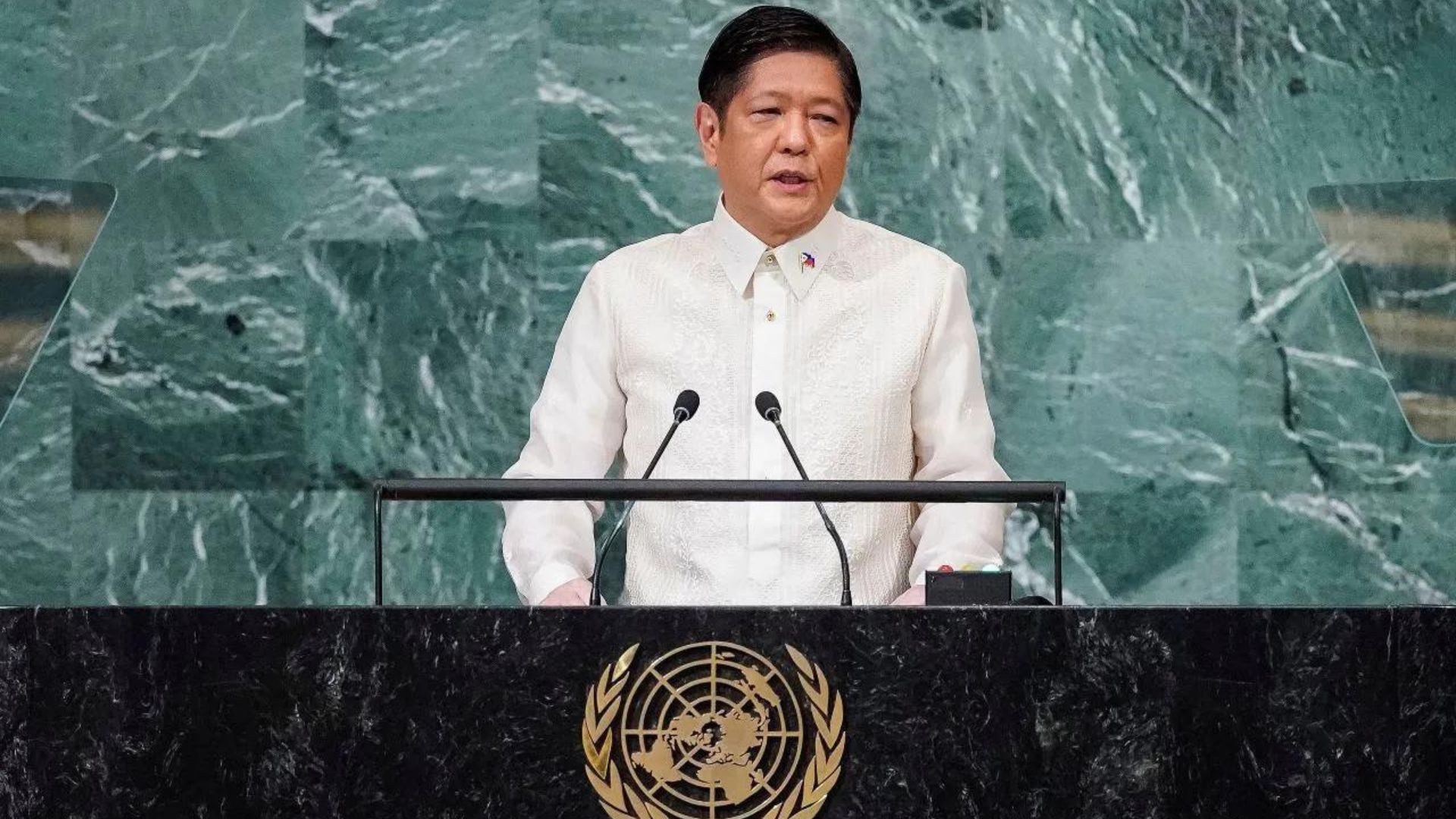 President Marcos Jr. giving a speech at the United Nations General Assembly at the UN HQ in New York. Photo from Rappler.

President Ferdinand "Bongbong" Marcos Jr. participated in addressing the challenges of today's nations during the 77th session of the United Nations General Assembly (UNGA) held at the UN Headquarters in New York on September 20, 2022.

“Let us dream, let us work for those successes for all our nations, united!” Marcos jr. said in his speech. He emphasized the importance of unity at the UN high-level debate and encouraged world leaders to come together to solve current issues. With the UNGA's theme, “Watershed Moment, Transformative Solutions to Interlocking Challenges”, Marcos Jr.  tackled the issues regarding climate change, food security, and the implementation of the rule of law.

He also urged the council to maintain the principle of “rules-based international order”, highlighting the Manila Declaration of 1983 and the United Nations Convention on the Law of the Sea as a way of solving disputes through peaceful means.

He also asked the assembly to support the Philippines' bid to the UN Security Council for 2027-2028, which will benefit the council in maintaining peace and cooperation worldwide.

After the UNGA, Marcos Jr. is also expected to attend several economic briefings in New York that aim to expand and strengthen the relationship between the Philippines and America in trade and investment.