Letran Suffers their First Loss Against the Arellano Chiefs, 69-72 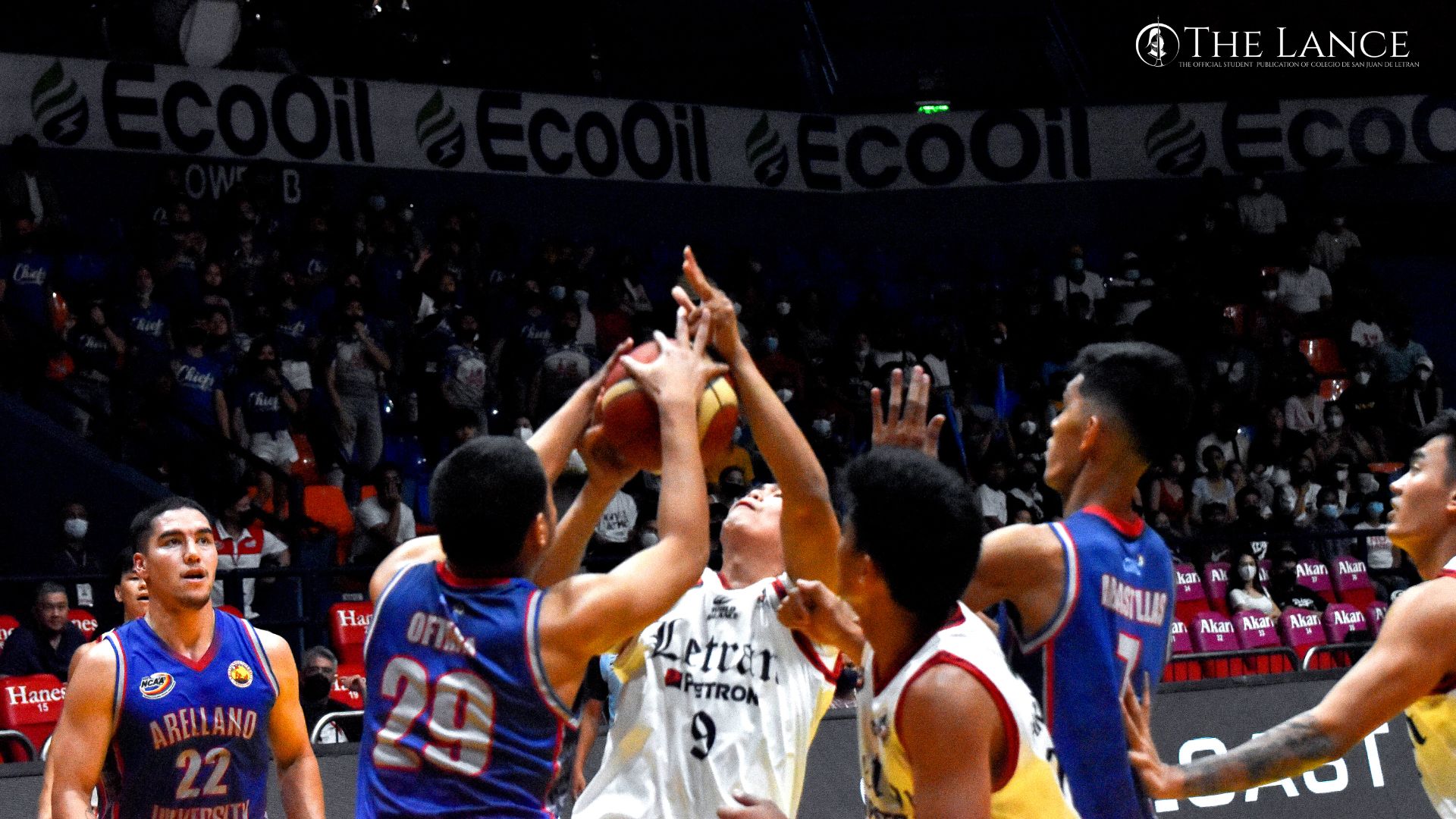 The Letran Knights were in a heated battle with the AU Chiefs, ultimately loosing game 2. Photo by Allen Matthew Velasquez of The LANCE.

The Colegio de San Juan de Letran Knights encountered an early setback in the season with their first loss against the Arellano University Chiefs, 69-72, earlier today at the FilOil EcoOIl Centre in San Juan.

Despite the loss, the Knights still showed an outstanding performance led by Mark Louie Sanggalang with 19 points, 16 rebounds, and 3 assists. Not falling behind that was King Caralipio with 16 points and 13 rebounds.

Both CSJL and AU had quite a slow start. However, as soon as the score had widened, especially with Letran in favor, the Chiefs started to make more aggressive plays thus closing the scoring gap. And with that score coming to 11-10, the Arellano Chiefs made a last-second shot to end the first quarter, 11-12, in favor of AU.

Straight into the 2nd quarter, both sides started to play much faster and fiercer. The scores kept tieing up but Sanggalang and Brent Paraiso swooped in and ended the 2nd with the score of 34-30 in favor of Letran.

As the 3rd quarter went on with intensity, the score quickly built up to 47-39. With Caralipio and Sanggalang on the move, it wasn’t long till the 3rd quarter ended with the Knights on the advantage with the score, 56-49.

But no one could’ve expected the play made by Arellano Chiefs as they were scoring left and right, turning their score of 49 to 63 amid the 4th quarter. During the final minutes, the Knights tried to close in on the scores but it was of no use as the Chiefs kept scoring right after. And in the last seconds of the 4th quarter, Kurt Reyson tried to recreate his game-tying 3 against JRU to put the game into overtime but it was of no use thus the game ended, 69-72, with Letran’s first loss in the season.

This also marks the first loss of Letran since game 2 of the NCAA Season 95 Finals last November 2019.

The next game of our Letran Knights is on Sept.23, Friday, against the College of St. Benilde Blazers at the FilOil EcoOil Centre in San Juan.