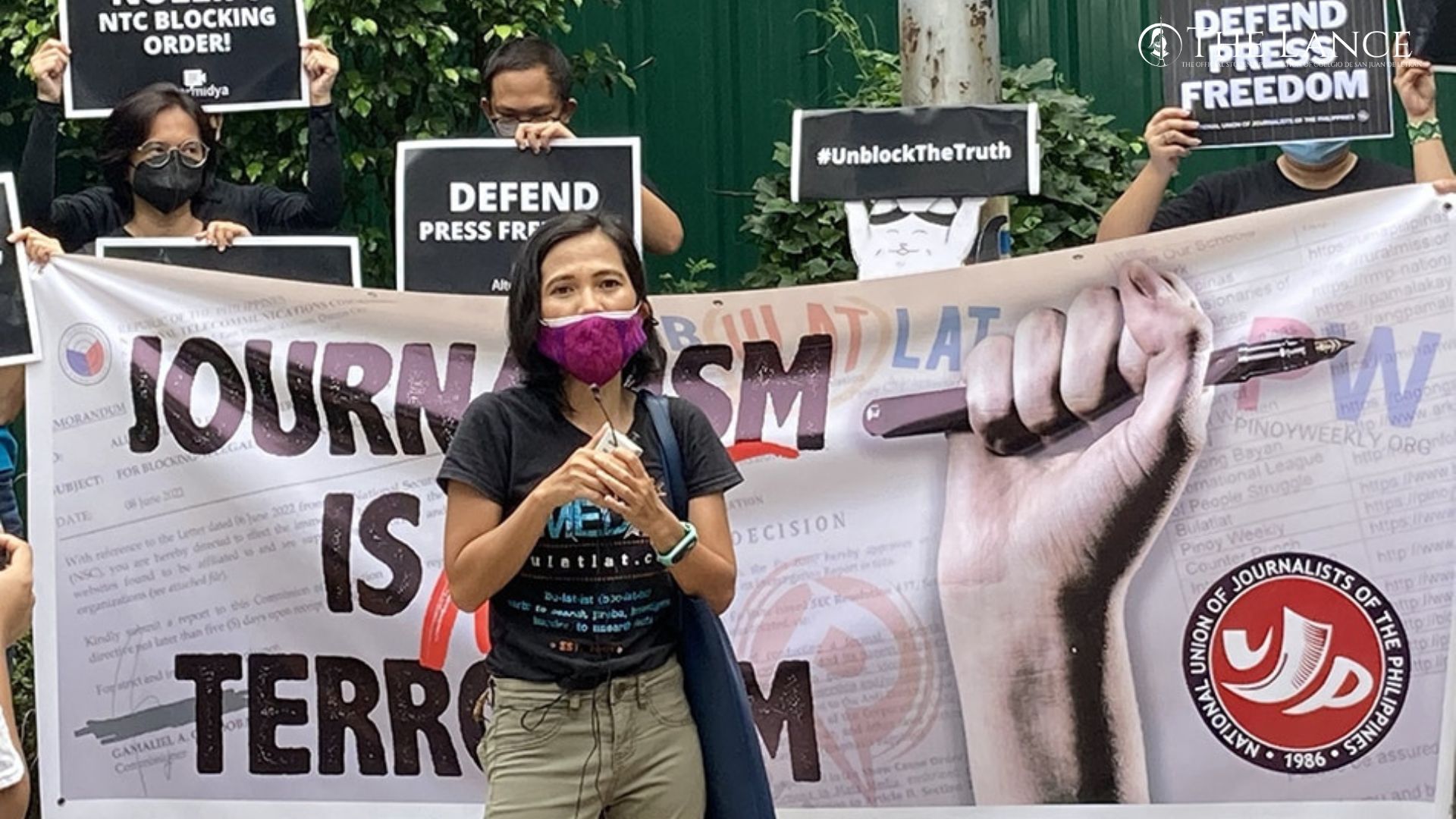 A member of Bulatlat defending their right to the Freedom of Press and Information. Photo from ABS-CBN.

Esperon's lack of merit is disputed by the media company, further reasoning that "no new arguments or supervening events" had been presented by the objector. The QC court considered and granted Bulatlat’s request for preliminary injunction, preventing the NTC from shutting down the news website again.

In June, Esperon reportedly claimed that 28 websites, including Bulatlat's internet domain, were associated with and actively aiding terrorists and terrorist organizations when he petitioned the NTC to prohibit public access to them.

In support of his allegations, Esperon did not present any further grounds other than the anti-terror council's prior resolutions identifying the Communist Party of the Philippines (CPP), the New Peoples' Army (NPA), and the National Democratic Front as terrorist organizations (NDF).

Opposing Esperon’s act of red-tagging, the publication filed appeals to the Quezon City court and went through a series of legal actions to return its online operations.

In August, the independent online media was reportedly back online when the court granted order to the NTC in stopping the shutdown of the impacted websites. This is after journalists and rights organizations coordinated protests and legal action against this recent attack on the independent press, freedom of speech, and press freedom.