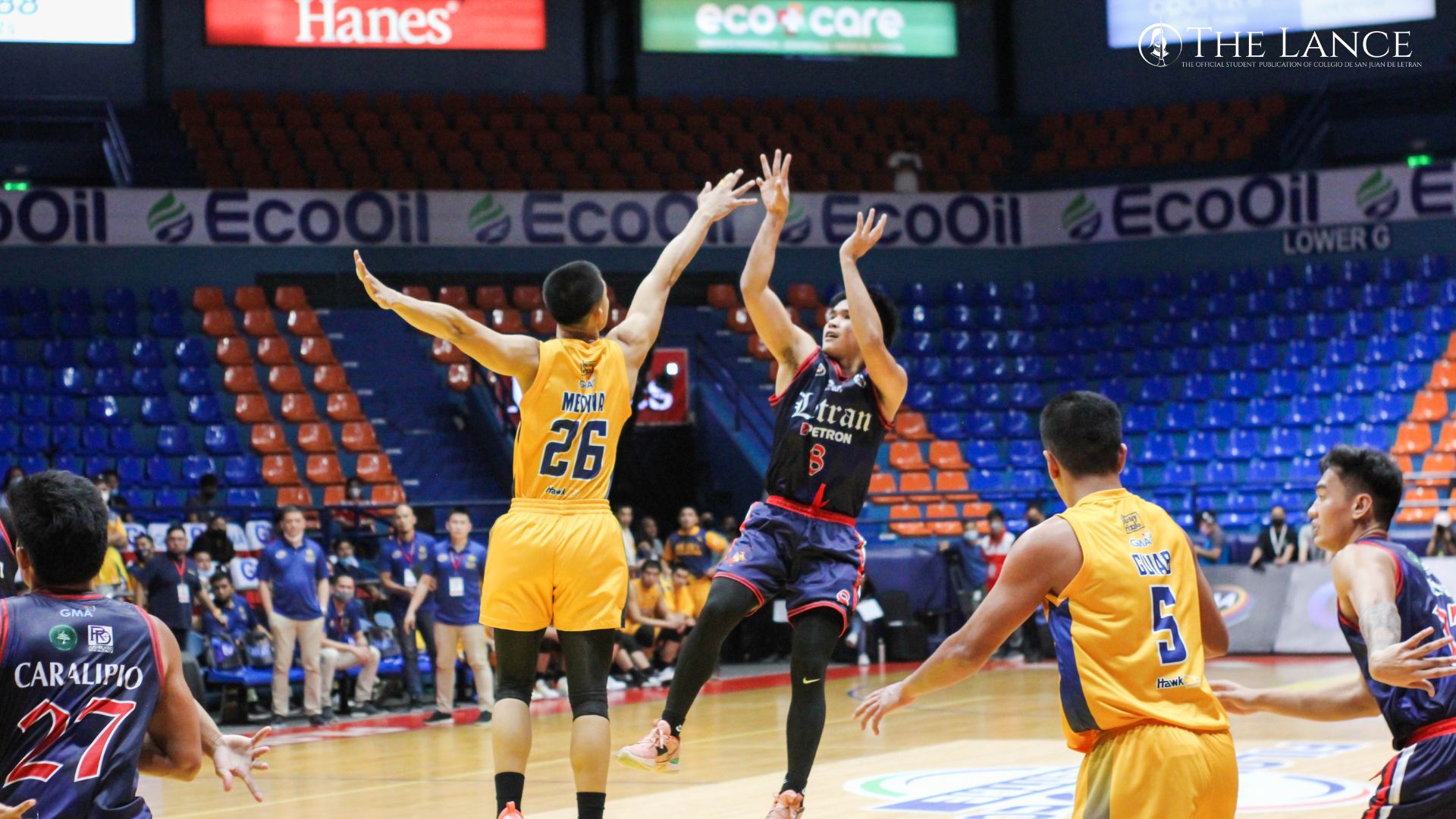 A victorious first game! The Letran Knights won against the JRU Heavy Bombers in its first Game of the NCAA Season 98. Photo from Yvonne Altaire Solon of The LANCE.

The Knights started slowly in the opening salvo but were kept afloat by Kurt Reyson’s two three-pointers in the first.

Letran tried to close the gap during the following quarter, but JRU’s rebounding and 58.8% shooting from the field in the first half allowed the Heavy Bombers to weather any run Letran was making. JRU led by as much as 8 going into the half, 49-41.

The 2nd half is when Letran started to gain steam with timely baskets from veterans Fran Yu, King Caralipio, and Brent Paraiso who had 14, 13, and 12 respectively. Letran overcame JRU’s hot shooting and showed their championship composure, playing better on both ends of the court.

It was Kurt Reyson however, who made magic for the Knights. He finished with a career-high of 31 points, crashed 5 boards, and dished out 5 assists alongside a sizzling 6/8 shooting from beyond the arc. His timely three-pointers also lifted the defending champions back to life after hitting a clutch trey to tie the game at 89 in the dying seconds of regulation after.

Team Captain Fran Yu vouched for Reyson’s great performance, saying that he has Kurt’s trust, and it is indeed his time to step up. “Kailangan talaga may mag step-up from the loss of Rhenz (Abando).”, Yu adds.

The next game of the Knights is on Sunday, September 18, 2022, against the Arellano University Chiefs at the FilOil EcoOil Centre in San Juan. Game time is at 12 PM.