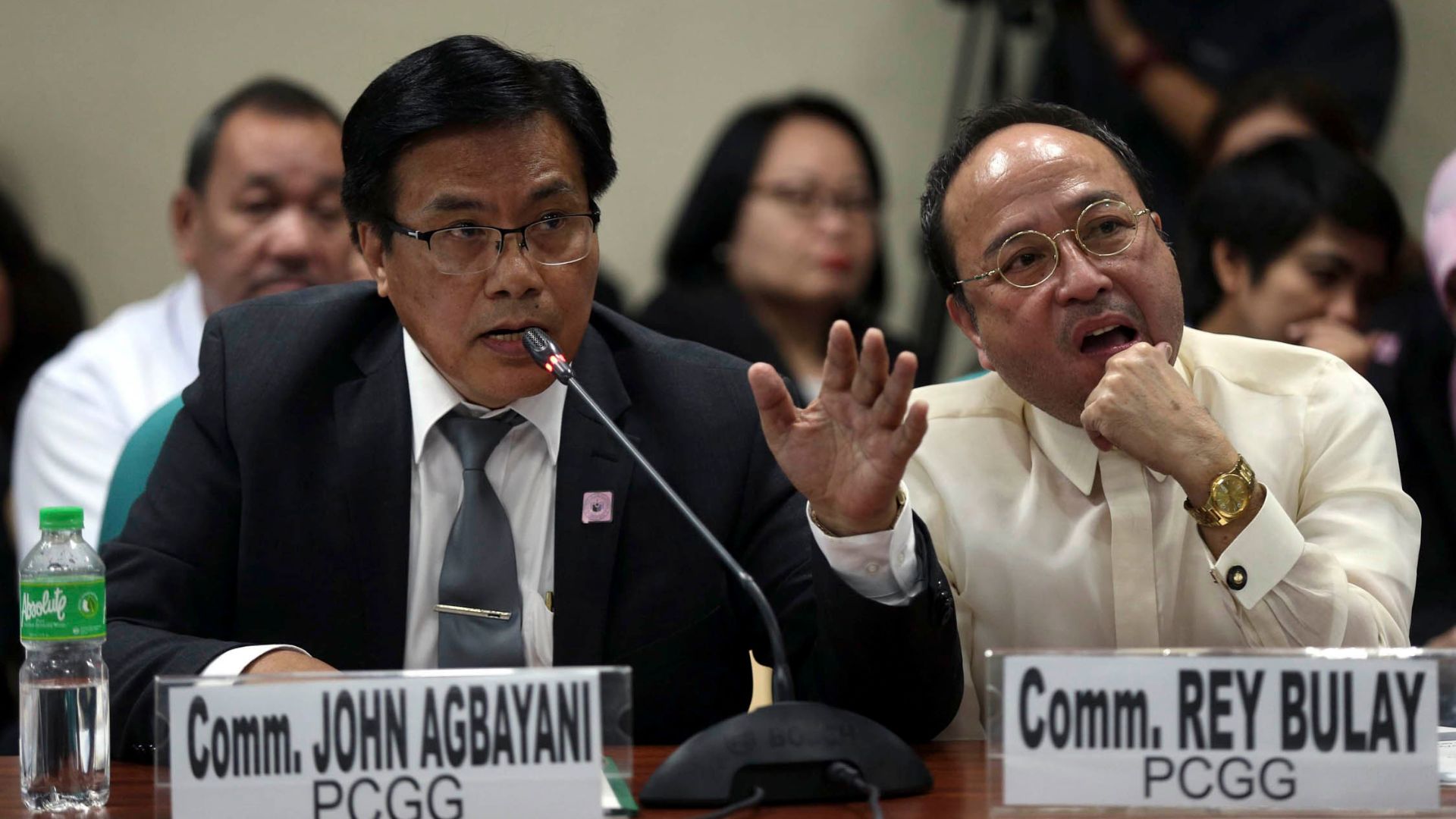 Commissioner John Agbayani during a heated debate in Senate. Photo from the Inquirer.

Manila Rep. Benny Abante filed House Bill 4331, which seeks to scrap the Presidential Commission on Good Government (PCGG) as it is seen as ineffective under the Marcos administration.

He claimed that the PCGG is futile and “has now become a big embarrassment to the government” after its formation in 1986 by former President Corazon Aquino.

The agency was established through Executive Order 1 and tasked to seek the ill-gotten wealth of the Marcoses, which includes their family, relatives, and affiliates.

Abante stated that the agency could not function properly since the current administration is another Marcos. He added that the courts had dropped most of the cases filed by the agency. "Ang sa akin (To me), what we have seen in the PCGG are diminishing returns, the longer it remains in its existence, the less its output," He stated.

Akbayan Party executive leader showed disagreement with Abante’s notion. He stated that abolishing the PCGG would mean "surrendering to plunderers and giving up on the billions of pesos that rightfully belong to the Filipino people."

Former PCGG chair Andy Bautista stated that the agency had reclaimed approximately Php. 171-billion from the ill-gotten wealth of the Marcoses and their affiliates since its formation in 1896. He added that around 6 billion dollars are still unclaimed from the Marcoses.