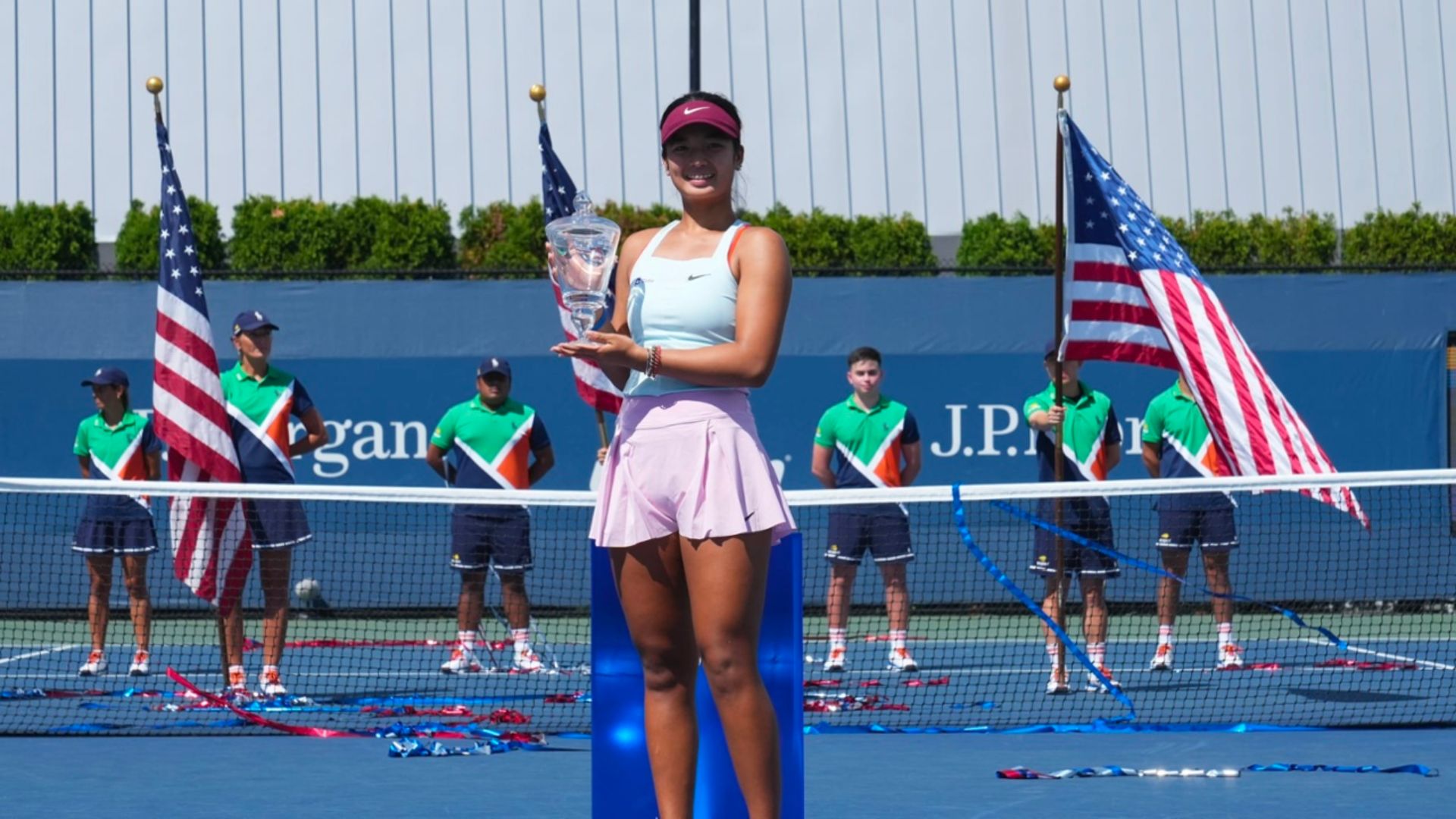 Alexa Eala standing proud after winning the US Junior Open. Photo from: US Open

Another HERstory has been made.

After trampling the World No.3: Lucie Havlickova, Alex Eala has emerged victorious as the US Open Girls singles competition champion, making her the first Filipino to win a Grand Slam singles title.

The Quezon City native established her strength and ascendancy after breaking off a two-all deadlock in the fourth game, dominating the remaining games to finish the first set commandingly.

The Czech fought back and clinched out a commanding 3-1 advantage before the Filipina had her own comeback and engaged in a tie at 4-4. A backhand error committed by Havlickova eventually paved the way for Eala to clinch the championship.

Since the start of the competition, Eala did not drop a set against her opponents, starting with Canadian Annabelle Wu (6-3, 6-0) and Nina Vargova (6-2, 6-3.)

Before advancing to the finals, Eala underwent a Cinderella journey in the third round. Placed as the 10th seed, she reigned supreme against eighth seed Australian Taylah Preston (6-2, 7-6), then faced 14th seed Mirra Andreeva (6-0, 6-4)  and the ninth seed, Canadian Victoria Mboko (6-1, 7-6) in the semifinals round.

This feat is Eala’s third grand slam honors following her doubles title with Priska Nugroho in the 2020 Australian Doubles Open and with Oksana Selekhmeteva in the 2021 French Doubles Open.

Currently, Eala is a scholar at Rafael Nadal Academy in Spain where she polishes her skills. She is also the niece of the former PBA commissioner and newly appointed Philippine Sports Commission Chairman Noli Eala.