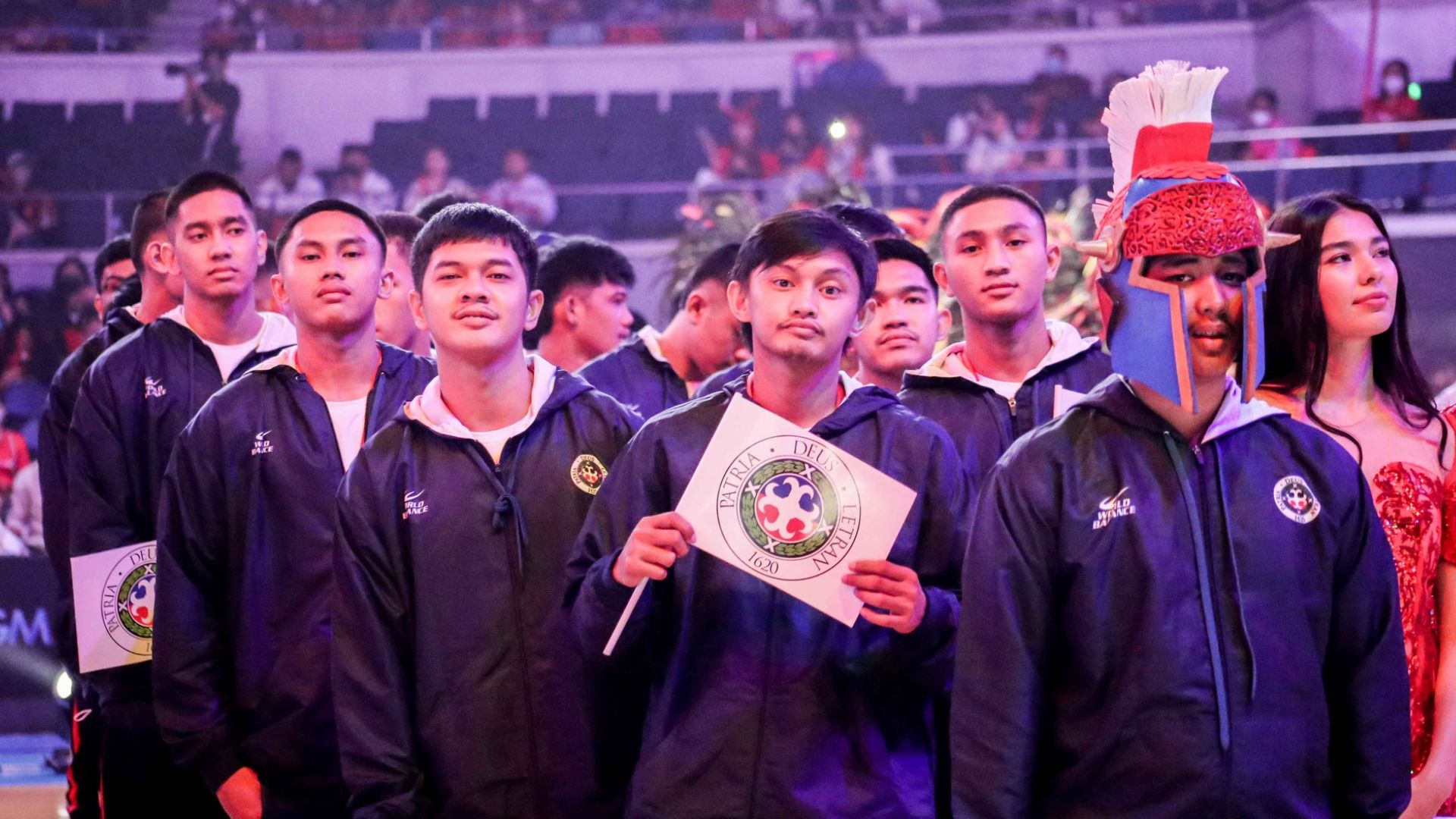 The Letran Knights at the NCAA Opening Ceremony and Game at Araneta Coliseum. Photo from NCAA Philippines.

The National Collegiate Athletic Association (NCAA) Season 98 officially kicks off today, September 10, 2022, at the Smart-Araneta Coliseum. Through its third season in collaboration with GMA Network, the collegiate athletes will showcase their knacks with a new theme: Achieve Greatness Every Day.

Martin Javier alongside Manolo Pedroso and former beauty Rabiya Mateo served as the event’s hosts while the Philippine National Anthem was performed by Christian Bautista. It was followed by brief performances of the different cheering squads of the NCAA schools.

The Coliseum was ushered in by the athletes' parade with their flag bearers and muses. For the Letran Knights, it was Nico Fajardo and Pam Prinster who escorted the defending champions as they were presented.

"Make it a habit to try and surpass yesterday's best, to push beyond what you have accomplished in athletics, in academics, in service to others, and in always doing what is right.", said Dr. Jose Paulo Campus of the Emilio Aguinaldo College while he addresses the audiences as they host Season 98. The ceremony ended with the EAC Cheering Squad performing a rendition of "Awit ng Kabataan" by Rivermaya.

The games after the opening ceremonies were the EAC Generals against the AU Chiefs followed by the Mapua Cardinals vs. the San Beda Red Lions.

They will be playing their first game versus the JRU Bombers on Wednesday, September 14, at the FilOil Eco Oil Center in San Juan. Catch all the games live on GTV every Tuesday, Wednesday, Friday, Saturday, and Sunday.