Letran Community Bolsters up the Pep Rally 2022: Knight and Proud 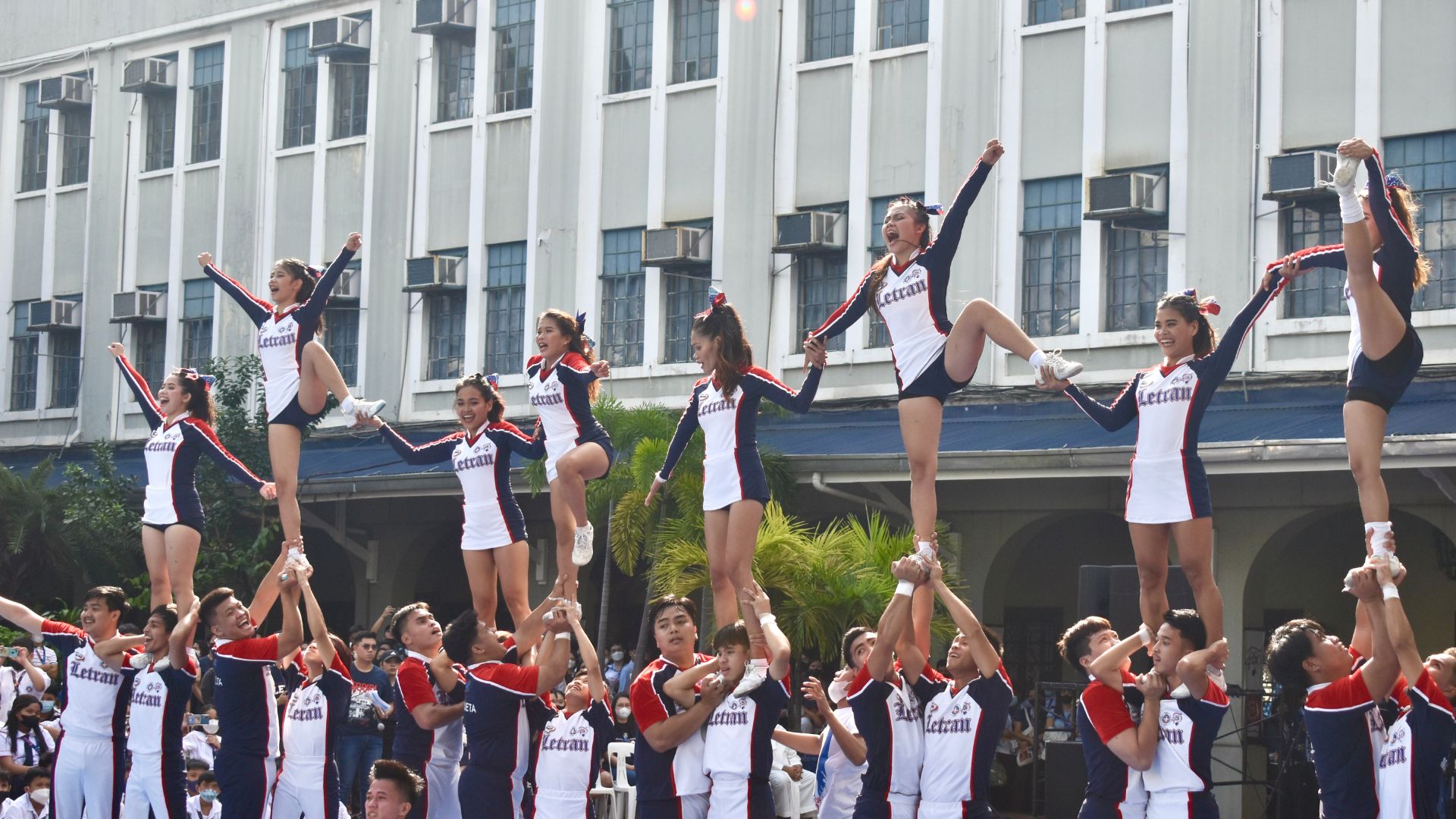 The Letran Cheerleading Squad with an amazing comeback performance during the Pep Rally 2022. Photo by Allen Matthew Velasquez

September 7, 2022 — Before the NCAA Season 98 starts on Saturday, September 10, at the Smart-Araneta Coliseum, the whole Letran Community gathered yesterday and showed their solid support as they witnessed the unveiling of the Student-Athletes who will compete in the upcoming season of the almost-grand old league.

This year’s Pep Rally finally welcomed back the whole Letran Community, an annual tradition since it was halted by the COVID19 Pandemic. The athletes were welcomed with warm and energetic cheers from everyone.

Organized by the Department of Student Affairs and the Media Works, the NCAA Season 98 athletes received all the support and inspiration they would be needing as they are to face tougher challenges ahead of them.

Sparkle Artists Tanya Ramos and Sean Lucas of GMA Network joined the festivities and together with the Letran Cheering Squad and the UKnighted Dance Company, they displayed their talents to show their undying support for

A Bumpy Road ahead of Season 98

The Defending NCAA Champions experienced an early bump in the road for their quest to get the three-peat as four out of 18 members of the Men’s Basketball Team has been confirmed of contracting COVID-19 earlier this week.

With this news, the NCAA has moved Letran’s game against the EAC Generals which was supposed to be the season opener, and would instead have EAC vs the  Arellano University Chiefs to tip-off the 98th season of this tournament.

Ira Bataller also made headlines as the former UST Growling Tiger has been ruled out of Season 98 after not meeting the Colegio’s academic requirements for student-athletes, the same issue he faced last year.

Despite these few challenges and the departure of Forward Rhenz Abando, the Letran Knights look forward to their stint in this upcoming season led by veteran guard Fran Yu and bigman Louie Sangalang.

The first game of the Letran Knights would be against the JRU Heavy Bombers on Wednesday, September 14, 2022, at the FilOIl EcoOil in San Juan at 12 PM