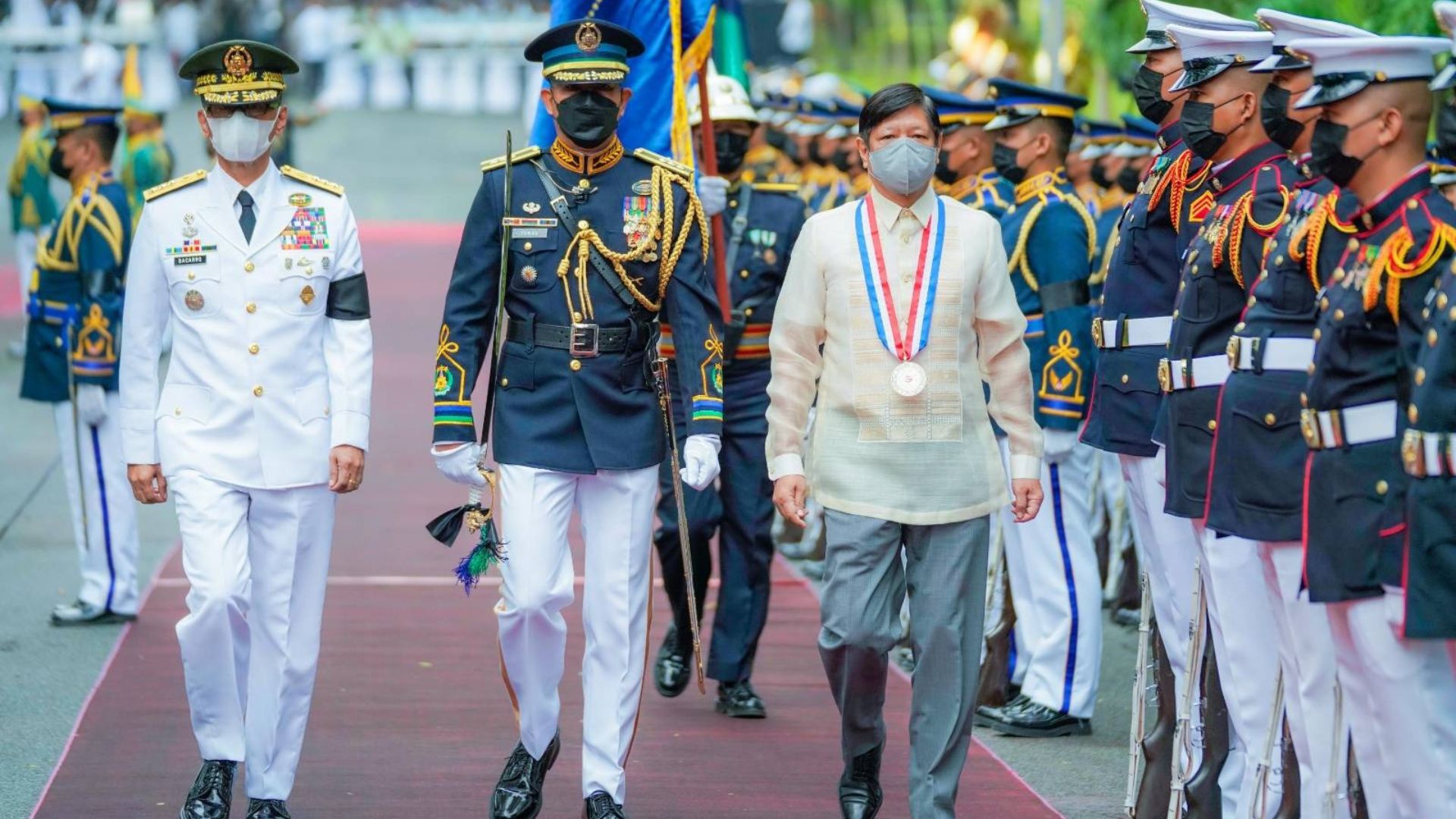 President Ferdinand "Bongbong" Marcos Jr. with the armed forces of the Philippines. Photo from Office of the President.

The Philippines celebrates its National Heroes’ Day on Monday, August 29, 2022, with the theme "Heroism towards Unity and Progress" as declared by the National Historical Commission of the Philippines (NHCP).

In retrospect, The Philippine Legislature declared Act No. 3827 on October 28, 1931, establishing the last Sunday of August as an annual national holiday honoring heroes of the country.

The 13th congress, under former President Gloria Macapagal-Arroyo, amended it into RA No. 9492. It stated the public holiday is to be observed every last Monday of August rather than its prior date.

Notable people are recognized on this day, such as Jose Rizal, Andres Bonifacio, Melchora Aquino, and Antonio Luna.

Today, frontliners, such as health workers, teachers, farmers, and OFWs are recognized as modern-day heroes as they have shown patriotism and nationalism amidst the COVID-19 pandemic.

In his message, he acknowledged the works and lives of historical people, medical workers, professionals, laborers, public servants, uniformed personnel, and ordinary citizens.

"We remember and honor each of them for the sacrifices they made on our behalf so that we may live in peace, security, and liberty as well as realize our full potential as Filipinos," said Marcos.

The President also urged the Filipinos to take part in the “difficult but rewarding” task of nation-building as the blood and spirit of our fellow Filipino heroes flow in ourselves and our identity.

“As we celebrate this day dedicated to our nation’s heroes, let us strive to fulfill our own promise so that we may also be heroes in our own right and a source of pride and inspiration for the succeeding generation of Filipinos to emulate,” the president added.

Furthermore, Marcos stated his plan with the Philippine Veterans Affairs Office (PVAO) to build hospitals within Visayas and Mindanao dedicated to the welfare of veterans.

He also appealed to the people to join the vaccination programs for the protection and health of the public against the existing threat of COVID-19.

Honor with a Promise

In a social media post, the VP shared her message to the Filipino community regarding the national event. She emphasized that the lessons from the past should be used to awaken the greatest heroes inside the hearts of Filipinos, especially the youth.

Concluding her message, VP Duterte called on the public to continue loving their country and honor its national heroes with a promise of utilizing their sacrifice by inspiration of continuing to protect the integrity of the Filipinos’ independence and the interest of our nation.

The Intramuros Administration, in cooperation with the Accredited Tour Guides Service Cooperatives, offers free guided tours at the historical Fort Santiago only on Monday from 9 AM to 4 PM to commemorate the holiday.

As a public holiday, the general population is also provided a day off from work, businesses, and school in both the public and private sectors.