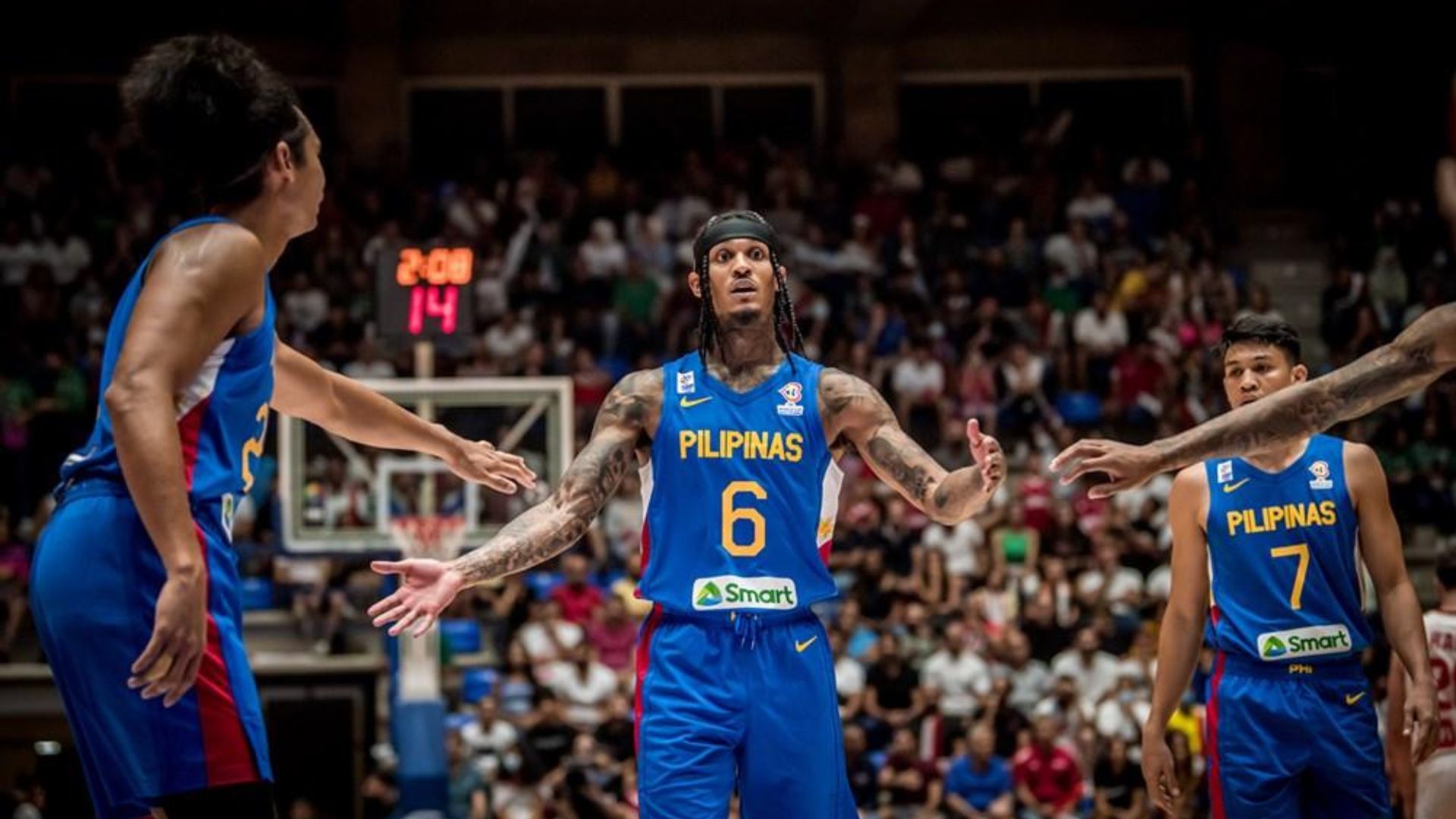 Gilas Filipinas in a opening stunner against KSA. Photo from FIBA Philippines.

GILAS PILIPINAS were hometown heroes on National Heroes’ Day as they finally broke their losing skid after they defeated the Kingdom of Saudi Arabia, 84-46, earlier tonight at the Mall of Asia Arena in Pasay City.

Coming from a disappointing loss against Lebanon last August 28, the Men’s National Team was more than eager to avenge their home court in front of more than 19,000 fans. While Gilas is already assured of a spot in next year’s World Cup, this does not mean that the current qualifiers are not to be taken seriously.

Both teams started slowly in the opening quarter as they struggled to find their rhythms. Gilas only made two field goal attempts, both coming from beyond the arc by the 2021 NBA 6th man of the year Jordan Clarkson. JC ended the quarter with a buzzer-beating trey from halfcourt to cut Saudi Arabia's lead to 3, 11-14. He finished the game with 23 points, 5 rebounds, 6 assists, and 5 huge three-pointers.

The 2nd quarter is when the Philippines started to hit their shots, including a Dwight Ramos poster and a Japeth Aguilar slam which took the roof off the MOA Arena. Dwight finished the game with 9 points and 6 rebounds while Japeth contributed 8 of his own.

After the halftime break, Gilas banked on their momentum and widened the lead to 25, 61-36. KSA missed a lot of open three-pointers and their defense was nowhere to be found. A collective effort and balanced attack on both ends of the floor helped the Gilas Boys to handcuff Saudi Arabia in the 3rd, limiting them to only 8 points.

Complete dominance was shown by Team Philippines in the final quarter after they further increased their lead to as huge as 40. Kai Sotto stood tall over everyone, finishing the game with 16 markers, 13 boards, and 4 blocks. Team Captain Kiefer Ravena also contributed 8 points to start the fourth, but it was the Philippines’ defense who did the heavy lifting for them. They limited Saudi to only 18 points in the whole second half.

Jordan Clarkson vowed to help Gilas in their 2023 FIBA World Cup campaign as he already committed to suit up once again for the team. “We’re building something special, let’s get it”. Clarkson said during post-game.