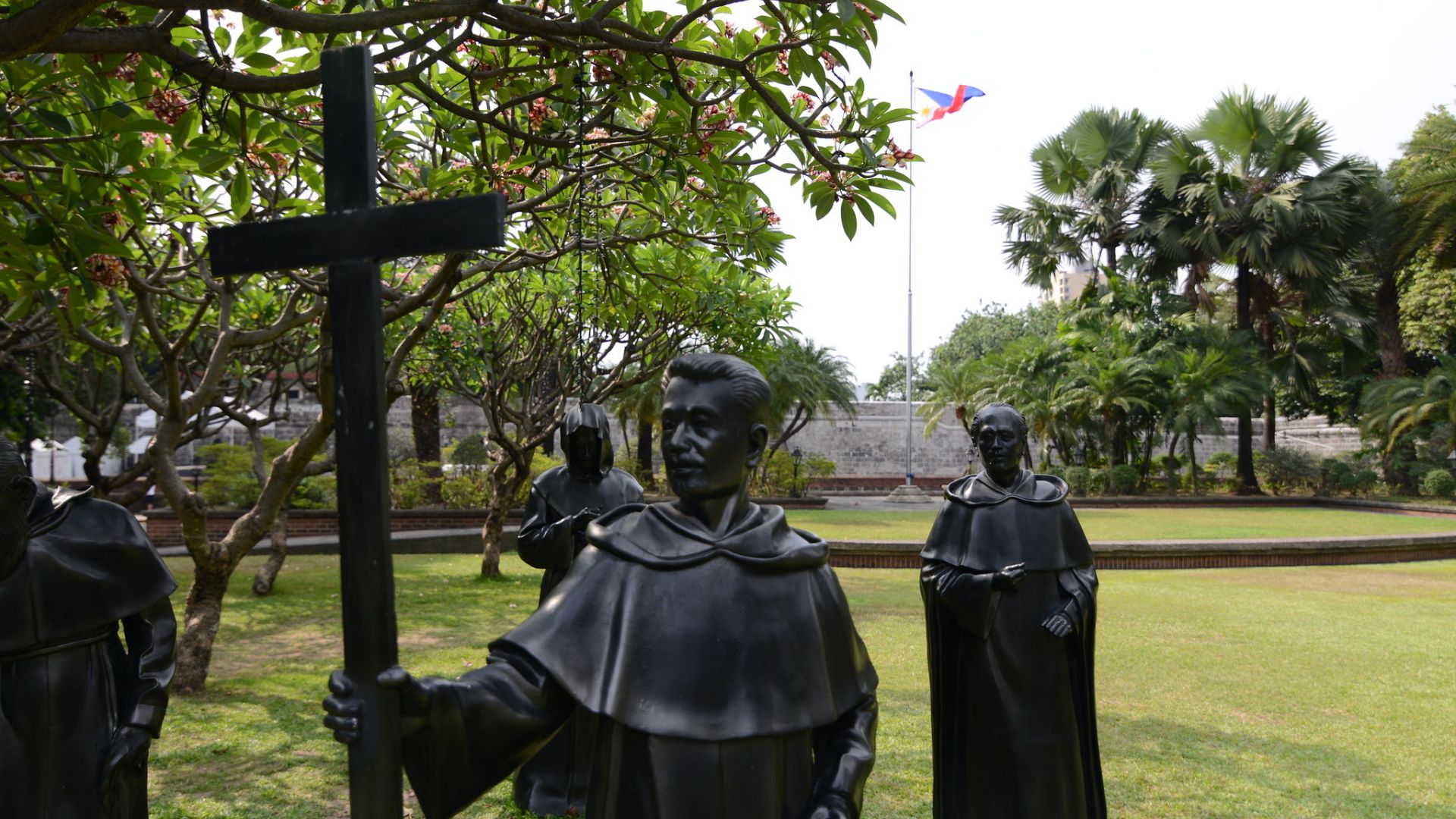 A Memorial for the Members of GomBurZa shown here. Photo by Jorge Lascar.

The Philippines celebrates National Heroes’ Day on Monday, August 29, 2022, to commemorate the fallen heroes and those currently risking their lives on the frontlines for the welfare and safety of their fellow Filipinos.

Dr. Jose Rizal, one of the notable heroes in Philippine history, published Noli Me Tangere in 1887, which he dedicated to the three friar martyrs.

GomBurZa – Mariano Gomes de los Angeles, Jose Apolonio Burgos y Garcia, and Jacinto Zamora y del Rosario – are the three Filipino priests and former Letranites who were executed after false accusations of subversion and treason in the 1872 Cavite Mutiny. Their martyrdom fueled the Filipinos for the cause of Philippine Independence.

Cardinal Jose Advincula, archbishop of Manila, reminded Filipinos last February 17, 2022, during the 150th anniversary of the martyrdom of the three priests, “to become maka-Diyos kaya Makabayan."

In his homily, the His Eminence said, “we humble ourselves and pray in the hope that God will hear from heaven, forgive our sins and heal our broken land.” The cardinal also reminded the clergy to take GomBurZa as examples to become more faithful to their vocation.

The cardinal tasked Filipinos to embody the advocacies and sacrifices of GomBurZa as they showed "that social transformation is catalyzed by renewal in the Church.”