Dolomite Beach: One of Manila Bay's Many Ecological Threats 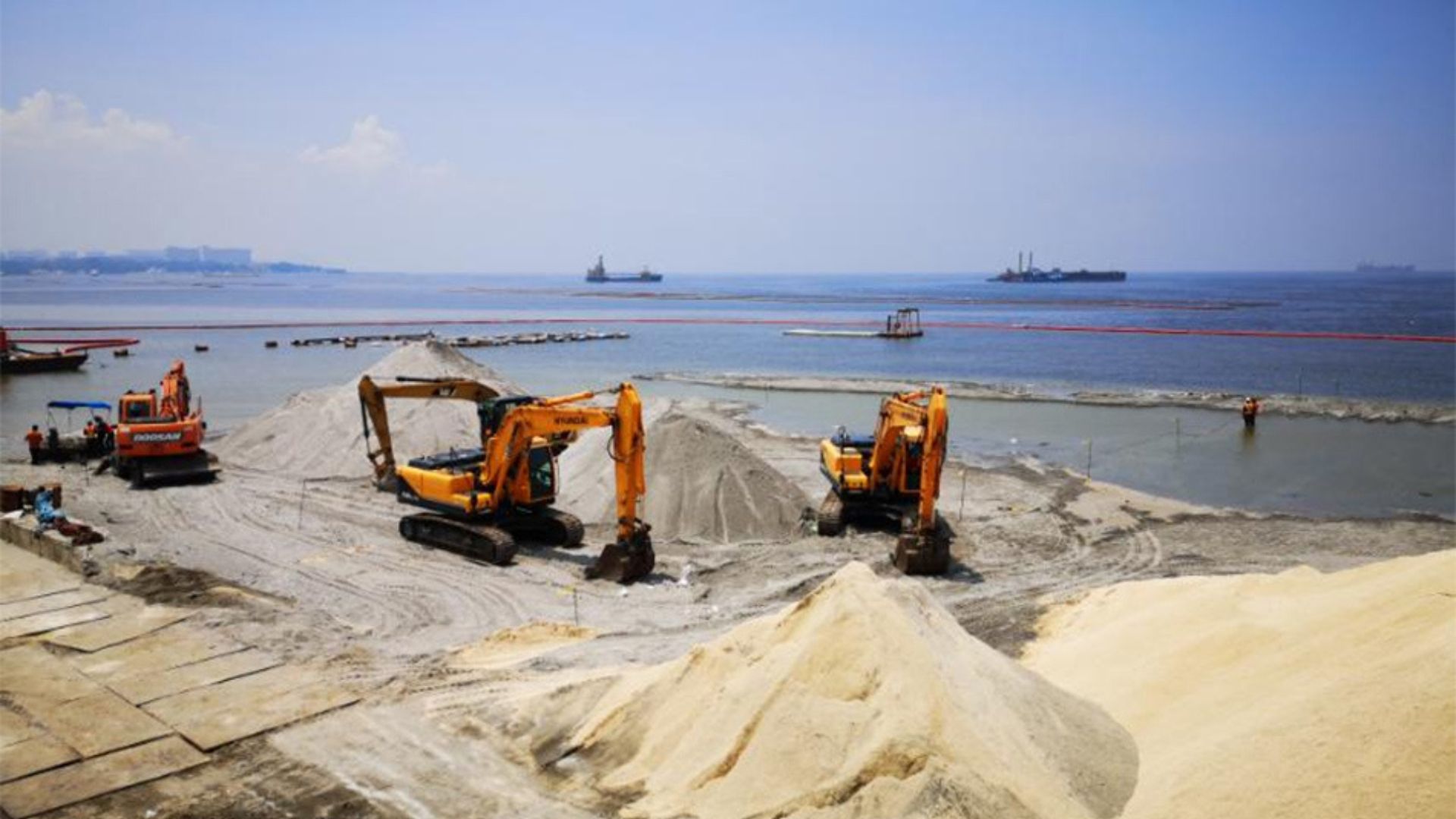 On-going reclamation at the Dolomite Beach in Manila Bay, seen by many as a waste of public money, now proven to be a fact through various scientific studies. Photo from Infrawatch PH.

Environmental group Oceana highlighted the threat posed by illegal dump-and-fill projects on Dolomite Beach this August as typhoons surge in the Metro.

Metropolitan Manila Development Authority (MMDA) stated that the massive and deep flood in some parts of Manila, including Taft Avenue, Kalaw, Quirino, United Nations Avenue, and Pedro Gil - was caused by the Manila Baywalk Dolomite Beach.

MMDA Acting General Manager and Flood Control Director Baltazar Melgar clarified in an interview that the unfinished pumping stations near the beach caused the flood. He also argued the Padre Faura drainage, Remedios drainage, and the Estero de San Antonio Abad are to be held liable for the slow draining of floodwaters.

However, this construction was said to be required by Public Works Secretary Manuel Bonoan. “Because the pumps here still have an STP (sewage treatment plant) that must be built to filter the run of water coming from the internal drainage on Roxas Boulevard so that the water that will be dumped into Manila Bay will be clean,” he said. He added the Supreme Court's mandamus restricts them from disposing of water in Manila Bay.

Upon studying, Oceana pointed out that the dump-and-fill activities would exacerbate Manila Bay's susceptibility to environmental hazards and weather events that are made severe by climate change.

When paired with environmental threats of illegal projects and climate change, rising sea levels worsening the subsidizing of land can cause rapid sinking of the things that may happen. Not only does the dolomite project disturbs the marine life and ecosystem of Manila bay, but it also could disrupt the 30 million people living in and around the area.

In March 2022, The Oceana praised the Department of the Interior and Local Government (DILG) for enacting strong policy measures to prevent the dump-and-fill projects that violate healthy and balanced ecosystems.

That same month, Oceana strengthened this policy by DILG and issued a citizen scorecard to inform communities to ensure environmental protection. It is part of the organization's ongoing campaign against dumping and landfill projects. The scorecard is available for viewing on the organization's website.

An online petition is also available to support Oceana's call to save Manila Bay and end dumping and landfilling in the nation's oceans.