Ready to face the Lord 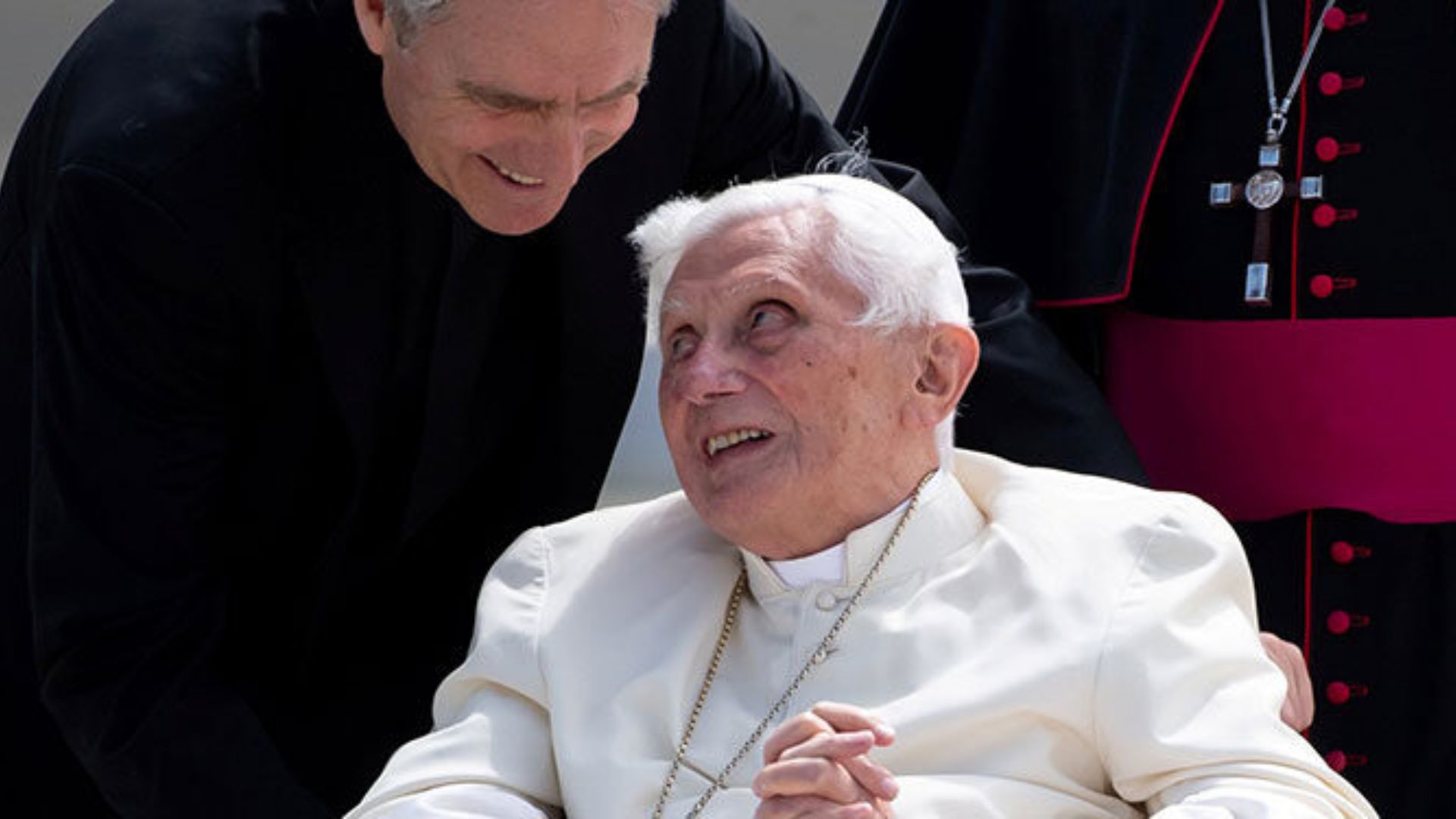 Pope Emeritus Benedict XVI, a dear friend of Pope Francis and a revered catholic leader smiles with Archbishop Georg Ganswein, his personal secretary at his 95th Birthday last May 2022. Photo from The Catholic Leader.

Former director of the Vatican press office Father Federico Lombardi SJ stated in an interview that Pope Emeritus Benedict XVI is ready for “the definitive encounter with the Lord”. Father Lombardi describes Pope Emeritus as a “scholarly man”. His mental clarity and focus are still on par with when he was in his prime despite his old age.

Joseph Aloisius Ratzinger was born in Germany to Maria and Joseph Ratzinger Sr. on the 16th of April 1927. He was appointed dean of the college of cardinals during the pontificate of John Paul II. He was also elected as pope in the 2005 conclave after the death of his predecessor.

He served as the head of the Catholic Church from 2005 to 2013 when he retired due to his failing health and advanced age. Today, at 95 years old, he remains one of the most intellectual people to hold a position in the Roman Curia.

Benedict XVI is a friend to Traditional Catholics and conservatives. His “Summorum Pontificum” allowed all priests to celebrate the mass in its ancient form, the Usus Antiquior, or in layman’s terms, the Traditional Latin Mass.

Father Federico Lombardi last met the Holy Father Benedict XVI on May 7th. He recalls that the Holy Father only speaks German when talking to his secretary Msgr. Georg Ganswein but reiterates what he said in Italian for others to understand.

Father Lombardi stated, “He has a really remarkable memory and capacity to connect for his age.” The Jesuit also said he was left with “the idea of a man who, despite his fragility, communicates serenity. Thanks, I think, to an intense life of prayer,” after their meeting.

He further added, “He always says goodbye giving you a beautiful smile and feels ready for the definitive encounter with the Lord.”