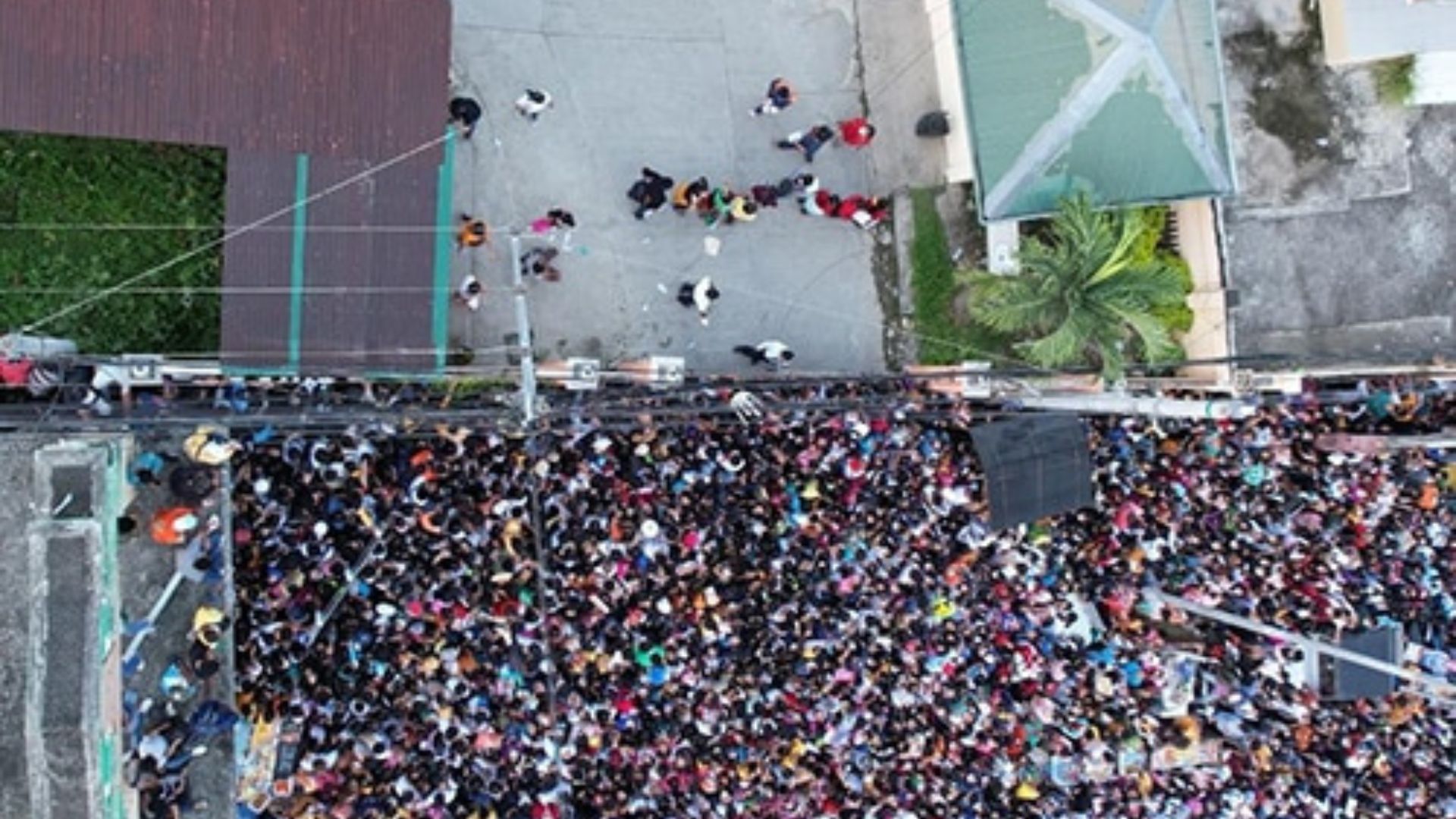 Chaotic scenes unfolded outside the DSWD main office where countless individuals attempted to apply for the Educational Assistance Fund. Photo from the Manila Standard.

Thousands of indigents waited outside the DSWD Main Office in Batasan Complex, Quezon City on Saturday, August 20, 2022, after the Department of Social Welfare and Development (DSWD) Secretary Erwin Tulfo announced the issuance of an Educational Assistance Fund available to students from primary to tertiary levels.

Students have been camping outside the DSWD Main Office to queue with their parents since the night of August 19, 2022. According to Local Police, approximately five thousand indigent students have crowded outside the establishment, hoping to claim the promised educational assistance.

Some queuing individuals at the DSWD Main Office were told that stubs for walk-in registrants had run out. Meanwhile, at other DSWD Offices (Zamboanga, Cagayan, Bataan, Tarlac), the same build-up of indigents was also reported, causing trouble, inciting anger, and disappointment from those that queued up for the assistance rollout.

In a press conference, Secretary Tulfo said the chaos was caused by miscommunication. He emphasized in his earlier statement that online applications are the priority. Some online applicants were able to have their forms processed and issued the assistance, unlike those that came aiming to register through the walk-in process. Lack of preparation and unanticipated large crowd size played a role in the swelling of this number of indigents.

DSWD called for the help of LGUs to help manage the build-up of indigents and to ask for aid in controlling their numbers. A stampede was also reported on Saturday night outside the main office, which led to 29 people being injured.

As a reaction to their poor performance–netizens scorned DSWD, calling the department and its management out for incompetence and ineffectiveness that caused the educational assistance fiasco.

Secretary Erwin Tulfo said they will fix the queuing process to ensure that the event will not happen again. He also shared that they are planning to transfer distributions to the Local Government Units to avoid the same predicament and make the process easier for the grantees. In a Facebook Post, Tulfo extended his apologies to those that they were unable to cater to, ensuring them that the department will still be the one to choose beneficiaries even at the municipal levels.