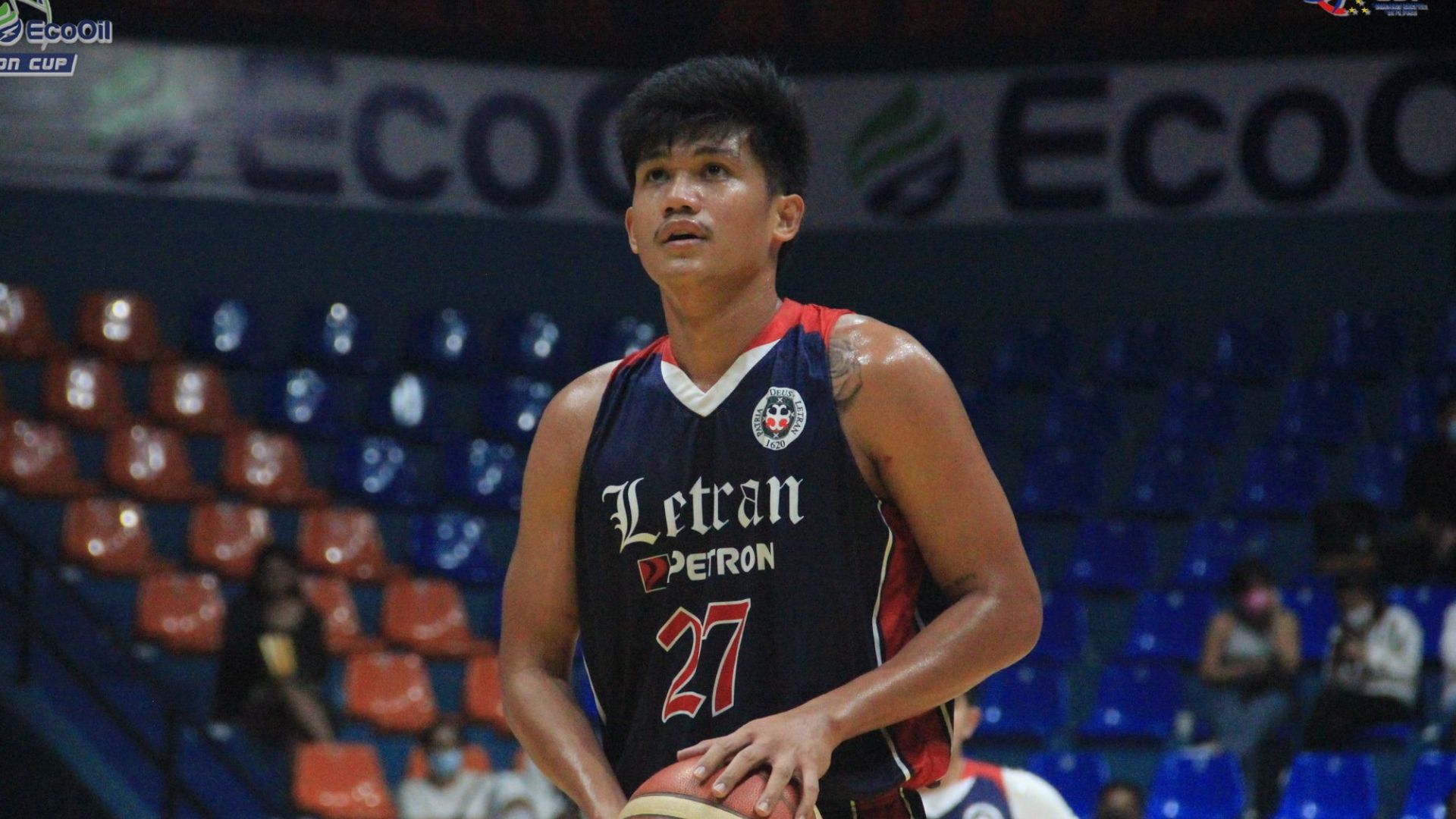 The Letran Knights end their journey at the final eliminations with their sights set for the future. Photo from FilOil EcoOil Sports.

The Colegio de San Juan de Letran Knights ended their campaign at the 15th Filoil EcoOil Preseason Cup in a not-so-ideal manner after getting blown out by the De la Salle Green Archers, 54-90, in the final elimination game of the tournament yesterday at the FilOil EcoOil Centre in San Juan.

Coming into the game, the Knights’ fate was already sealed as they stood in a statistical tie with San Sebastian whom they lost to just a couple of days ago.

With key players such as Brent Paraiso and Louie Sangalang sitting out, the Knights had trouble looking for offense early on. And with an obviously undersized squad, the Green Archers had no problem in clearing the glass courtesy of Michael Philips.

Philips led the Archers in the rebounding department with 13.

Before all hope was lost, it first seemed that Letran was going to make the game closer than it was. At the halfway mark of the first period, King Caralipio made back-to-back and-one plays to pull the Knights back after Evan Nelle converted on three consecutive three-point baskets.

However, the Green Archers still came up on top after the first ten minutes, 15-30. From then on, there was no looking back.

The second half became just worse for the Knights as the lead became even bigger. They trailed by as much as 37 at one point in the fourth frame.

Caralipio led all scorers for the Knights with 12, while Neil Guarino joined him as the only other member of the team to hit double figures with 10.

Letran finishes the preseason cup with a 3-4 win-loss record putting them one and a half games outside of playoff contention.

With this tournament now behind them, the Knights will shift their focus back to defending the NCAA throne and try winning their third straight championship.

The NCAA returns on September 10.