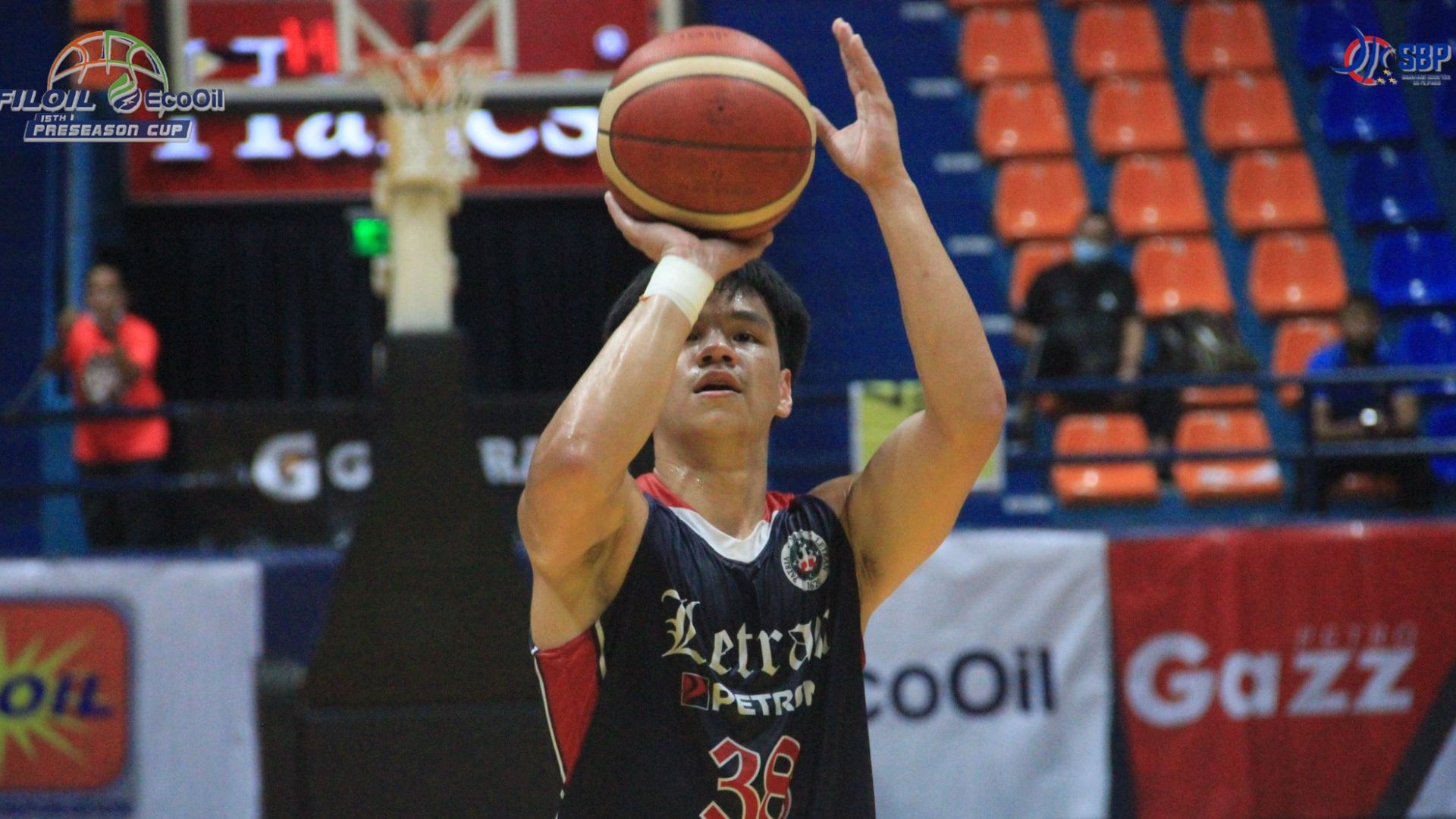 The battle was fierce earlier today at the Filoil EcoOil Arena in San Juan. Photo from FilOil EcoOil Sports.

The Colegio de San Juan de Letran Knights failed to create breathing room for themselves in the Group B standings of the 15th Filoil EcoOil Preseason Cup as they fall to fellow NCAA team San Sebastian Stags, 64-69, in their afternoon matchup today at the Filoil EcoOil Arena in San Juan.

Louie Sangalang, who led all scorers for Letran with 17, entered the game at the 3-minute mark and quickly made his presence felt.

Meanwhile, Stags guard Alex Desoyo reached foul trouble early and picked up three in the first canto alone which Fran Yu saw as an opportunity to be extra aggressive in his drives.

The Stags were able to turn the tide once the second frame began and took the driver’s seat with 5:20 to go courtesy of an Ichie Altamirano triple. The first half concluded with Letran trailing by five, 38-43.

In the third period, fouls became a deterring factor for the Knights as they reached penalty with still 4:34 to go.

Reyson quickly made up for not tying the game by giving the Knights the lead through a three-point jumper in their first possession of the fourth.

The final ten minutes was an exchange of blows from the colliding teams with neither squad wanting to let go.

However, once the Stages regained the lead, there was no turning back and the Knights could not catch up.

There were multiple opportunities for Letran to inch closer in the endgame but it came to no avail as they were unable to convert.

Reyson chipped in 12 points in a losing effort to go along with 5 rebounds. Fran Yu and Brent Paraiso also contributed 9 and 8 markers respectively.

With today’s loss, Letran fell to 3-3 in group B of the tournament - tied with Baste and one game behind the FEU Tamaraws.

The Knights face a heavy foe on Saturday for their next outing as they will try to upset the group-leading De la Salle Green Archers.