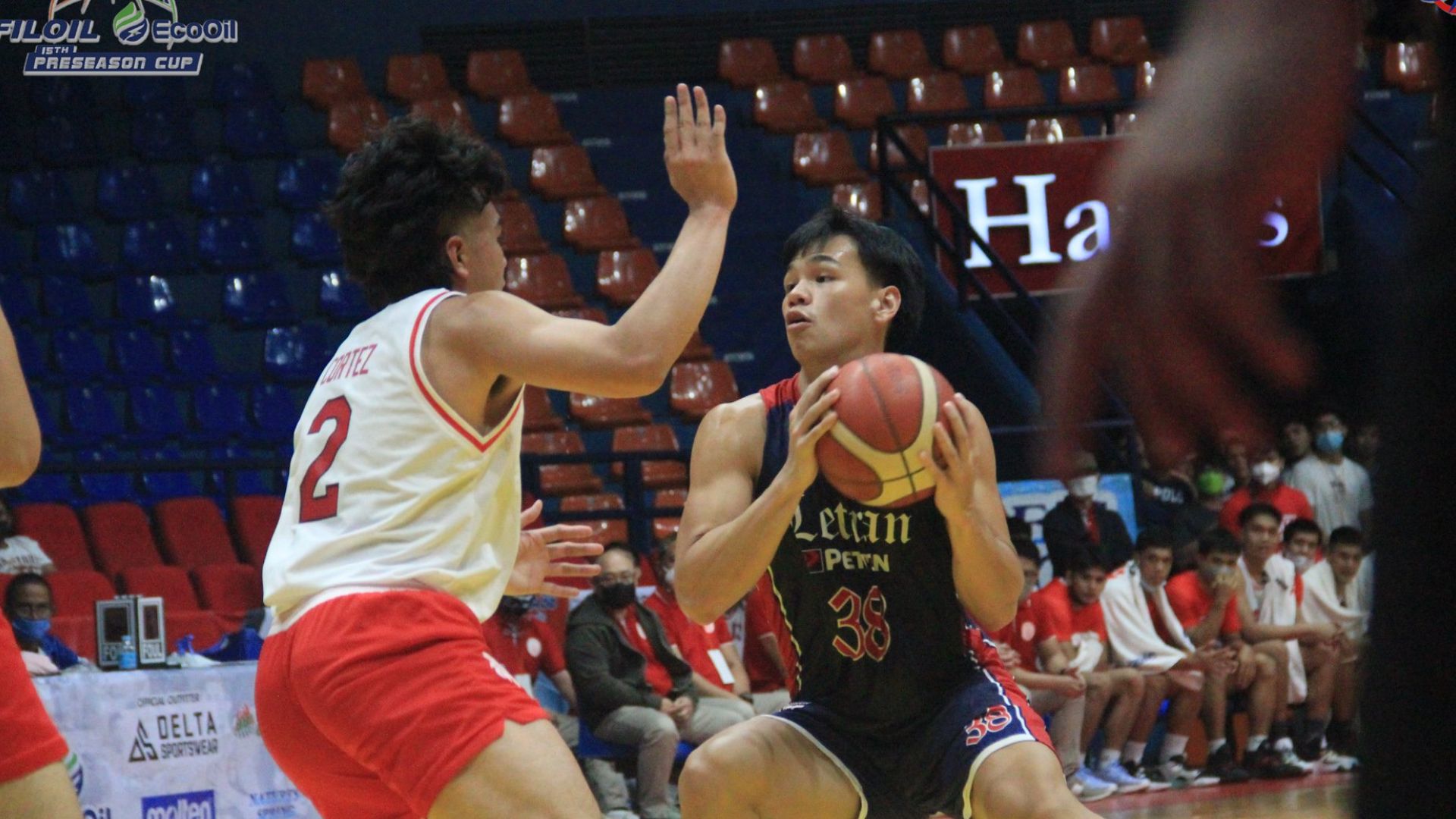 The Letran Knights in a headstrong bout with San Beda at the FilOil EcoOil Center in San Juan City. Photo from FilOil EcoOil.

This marked the first time the two teams met since their last outing in the elimination round of NCAA Season 97 where the then Abando-led squad came out on top in a slugfest against the Red Lions, 59-56.

The Knights would miss a crucial piece in this matchup however with the departure of Rhenz Abando on the 28th of July this year.

Despite that, the Knights came out swinging in the game with an early eight-to-nothing run led by King Caralipio. This lead quickly diminished as SBU’s Winston Ynot chipped in five points of his own.

Yuri Escueta’s squad proceeded to gain momentum near the closing minutes of the first as they led, 26-19.

Kurt Reyson helped Letran close the gap to one after hitting two shots from downtown, but the Red Lions answered with their own set of treys from James Kwekuteye and Gab Cometa.

Letran got into some foul trouble midway through the period courtesy of their shaky defence resulting in many looks at the charity stripe for San Beda.

With 2:13 left in the half, Caralipio went down with an apparent leg injury that caused him to sub out of the game.

San Beda widened the margin as Letran continued to send them to the free throw line. CSJL suffered an 18-point deficit heading into halftime.

The third quarter proved to be much of the same story for the Knights as they forfeited bucket after bucket with the Red Lions leading by as many as 35 at the 3:05 mark.

The Intramuros-based squad failed to find a way to gain any momentum in the final quarter of the game, leading to their second loss of the season.

Kwekuteye headlined his team’s well-rounded scoring as he finished with 18 points, nine of which came from the stripe. Peter Alfaro added 16 points of his own while J.B.s Bahio dropped a near double-double with 13 markers and 9 boards.

The Knights look forward to their matchup with the UST Growling Tigers on Wednesday, August 17, to keep their playoff hopes alive in the 15th FilOil EcoOil Preseason Cup.