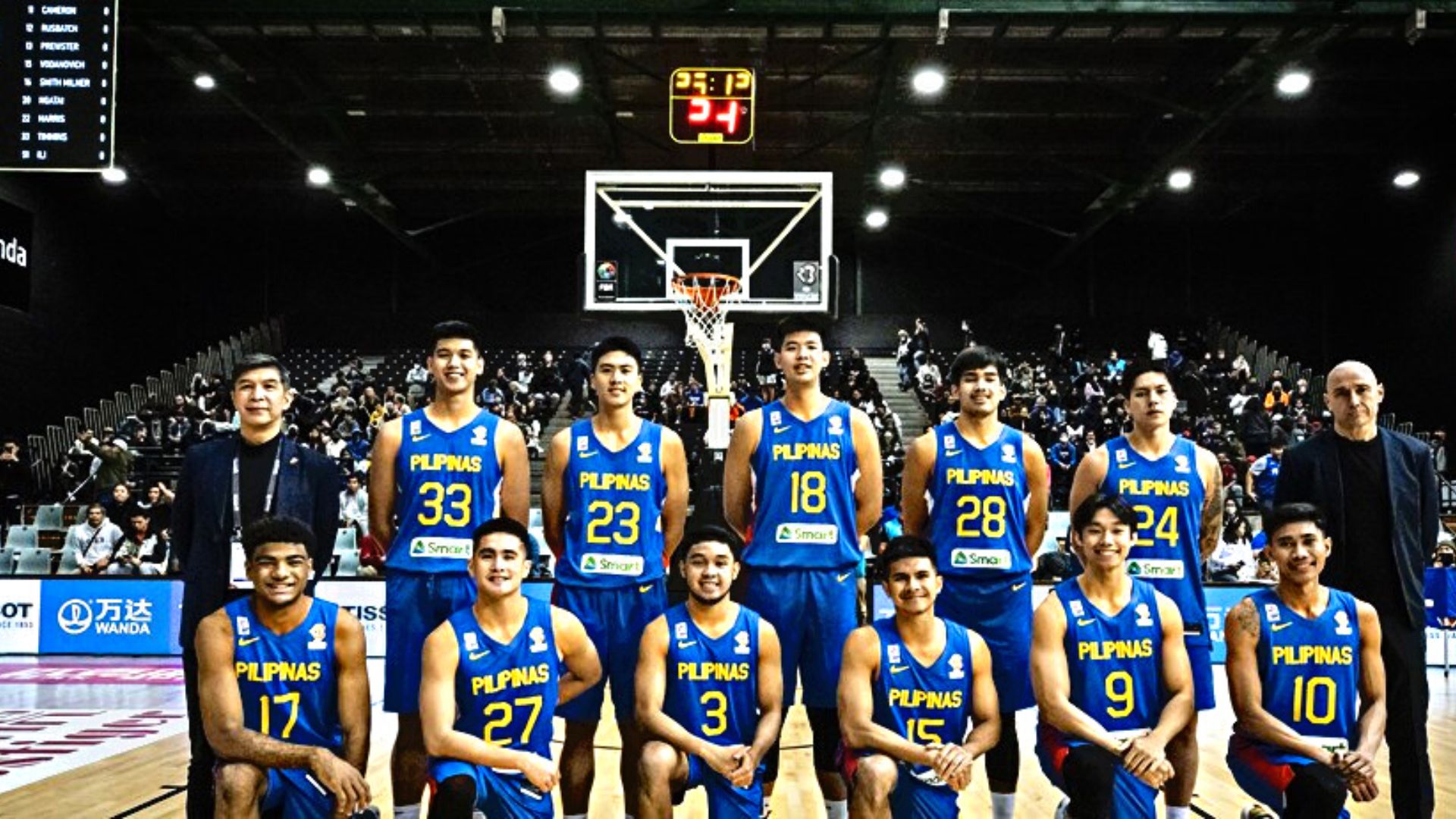 The Gilas Filipinas Team in need of support, now backed by the Philippine Senate. Photo from FIBA Philippines.

FIVE Philippine senators filed a resolution to extend their support through legislation to the controversy-stricken Gilas Pilipinas last Monday.

The senators, namely Alan Peter Cayetano, Francis Tolentino, Christopher Lawrence Go, Joel Villanueva, and Mark Villar have called on the Senate Committee on Sports to further guarantee the development of the buildup of the men's national basketball team en route to the 2023 FIBA World Cup.

“To direct the Senate Committee on Sports to conduct an inquiry in aid of legislation on the ways to support the Gilas Pilipinas men’s basketball team with the end in view of reviewing relevant laws and policies to ensure the group’s optimal performance in sports competition and protect the welfare of Filipino athletes.” the resolution read.

Aside from focusing on the provision of laws that will ensure the stellar performance of the Filipino athletes, the lawmakers also shed light on the call of the supporters, "Gilas fans have clamored that the team receives more support in order to improve the team's performance in international competitions."

The Chot Reyes-led team was under fire after settling for a silver medal finish in South East Asian Games last May, and for their recent meltdown in FIBA Asia Cup in Jakarta which gave them a ninth-place finish with losses to Japan and New Zealand.

Numerous calls and petitions for Reyes to resign as the head coach of Gilas are seen on social media after the lackluster performance shown in international leagues. Samahang Basketbol ng Pilipinas (SBP) backed the current TNT coach by saying that the team is still in a transition period after being spearheaded by Ateneo coach Tab Baldwin.

Currently, the national team is gearing up for the FIBA World Cup Asian Qualifiers, as they will face Lebanon and Saudi Arabia on August 26 and 30.