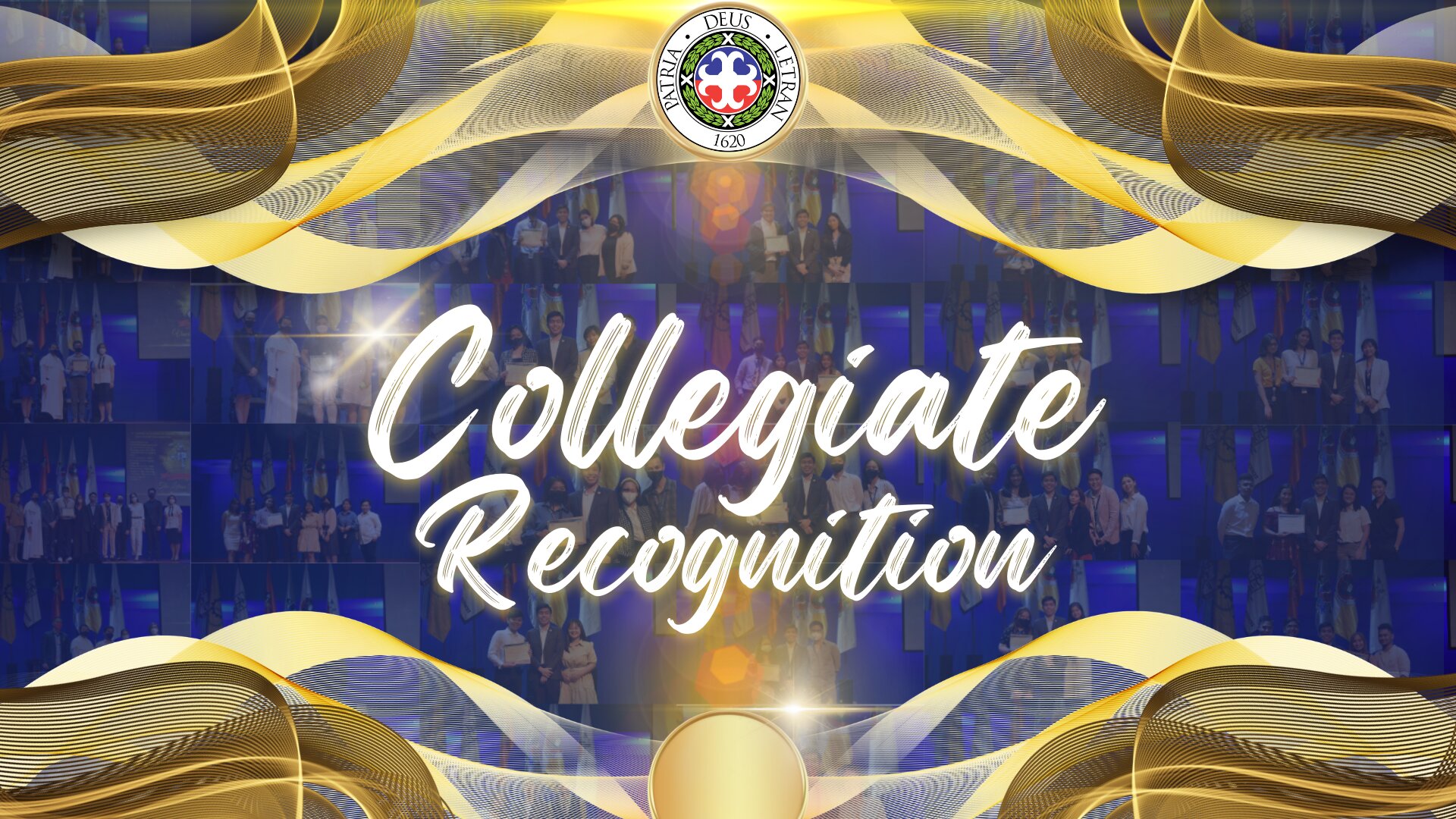 The Collegiate recognition recognized students across disciplines, recognizing both Academic and Non-academic awards with six categories, the event was attended by awardees and their proud parents.

VPAA commended the awardees as they “rise to the occasion”, resilient through the challenges of the pandemic and the changing socio-political climate, still championing the values of knightly excellence.

The non-academic awards were as follows—Beato Antonio Varona Ortega, O.P. or the athletics award which was given to the members of the Letran Basketball team with a special mention to Mr. Rhenz Joseph Abando and Mr. Jeo Ambohot.

The President Manuel L. Quezon or Leadership award which was given to Politicus’ former President, Mr. Rodrigo Emil Carreon. Consequently,  the St. Dominic de Guzman, O.P. or Best Student Organization award was given to the Letran Politicvs.

Meanwhile, 3 students were given the Don Juan Geronimo Guerrero and Fray Diego de Sta.Maria, O.P. or service award was given to Jonquil Mitch Costales, Gleizel Aquino, and Roland Accede.

The academic awards had two categories first being the Beato Jesus Villaverde Andres, O.P. award given to students who excelled in regional, national, or international competitions. Vince Andre Petalvier, 1st runner up of an Intern Student Congress competition, and Justine Manuele Delos Reyes, Top 1 in a the JA Entrepreneurial Skills Pass Program in the Chief Public Relations Officer category.

Meanwhile, San Vincente Liem de La Paz, O.P. award or the academic excellence award was given to the following:

This year’s Gawad Arriba once again marks the start of our academic year as Letranites. A 22-minute video stream was held online via the Department of Student Affairs’ official Facebook page congratulating the outstanding individuals, projects, and organizations of the past school year.

DSA Directress Catherine D. Sanchez opened the event with a few remarks; firstly, with a reading from Psalms 127:1. She then recognizes those who made themselves exemplary figures in the school community, congratulating them, celebrating the perseverance in the face of adversity and the achievements in Letran’s community.

Afterwards, the DSA’s Year End video was shown, highlighting the many good points of the past academic year such as: the Binyag Arriba, orientations for exemplary students, the voter’s education program, the student council elections, and even Letran’s Esports league.

Immediately after, the stream went into the main event: the awarding ceremony. The individual awards were the first to be given out; Matt Obiena won Rising Leader of the Year and Assistant Professor Geselle Manguiat-Borlongan won Campus Adviser of the Year.

At the end of the event, once again, thanksgiving and congratulations were given to the winners followed by playing the Himno del Colegio de Letran. May many more students follow the examples of our awardees and thrive. Siempre Arriba, Siempre Letran!