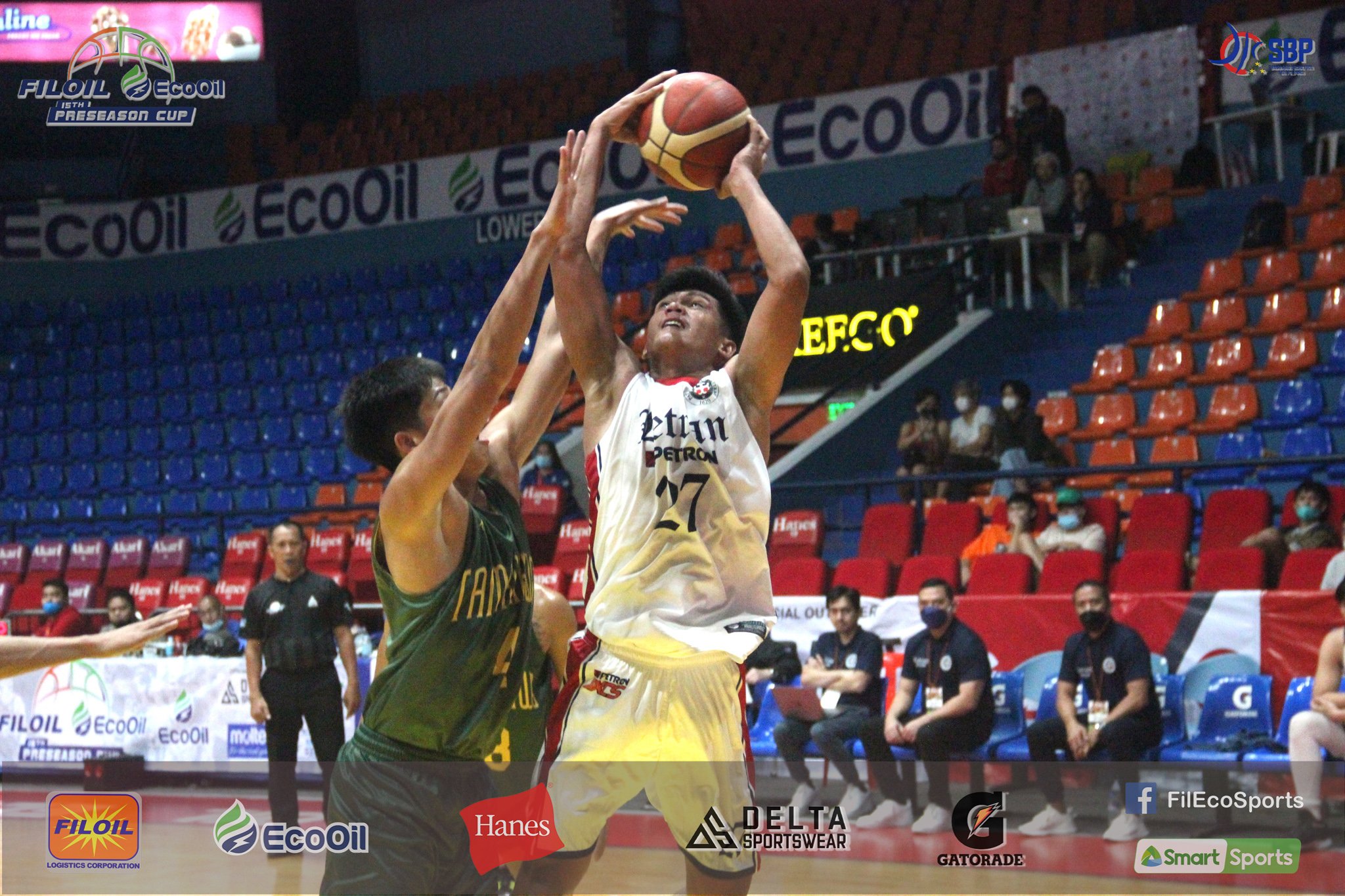 The Letran Knights battling their way to Victory. Photo courtesy of FilOil EcoOil.

KING Caralipio and Brent Paraiso served as the trestle of the Letran Knights as they surged to their second straight victory in the FilOil EcoOil Preseason Cup after pulling out a come-from-behind 72-70 victory over Far Eastern University, earlier today at the FilOil EcoOil Center in San Juan City.

Shooting forward Caralipio wound up 20 points on top of nine rebounds, three assists, and a steal while being backstopped by Brent Paraiso with 16 markers, three rebounds, and three steals.

Multiple Letran players are absent from the match namely Fran Yu, Louie Sangalang, and Ira Bataller as they are recovering from their injuries, while Kobe Bryan Monje was not able to play as he had a broken nose in their game against San Sebastian in the PBA D-League.

Caralipio made his presence felt in the early goings of the match by exploding with 14 points through 3/3 FGs, leading the Knights with 14 points only in the first window.

After exchanging baskets and momentum early in the last canto, the Knights were able to pull away with Caralipio and Paraiso teamed up to lift the team in the offensive department.

With just 31 ticks remaining, Royce Torres gunned a tray to clinch a single-point advantage against the Knights but fresh from the bench Neil Guarino answered with the game-winning tray for the men in white.

The Morayta-based team’s gritty defense affected the inside shooting of the Knights, as they are limited to only 16.

On the flip side, Torres finished with 18 markers, eight boards, and four assists followed by Rodel Grevera who chipped in 13, and Royce Alforque with 12 points.

Letran’s next match will be on August 9, against Lyceum of the Philippines University.