Wangs-Letran Bows To Baste, Drops Their Third in a Row 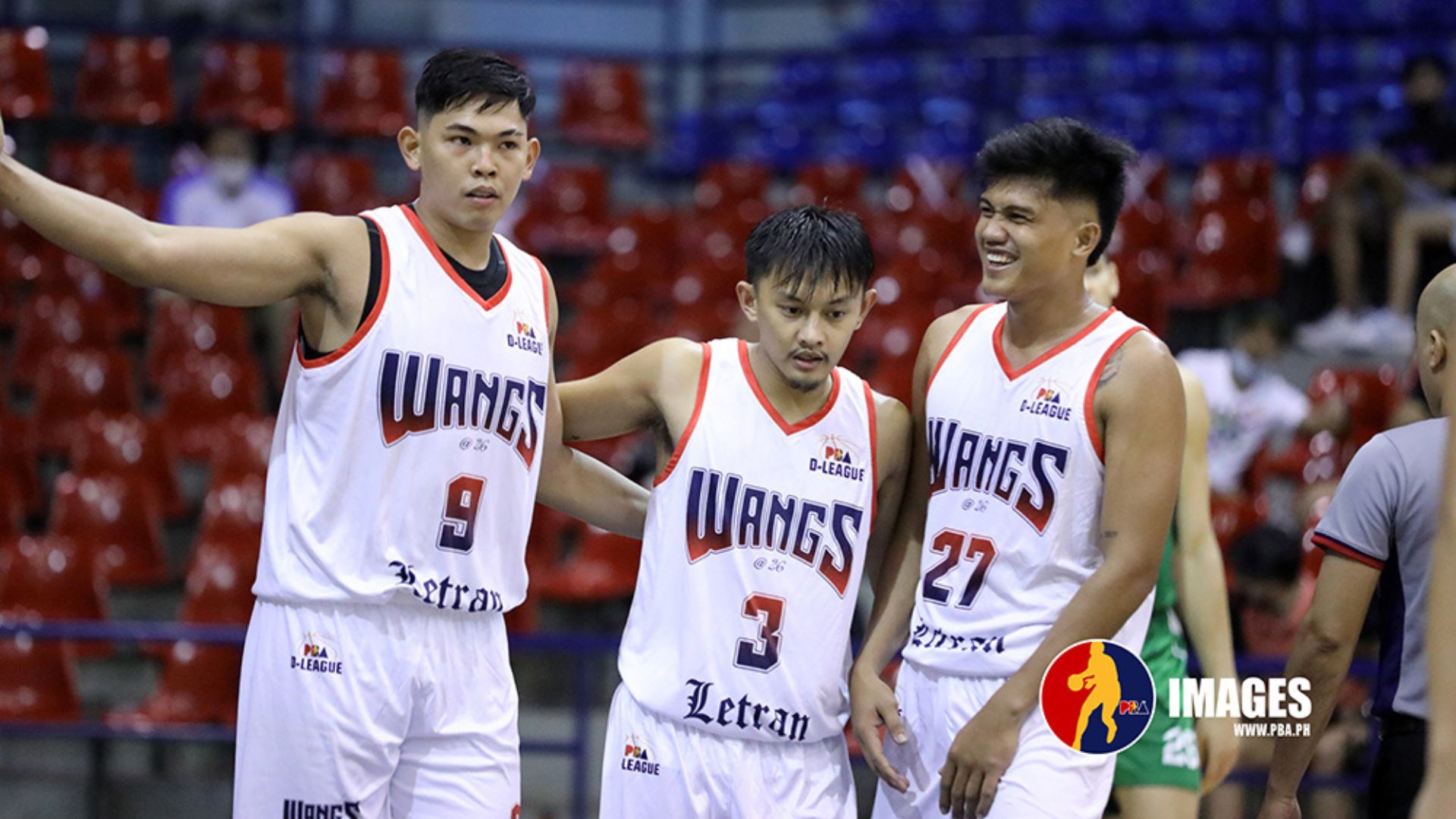 Wangs Basketball Letran giving off their best at the Ynares Sports Center. Image courtesy of the PBA (2022).

Wangs Basketball @26-Letran endured yet another loss in the PBA D-League Aspirants’ Cup as they fell to the mighty Apex Fuel-San Sebastian, 64-70, in their game this Monday afternoon at the Ynares Sports Arena in Pasig.

The first quarter ended up becoming a crucial turn of momentum for the rest of the game.

The Knights started slow and aside from some Fran Yu highlight plays including an impressive contested three, there wasn’t much positive that came out of them.

San Sebastian’s assertiveness on defense was very evident off the gate as they held Letran to just fourteen points in the first ten minutes of action.

The same story continued to the second period with Baste even going up by double digits. Luckily for Letran, Yu remained aggressive in attacking the basket and managed to chip some points and drop timely dimes to keep the NCAA champions within striking distance at the half, 38-29.

Yu and Brent Paraiso led a second-half surge midway through the third quarter to narrow the lead to just two points, 48-46. It was the closest that Letran came to tying or taking the lead since the first frame.

Letran continued to fight for every inch until the fourth and showed signs of life by making much-needed stops and baskets including a putback by Louie Sangalang which brought the team to within six.

However, free throws became a sudden weakness as Paraiso missed two consecutive shots at the six-minute mark of the period which could have closed the gap further.

Baste went on to lead again by double digits, 68-58, with 3 minutes remaining and sealed the deal.

This is now the Knights’ third straight loss of the conference which puts them in a tight 3-3 standing. They will next face Builders Warehouse-UST tomorrow in what will essentially be a must-win game to remain in playoff contention.