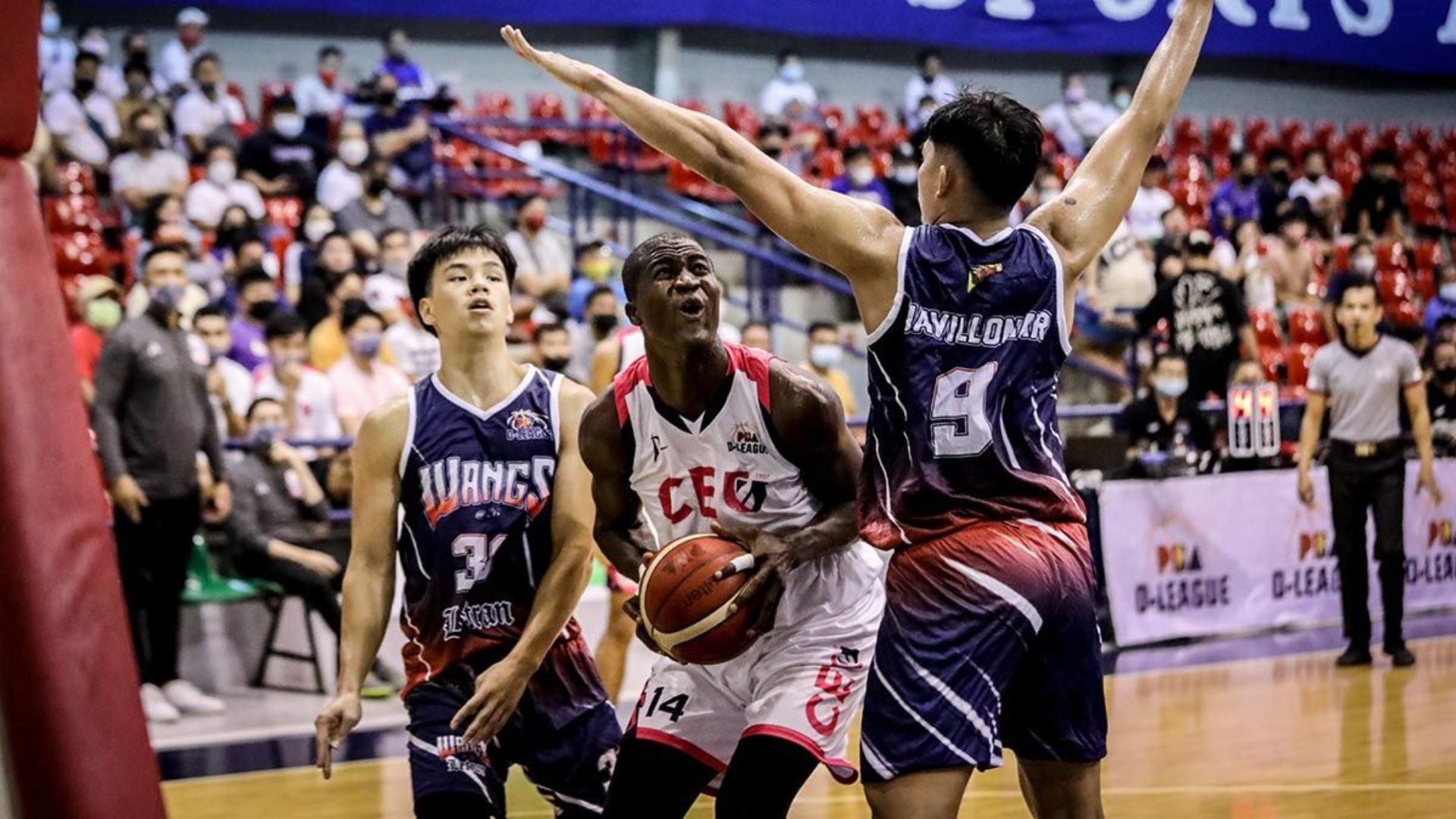 A fierce show of skill by Wangs-Letran against the equally skilled CEU Scorpions. Photo courtesy of the PBA.

Wangs-Letran Knights suffered another heartbreaker in the PBA D-League Aspirants’ Cup, this time, at the hands of the Centro Escolar University Scorpions, 75-81, in their early afternoon matchup yesterday at the Ynares Sports Arena in Pasig City.

The Knights started the game with a defensive master class as they held the Scorpions to just 12 points in the opening quarter. Both teams did struggle in the early goings but it was Letran who caught fire first, giving them a four-point breathing room entering the second frame.

However, it became a totally different narrative during the second juncture when Centro found their footing and went on a barrage of three-pointers courtesy of Jerome Santos to capture the lead from Letran. Santos had 11 points in the second quarter alone including 3 three-point makes.

Thankfully for the Knights, Brent Paraiso hit long bombs of his own to keep the NCAA Champions within striking distance. The two teams entered halftime with a deadlock at 37.

The third period started out as a seesaw battle with neither team trailing too far behind. That was until the Scorpions ended the quarter with a nine-point lead through the hot hands of Franz Diaz who carried most of the scoring load.

The Knights went down by as much as sixteen points, 56-72, with four minutes to go in the fourth. A comeback effort led by Kurt Reyson who hit a three to cut the lead to four came late as the Scorpions were able to hold their ground at the free throw line in the endgame.

Paraiso’s 20 points came on a losing effort while Reyson chipped in 14 markers of his own. Former NCAA Finals MVP Fran Yu also had double figures with 11 in just his second D-League game.

On the other hand, Diaz was hailed player of the game for CEU with 22 points on 3 of 6 shooting from deep.

This is Letran’s second consecutive loss of the tournament which puts them at a 3-2 standing in the conference. They will next see action on August 2 versus Builders Warehouse-UST.