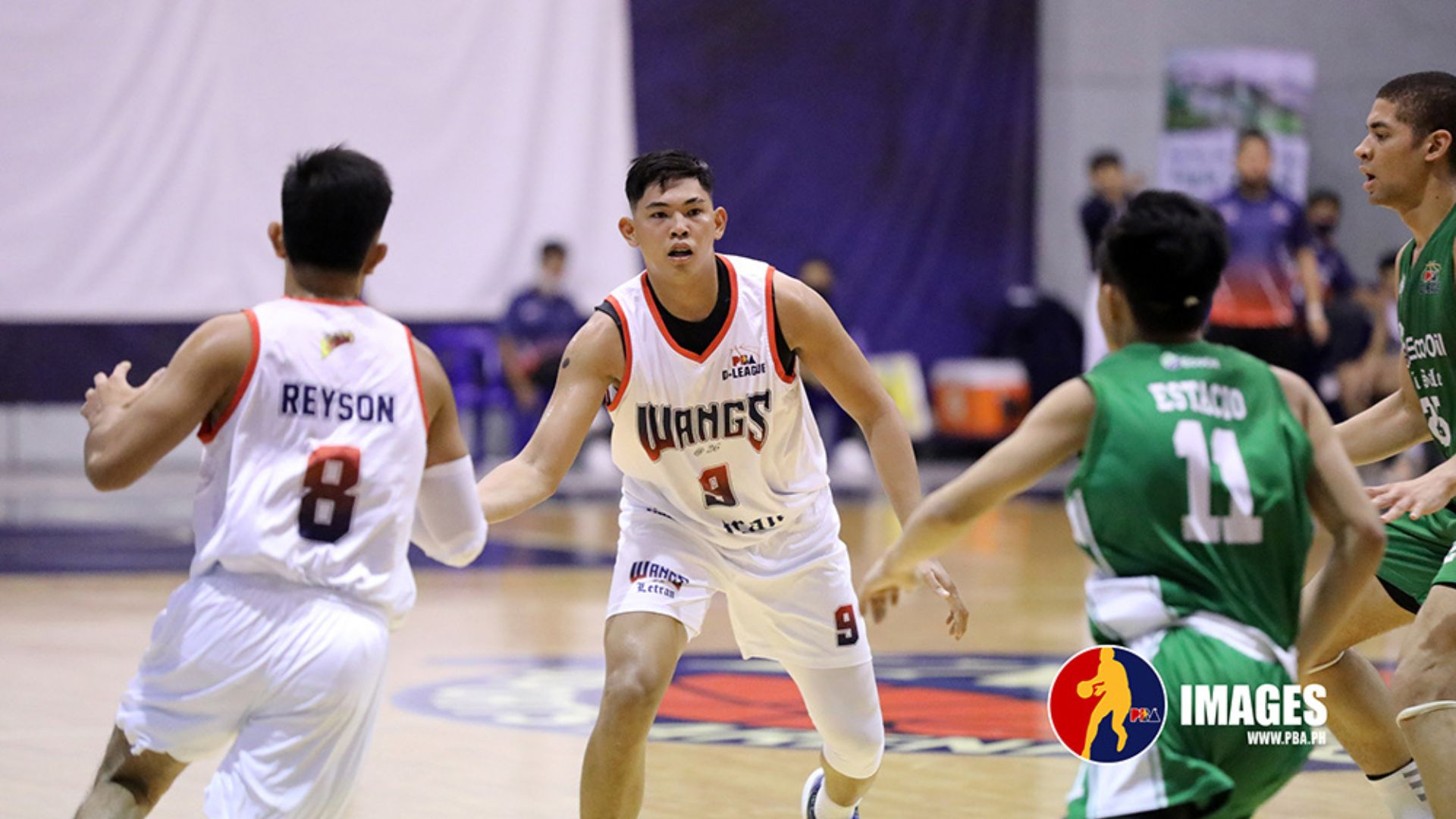 Wangs-Letran Knights in a uphill battle against the EcoOil-De La Salle University on July 26, 2022 at the Ynares Sports Arena in Pasig City. Image courtesy of the PBA.

Wangs-Letran Knights tallied their first loss in four games in the 2022 PBA D-League Aspirants’ Cup after suffering a 94-87 upset by the EcoOil-De La Salle University yesterday at the Ynares Sports Arena in Pasig City.

Paolo Javillonar held the driver’s seat for the Intramuros-based team, churning out a double-double with 19 points and six caroms alongside Kurt Reyson who tallied 16 markers.

Letran rode the waves early in the match, surfing with a 13-5 advantage courtesy of Reyson and Caralipio’s early buckets.

The teams exchanged baskets in the 2nd quarter, pushing and pulling the impulse from one side to another as the Green Archers tried to close the gap, 37-31 in the second window.

Coming from a 38-42 deficit, an eight-zero rally from La Salle powered by Michael Phillips shifted the waves and gave the Green Archers a 46-42 cushion.

Both teams executed hasty offense and defense which led to the push and pull matters in the game during the second half.

Javillonar canned a three-pointer with hopes to uplift the Knights and come close with the leading Archers but it all went down the drain.

Kevin Quiambao paved the way for the Archers, scoring crucial treys that extended the lead to as much as seven in the last quarter.

Conversely, Macalalag led the Archers with 18 markers, backed by Quiambao who debuted with La Salle with 15 points, 10 rebounds, and seven assists.

The Knights will take on Builder’s Warehouse - UST for their next match in the D-Leauge on August 2.

Aside from this, the reigning NCAA Champions will make their FilOil EcoOil Preseason Cup debut on July 27 against the Jose Rizal University Heavy Bombers at 3 PM, at the Filoil EcoOil Centre in San Juan. Rookie-MVP Rhenz Abando is expected to finally suit up for the Knights, fresh from his Gilas Pilipinas Stint.