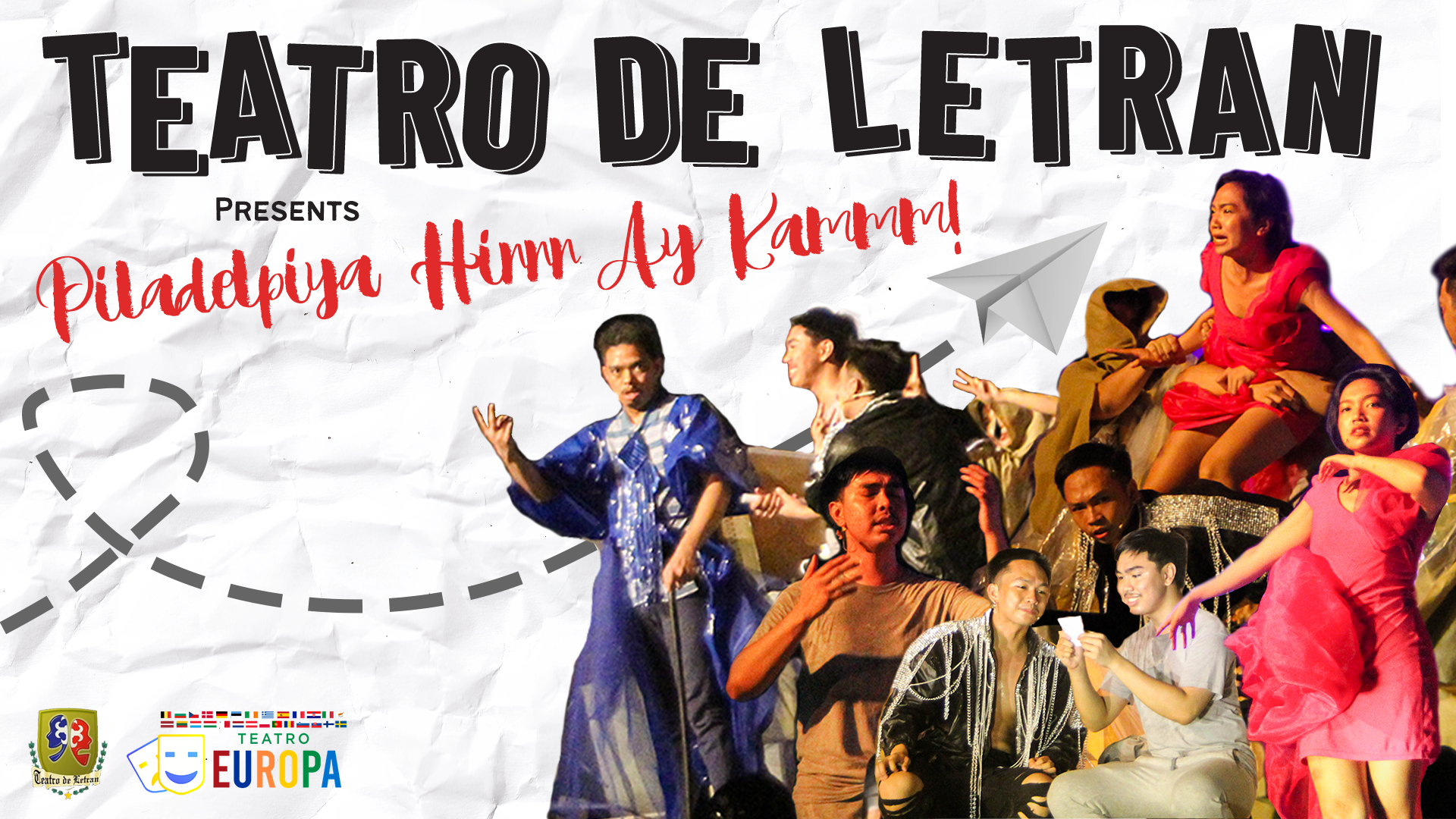 The beautifully crafted performance was gazed upon by the crowd. Art by Christian Almendral.

Teatro Europa unveils a state-of-the-art platform for its third edition.

It was as if the 1963 original play came back to modern life, capturing a twist of relevant Filipino satires, culture and events, Ambassador Carlos did not talk in riddles in an interview with The Lance about how the interpretation of the play was “exceptional” from actors up to its production.

When asked about the play, Mr. Leon points out, “This is a platform of cultural exchange having both [the] elements of the Philippines and also in Europe, so, they [the play] are very in common.”

Ambassador Carlos also mentions that since November 2021, the Irish Embassy Manila are focused in building cultural links between the Filipino and Irish people.

Starting the program with the return of the Letran Filipiniana Dance Company (LFDC), a performance showcase filled with contemporary Filipino culture greeted the delegates and guests.

In an interview with The Lance, LFDC’s Artistic Director, Mr. Alvin Cano, emphasized their struggles in adjusting for newer members in terms of teaching routines.

However, he mentions that he is still happy that live performances are returning, with hopes of newer but quality performances in their future events.

THE PLAY, AN ADAPTATION

In fun talks with The Lance and TDL’s Artistic Director, Lyg Carillo, the interpreted play, which was only prepared for a span of a month, is a Filipino diaspora primarily about Gar Public (played by Andrew Landingin, a communication arts alumnus) and his sub-conscious—Gar Private (played by Richard Nicole Nicolas, a communication arts student) unloading his emotional baggage as he moves on in life before flying to Philadelphia.

When asked about the creative process and how they wanted to have a different approach from the original play, Carillo stated, “we always break the rules.”

And for the up-and-coming news—a re-run of the play might happen inside the Colegio soon!