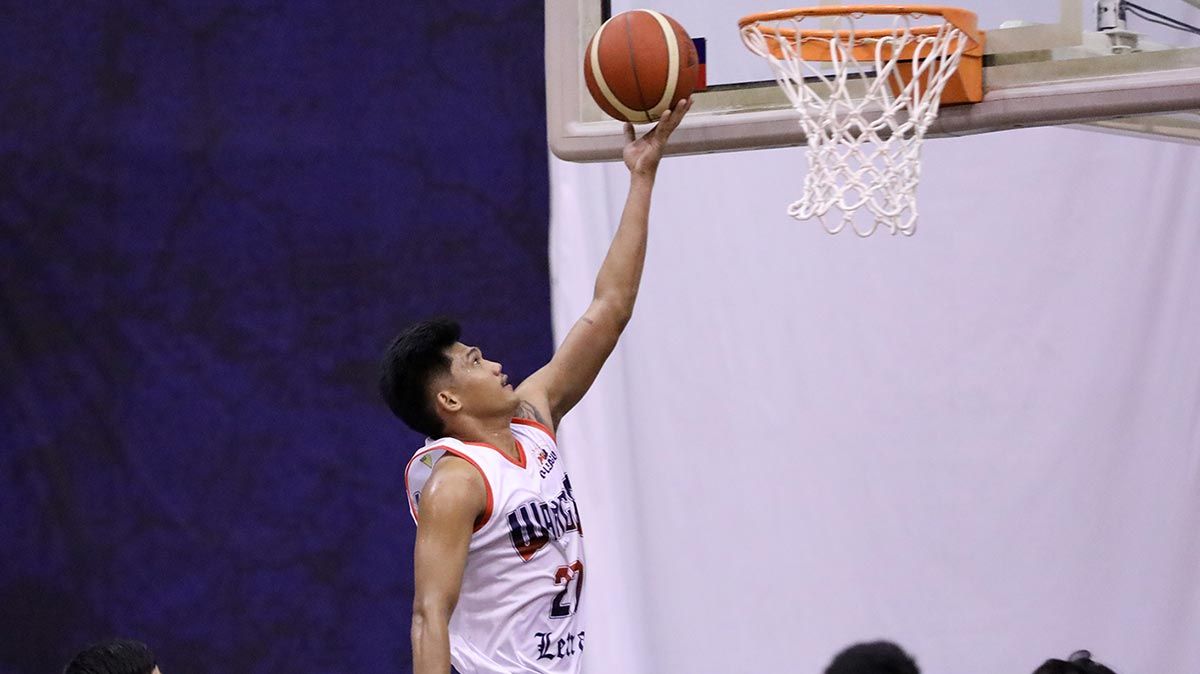 Wangs-Letran in a fantastic show of skill at the Ynares Sports Arena in Pasig on July 12, 2022. Image Courtesy of the PBA.

Wangs - Letran banked on their experience and winning mentality as they escaped the gritty AMA Online with an 89-84 win on Tuesday at the Ynares Sports Arena in Pasig.

The Knights had a better outing to start this matchup, playing with a more fluid offense and steadier defense than their win against St. Clare. Their turnovers, however, still piled up, allowing for AMA to make it a close game with the Knights only leading by 4 at the end of the first quarter, 26-22.

The Knights balled even better in the second frame, with their lead growing to as much as 16 points. AMA proved that they are no pushovers trimming down the deficit with the help of Earl Ceniza’s 19 points. Aiding him was Mon Palaña who finished with 15.

AMA overtook Letran in the 3rd quarter as the reigning NCAA champions struggled on both ends of the floor to start the second half. This allowed for AMA to eventually take the lead, 66-65. The quarter was capped off by a buzzer-beating trey from AMA, enabling them to take a 72-66 lead heading into the final quarter.

AMA Online looked like they were about to pull off an upset as they stretched their lead to 10, 76-66, early in the 4th. This is when the Knights turned on the switch and charged an 11-0 run. Both teams traded buckets, resulting in them going wire-to-wire to finish the contest.

King Caralipio and Paolo Javillonar stepped up and took over the game as both players paved the way for an eventual win for Letran. With the score tied at 81 apiece, Caralipio got a follow-up lay-in to provide a 2-point cushion for the Knights.

Caralipio put up a huge 21-point, 10-rebound game for the Knights while Javillonar had 17 points, as well as 9 rebounds. Brent Paraiso was once again all over the floor for Letran, scoring 12 points, 5 boards, and 4 assists.

AMA still battled to cut the deficit to 1, 84-85, but Caralipio scored a clutch floater to help the Knights gain a 3-point lead. Tommy Olivario, who finished with 7 points, 10 assists, and 5 rebounds, sealed the deal for the Knights as he sank 2 free throws to end the game.

Wangs-Letran’s next game will be against fellow undefeated Marinerong Pilipino as both teams battle it up for the solo first. Game time is at 11 AM at the Ynares Sports Arena in Pasig City.