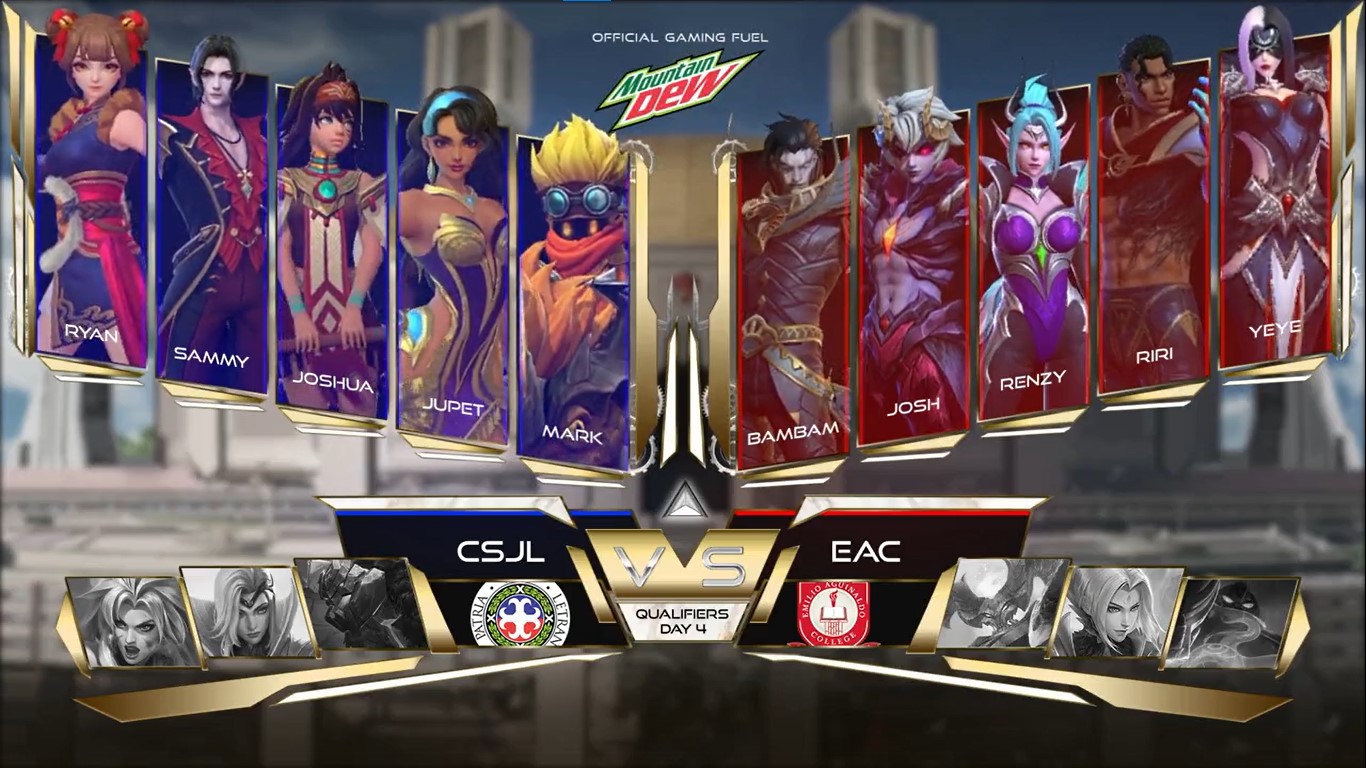 The Letran Cyberknights versus the EAC Generals during the Day 4 Qualifiers on July 11, 2022. Image courtesy of the Collegiate Center for Esports.

With an upset from the San Sebastian College-Recoletos and a victory at the expense of Emilio Aguinaldo College, the Colegio de San Juan de Letran Cyberknights tally a 1-3 record in the Collegiate Center for ESports’ (CCE) MLBB Tournament last July 6 and 11, broadcasted live on CCE’s Facebook page.

MLBB is a Multiplayer Online Battle Arena (MOBA) game consisting of two teams with five players wherein each person selects from a wide hero pool with unique abilities and roles such as the marksman, mage, fighter, tank, assassin, and support. The main goal of this MOBA is to take down all enemy turrets and their base to claim victory.

Letran, through Matsuu (Beatrix) and Lusiper (Dyrroth), joined forces in the seventh minute of the match, enforcing a team fight to grab a 10-7 cushion over SSC-R. They were also able to slay the Lord in the ninth minute of the game.

Pogi ako (Lunox) led SSC-R into a team fight en route to the base of the Cyberknights, which secured the victory of the Golden Stags. Pogi ako was hailed as the MVP of the match, tallying an 8-1-6 kills-deaths-assists (KDA).

Their next game was against the EAC Generals, where they reigned victorious, 34-27.

The Generals started the match with high octane offense which led them to have a comfortable 6-10 advantage, relentlessly damaging the towers of the Cyberknights.

Lusiper (Wanwan) stood strong for the Letranites as he unleashed a maniac which closed the gap to one, allowing for them to ride their momentum as both teams played teeter-totter.

With the Cyberknights’ base remaining for them, the impulse turned its favors to the side of EAC. The Letranites however, defended their base very well, in turn spoiling the excitement of the Generals.

The Cyberknights seized upon the demise of the four heroes of the Generals as they stormed through the base of EAC, eventually leading them to their first victory in the league.

Lusiper topped the match with a game-high 15-7-7 KDA, backed up by Sammy (Cecilion) who scattered six kills, four deaths, and 13 assists.

The Cybernights’ matches in the tournament are broadcasted live through the CCE’s Facebook page.