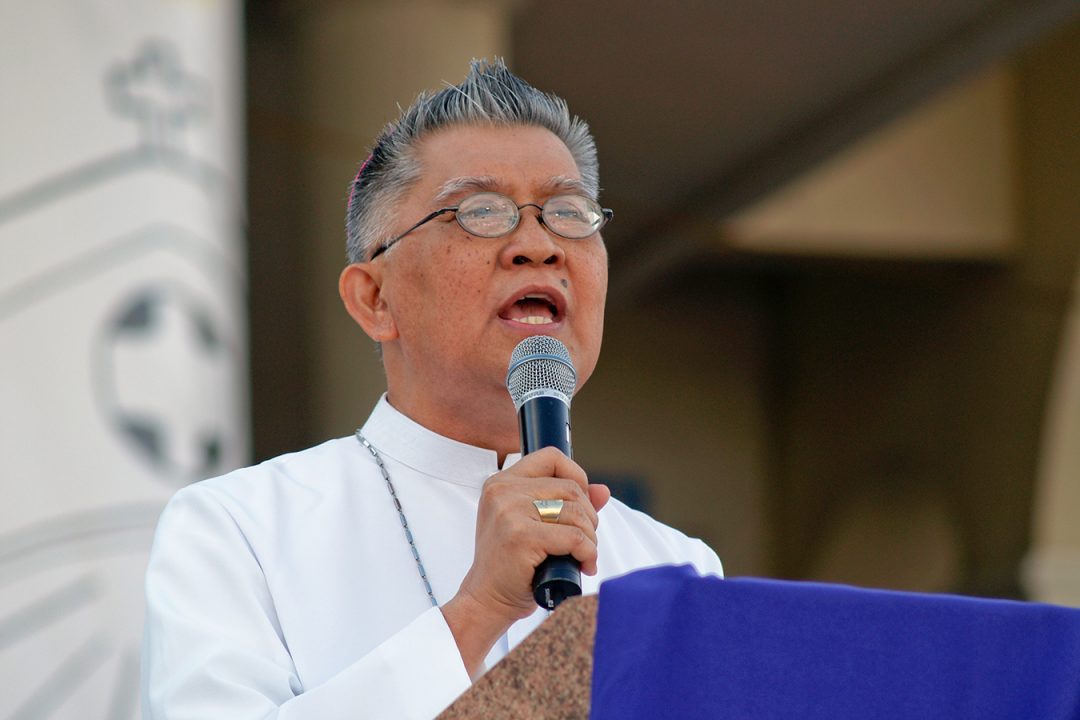 Archbishop Jaro Angel Lagdameo as he delivered a message to the CBCP. Photo courtesy of CBCP News

It was confirmed in a social media post by Director Fr. Angelo Colada, the Jaro Archdiocesan Commission on Social Communications, which stated, “Archbishop Angel Lagdameo returned to our Creator just this 8:30 AM at the age of 81. Let us include him in our prayers and masses.”

Lagdameo was appointed as the Archbishop of Jaro in 2000 by Pope John Paul II. He was in charge of overseeing Roman Catholic churches in the cities of Iloilo and Guimaras until 2018 when Pope Francis of the Vatican accepted his resignation at the age of 77.

He also served as the Chairman of the Episcopal Commission on the Laity for 10 years.

Lagdameo was active in different issues regarding socio-economic activities and opposed the construction of a coal-fired power plant in the Philippines. He also urged the Catholic Church to oppose the reform of the Reproductive Health bill when he was the CBCP president in 2009.