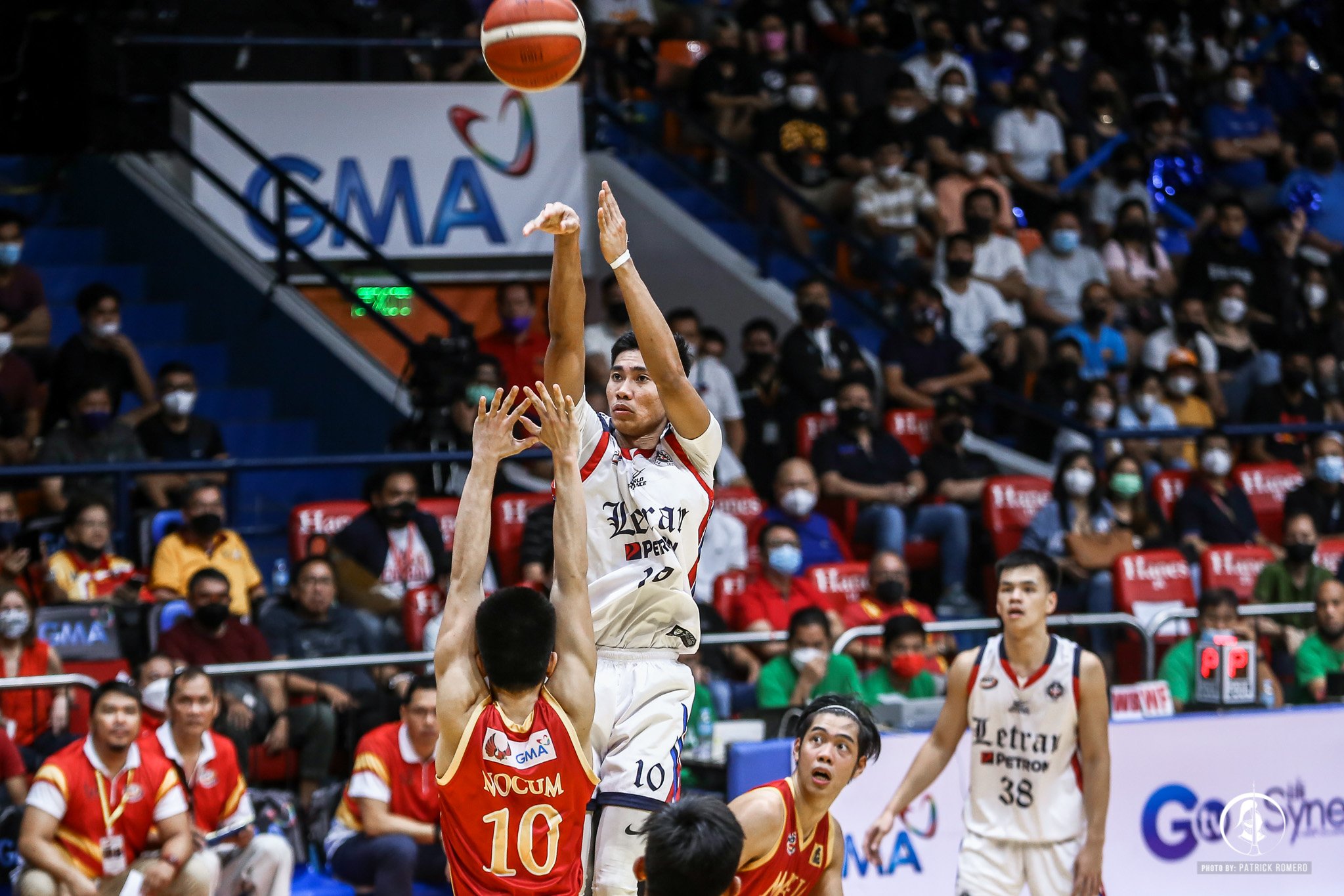 The Letran Knights in a fierce battle against the Mapua Cardinals. Photo Credits: P.D. Romero (May 2022)

After their successful stint in the 97th season of NCAA, the Colegio de San Juan de Letran Knights are ready to make waves in the 2022 PBA D-League Aspirants Cup which will begin on July 7.

The recent NCAA champions will compete under the name Wangs Basketball @26 - Letran Knights, and are to be spearheaded by NCAA Season 97 Rookie - MVP Rhenz Abando and star point guard Fran Yu. Absent from the team are Finals MVP Jeo Ambohot and 3&D wing Allen Mina as both have finished their final playing years for Letran and are already with their respective PBA teams.

The presence of Kobe Monje and Ira Bataller are highly anticipated for the Knights who will be joining in preparation for the upcoming NCAA Season 98. Bataller transferred from UST alongside Abando and Brent Paraiso in 2020. On the other hand, Monje was a member of the juniors counterpart of the Knights, the Letran Squires. He had an impressive outing in the Maharlika Pilipinas Basketball League (MPBL) where he suited up for the Manila Stars.

Head Coach Bonnie Tan will also make his D-League return, as the team looks to ramp up their pre-season preparations.

This will serve as a momentum pusher for the Knights who are seeking to defend their NCAA crown and complete the ever-elusive three-peat.

They finished 10th in the 2020 D-League Aspirants Cup which was canceled due to the COVID pandemic. They previously settled for a 5th-place finish in the 2019 conference.

The Intramuros-based squad will face 5-peat NAASCU Champions Adalem Construction- St. Clare for their first match, July 7 at the Smart Araneta Coliseum. The eliminations will end on August 3, before moving on to the playoffs.

The elimination games will be held at the Ynares Arena in Pasig during Tuesdays, and at the Smart Araneta Coliseum during Thursdays and Saturdays. Admission is free.