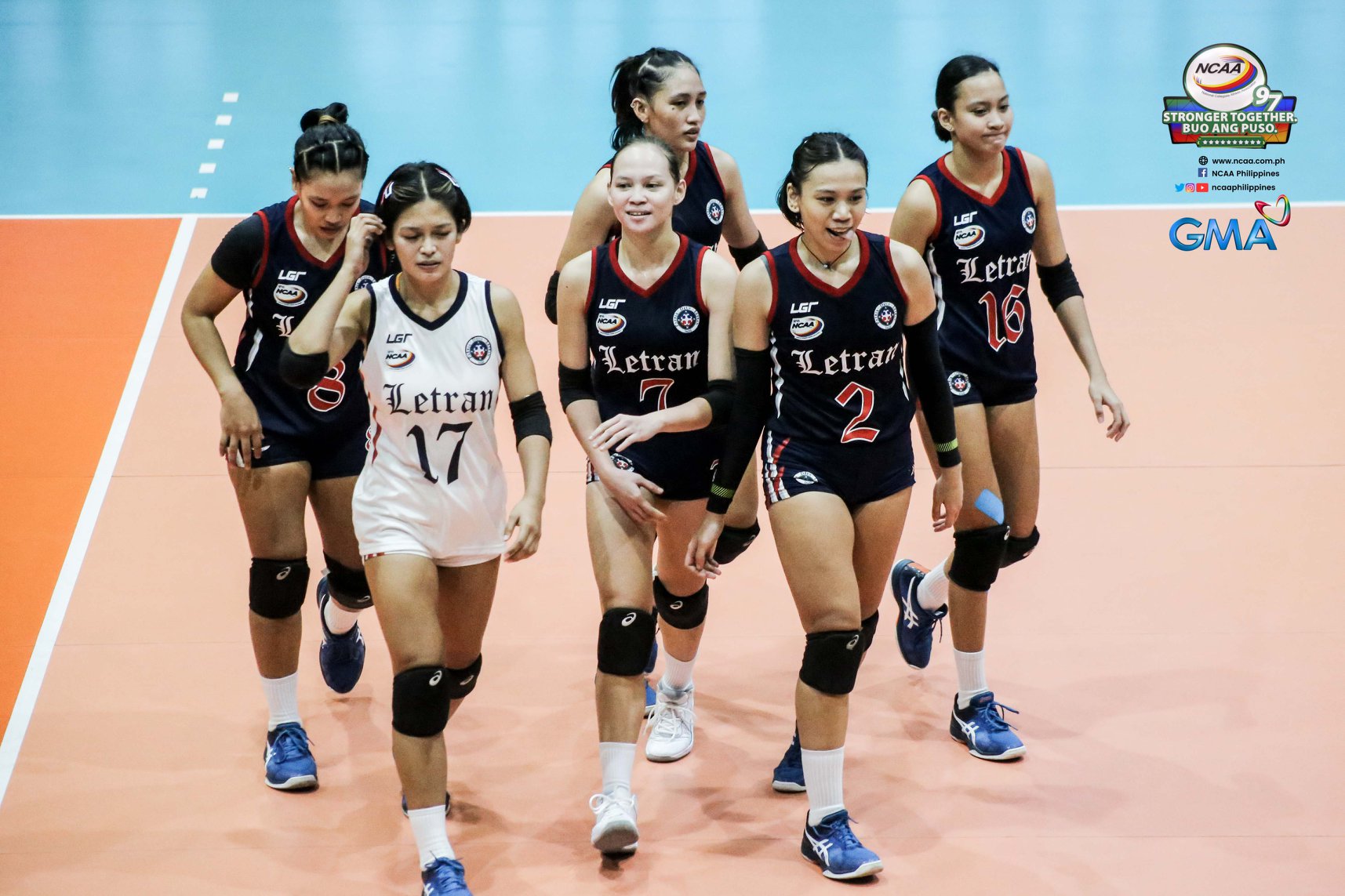 The Letran Lady Knights victorious against the Mapua Lady Cardinals on July 06, 2022 at the Paco Arena. Photo courtesy of the NCAA & GMA.

Player of the game Julienne Castro’s 19 big points led the way for the Colegio de San Juan de Letran Lady Knights as they ended their 3-game losing streak, beating the Mapua University Lady Cardinals with a sweep, 25-17, 25-21, 25-18, in the Season 97 of the NCAA at Paco Arena in Manila earlier today.

Coming into the game, the two Intramuros-based squads were in completely opposite situations. This was essentially a non-bearing game for Letran, while Mapua needed a win to give themselves some breathing room heading into the playoffs.

Despite this, Letran came out trying to prove a point as they dominated the first set with the stable presence of Shereena Urmeneta and Cha Cunada. Castro capped off the set with three straight points followed by a costly error by the Lady Cardinals.

Mapua showed signs of life in the following set as they managed to keep the game close throughout the 2nd frame. They failed however to find a way to get over the edge as with the score tied at 21 apiece, the Lady Knights went on a four-to-nothing run that ended with a powerful spike right through Mapua's blockers.

The Michael Inoferio-led team denied Mapua’s hopes of extending the game even further as Letran completed their upset on the 4th seed Cardinals in the third and final set of the contest.

During the post-game interview, Castro mentioned this game's importance for the Lady Knights and how they came in with a “nothing to lose, more to gain” mindset. She also added that they did not want to let the Letran community down.

Castro had a masterful performance as she finished with a double-double, scoring 19 points and getting 16 digs. To complete Letran’s three-headed attack, Urmeneta and Cunada chipped in 11 and 14, respectively.

Over the Mapuan side, Jonina Fernandez led the team in scoring with 8 points. This was followed by an impressive performance from rookie Alyanna Ong who had 7 markers of her own.

Letran looks ahead as they try to end their season on a good note, facing the San Sebastian Lady Stags this coming Sunday, July 10 at Paco Arena. Game time is at 2:30 PM.