Esports: Letran bows to Arellano and CSB in MLBB at the Collegiate Center for Esports Competition 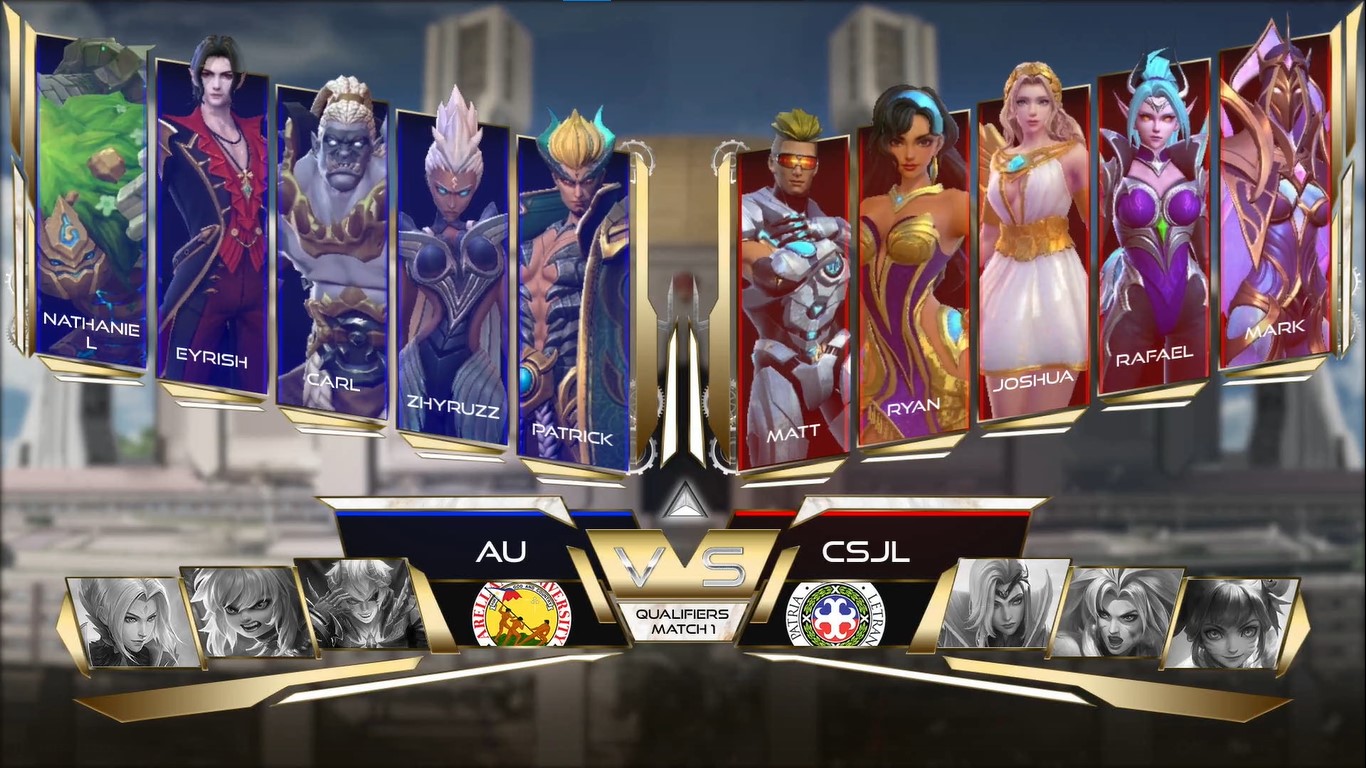 The first game between the Arellano Chiefs and the Letran Cyberknights on July 04, 2022. Photo courtesy of the College Center for Esports.

The Colegio de San Juan de Letran Cyberknights got shut down by the Arellano Chiefs and the College of Saint Benilde Astra Week 1 of the first season of the Collegiate Center for Esports (CCE) in the game Mobile Legends: Bang Bang (MLBB) streamed live via CCE’s Facebook page.

MLBB is a Multiplayer Online Battle Arena (MOBA) game consisting of two teams with five players wherein each person selects from a wide hero pool with unique abilities and roles such as the marksman, mage, fighter, tank, assassin, and support. The main goal of this MOBA is to take down all enemy turrets and their base to claim victory.

On the first day of week 1, Letran squared up against the Arellano Chiefs to start their campaign. They opted for an early-game centered lineup to counter the Chiefs item-reliant heroes in Cecilion and Karrie.

As the first turtle spawned, a clash ensued near the middle lane, Bebang (Grock) took down Fezco with his guardian’s barrier despite Choco Mael O’s (Yve) timely real world manipulation which resulted in a 2 for 2 trade for both squads as both Balmond and Karina also died.

Amen (Karina) showed his skill as he swooped in and stole the turtle in a retribution battle against Lrac (Balmond). With Arellano in control, they were quick to shut off any sign of life of Letran as they pounced on the Cyberknights near the purple buff taking down Matsuu (Clint) and Choco Mael O.

Letran had no answer for the Yu Zhong and Grock combo of Arellano as they fell one by one, leaving Matsuu as the only member of Letran without a respawn timer and a four-to-nothing trade in favor of the Chiefs.

Arellano proceeded to march down the middle lane after they took the 9-minute lord, with Letran helpless as their base’s health slowly grew thin. This inevitably marked a loss to start off the season.

Yhyruzz (Yu Zhong) finished as the MVP of the contest, tallying a 6-0-3 KDA. He served as both an initiator and a finisher for Arellano.

With yesterday’s loss at the back of their heads, the Cyberknights looked forward to the second day of the first leg as they faced CSB Astra.

In the early stages of the game, Fezco (Franco) was unsuccessful as he tried to delay AK’s (Barats) blue buff. He then managed to get the first blood with a signature hook flicker combo on Kalachuchi (Atlas) as he reeled him into the bottom lane turret.

Letran secured the first turtle, but it came at the expense of Choco Mael O (Yve) and Fezco as CSB got the upper hand in the post-turtle skirmish.

As yet another turtle take ensued, Letran failed to zone out AK as he stole the turtle. Lee (Beatrix) followed up with a triple kill on the members of the Cyberknights, a trade that swung the momentum over to CSB.

Letran was at the mercy of CSB as they forfeited a clean five-man wipeout to finish at the 10:29 mark of the game with 17-7.

The Letranistas look ahead as they try to get their first win of the season. For updates of schedules and game streams, follow the Collegiate Center of Esports’ Facebook page.