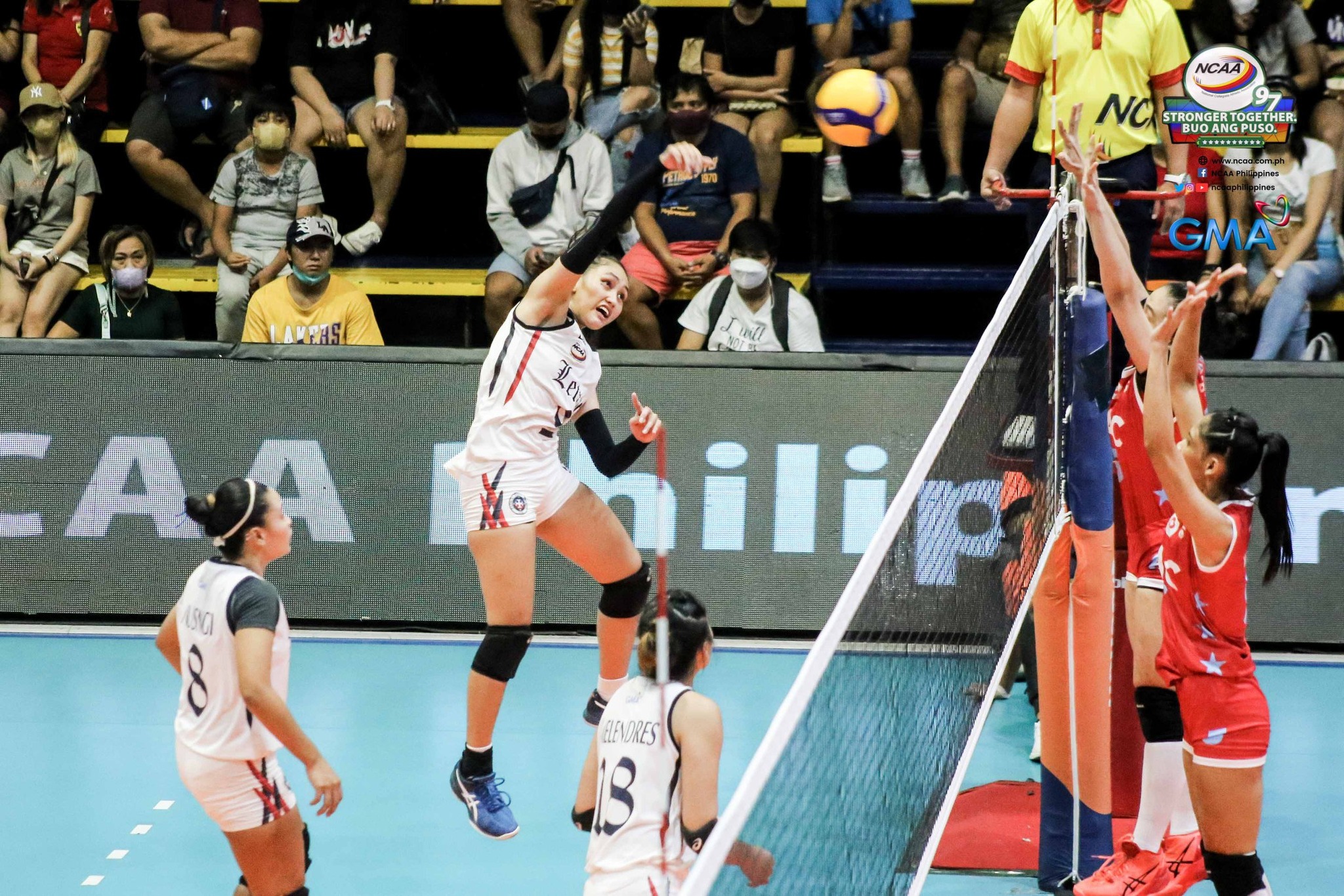 The Colegio de San Juan de Letran Lady Knights in a fierce game against the Emilio Aguinaldo College Generals on July 2, 2022 at Paco Arena. Image is courtesy of GMA and the NCAA.

Despite controlling the early goings of the match, the Colegio de San Juan de Letran Lady Knights crumbled against the Emilio Aguinaldo College Generals, pulling off a 25-17, 24-26 21-25, 17-25 loss in the 97th season of NCAA Women’s volleyball earlier today at Paco Arena, Manila.

The sweet spiking Knights provided to their lofty billing as Sheena Urmeneta led the team with four attack points in the opening set, while getting ample help from Cha Cunada who scattered two attacks.

The Intramuros-based squad were persistent in owning the first set, hacking out a commanding 4-0 blitz as they capitalized on EAC’s errors.

With the momentum from the opening set carried out, the Lady Knights started the second frame with high octane offense from Daisy Melendres’ quick attacks on the frontline.

From trailing four points behind the Lady Generals, the Lady Knights relied on the heroics of Jules Castro to clinch a 24-all deadlock. However, EAC’s Krizzia Reyes took over and carried her team to tie the match at one set apiece.

Miscues and receiving woes got in the way for the Michael Inoferio-led team which made it hard for them to regain their composure in the third set, 21-25.

The Knight’s struggled with their defense in the fourth set which allowed the Generals to carve out a 22-17 cushion. The women in red took advantage of this and continued to punish the defense of the Knights, allowing them to grab the victory.

Letran skipper Urmeneta spearheaded the Knights with 11 points built on attacks, block and ace, followed by Cha Cunada who also churned out 11 of her own.

The Lady Knights will next face the Mapua Lady Cardinals on July 6 at the Paco Arena, Manila.