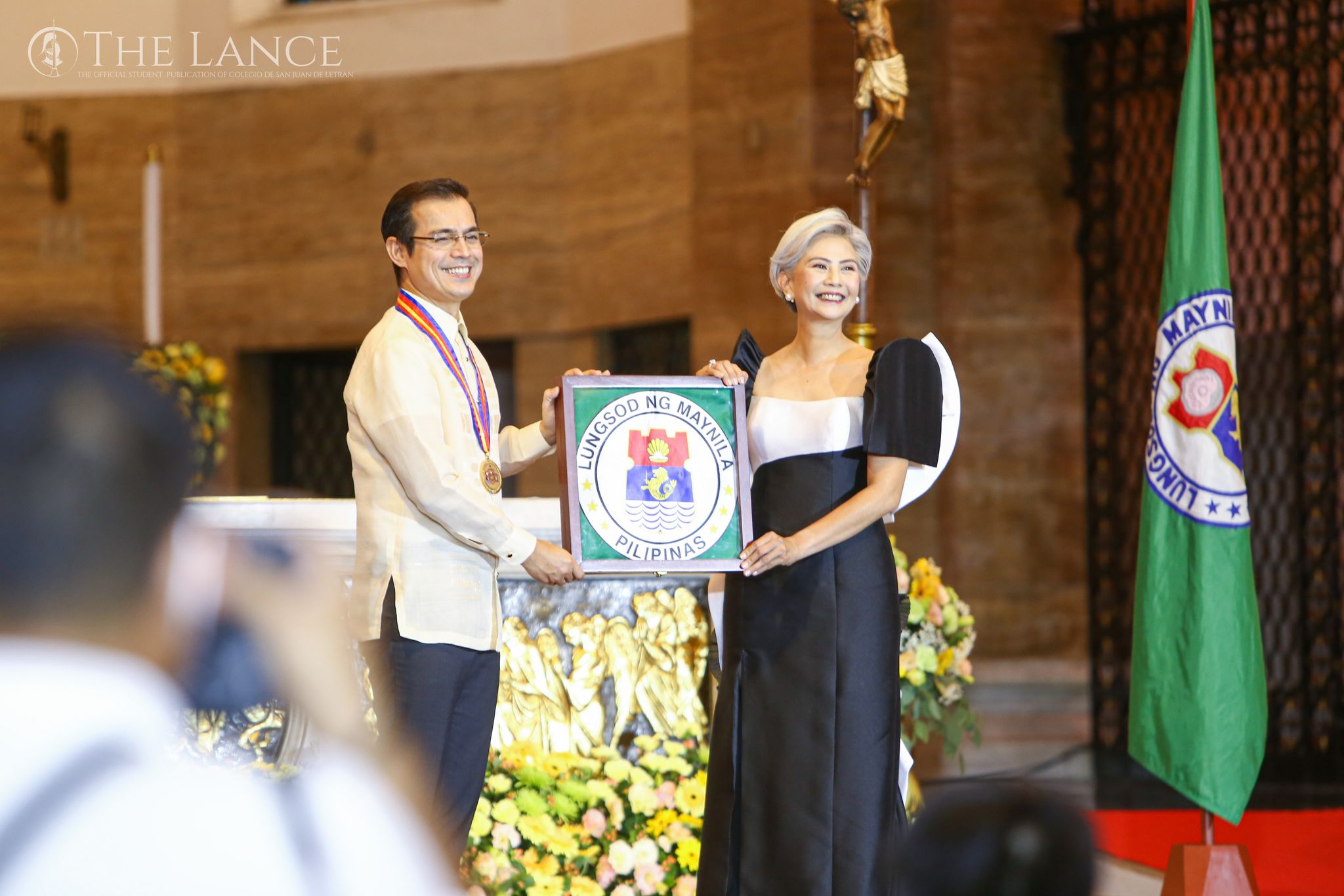 Now former Manila Mayor Francisco Moreno Domagoso with the newly elected and first female Mayor of Manila- Maria Sheila Lacuna-Pangan during her inauguration at the Manila Cathedral on June 29, 2022. Photo is courtesy of Patrick Dominic Romero of The Lance.

The City of Manila marks its history in the inauguration of its first female mayor, Mayor-elect Mariah Sheila Lacuna—Pangan, on Wednesday, June 29, 2022, at the Manila Cathedral.

Lacuna was officially proclaimed as the nation’s capital chief executive last May 11 with a total of 534,595 votes according to the City Board of Canvassers. Along with Lacuna is her running mate, Vice Mayor-elect John Marvin ‘Yul Servo’ Nieto. He garnered 582,941 votes, making them both the newly-elected local officials chosen by the Manilenos.

Attendees in the ceremony were constituents and immediate families of the newly-elected officials, including Lacuna’s father, former Vice Mayor Danilo Lacuna, who served for three consecutive terms from 1998 to 2007 in the City of Manila.

The welcoming ceremony of the newly-elected officials was spearheaded by the Manila Police District and their Director PBGEN Leo Francisco. Also present was outgoing Mayor Isko Moreno Domagoso who led Lacuna and Servo’s oath-taking ceremony.

Towards the end of her address, she expressed gratitude to outgoing Mayor Isko Moreno. Lacuna also vowed to continue the programs that Moreno’s administration started. Moreno handed over the flag of the city of Manila as a symbolic turnover of the leadership and management to Lacuna.