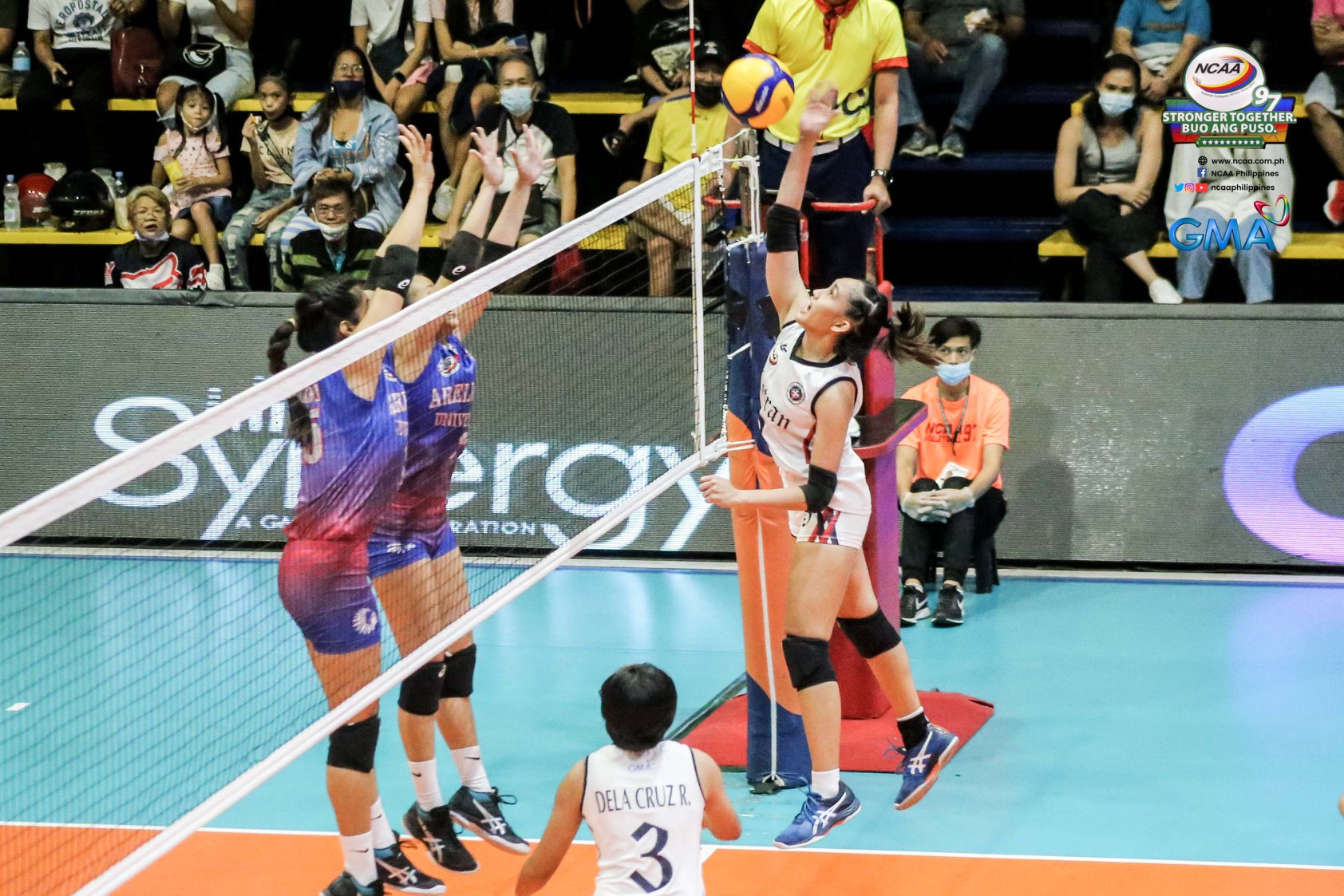 The Colegio de San Juan de Letran Lady Knights on a fierce play against the Arellano Lady Chiefs at Paco Arena on June 28, 2022. Photo is courtesy of GMA and the NCAA.

The Letran Lady Knights fell short against the defending champions Arellano Lady Chiefs as they tallied a 13-25, 25-21, 16-25, 20-25 loss in the NCAA Season 97 Women’s Volleyball tournament today, June 28, at the Paco Arena in Manila.

Letran yet again showed glimpses of a great play even with its recent loss from Lyceum Lady Pirates last Saturday, June 25. The Lady Chiefs asserted their dominance and showcased stellar play as they moved up to 5-1 in the standings, keeping a firm grip on second place behind the College of St. Benilde Lady Blazers (5-0).

Arellano started off the game with a masterful display of both offense and defense as they pounced on Letran’s defense, ending the set with a commanding 12-point margin of victory over the Lady Knights.

The next frame proved to be a different story for Letran. Thanks in part to the offensive display of Calixto, that came out swinging and uplifted the Muralla-based squad.

Arellano managed to narrow the gap, 22-20, but this did not faze the Lady Knights as veteran Sheena Urmeneta closed out the set with a hammer to even the playing field for the two teams at one set apiece.

Obet Javier’s team sought to bounce back from that second set upset as they came out with an early 11-16 lead over Letran. KC Adante started to take control of the game, setting up her teammates with easy looks as they won the set.

The Lady Knights tried their best to extend the series to five sets but the offense of Arellano proved to be too much for them as Carla Donato, Trina Abay, and Princess Bello led the way to end the game in the fourth, 20-25.

Urmeneta and Calixto both tallied team-high 13 points for Letran, followed by Esteller who chipped in seven of her own.

Arellano’s Donato led both teams in scoring with a 16-point performance. Bello ended the game with 11 points, while rookie Adante shined scoring 6 points as she set up her teammates with a total of 22 sets.

Letran looks to get back into the winning column as they face the EAC Lady Generals this coming Saturday, July 2 at Paco in Arena, Manila.