Letran bows to Lyceum; Drops to 1-4 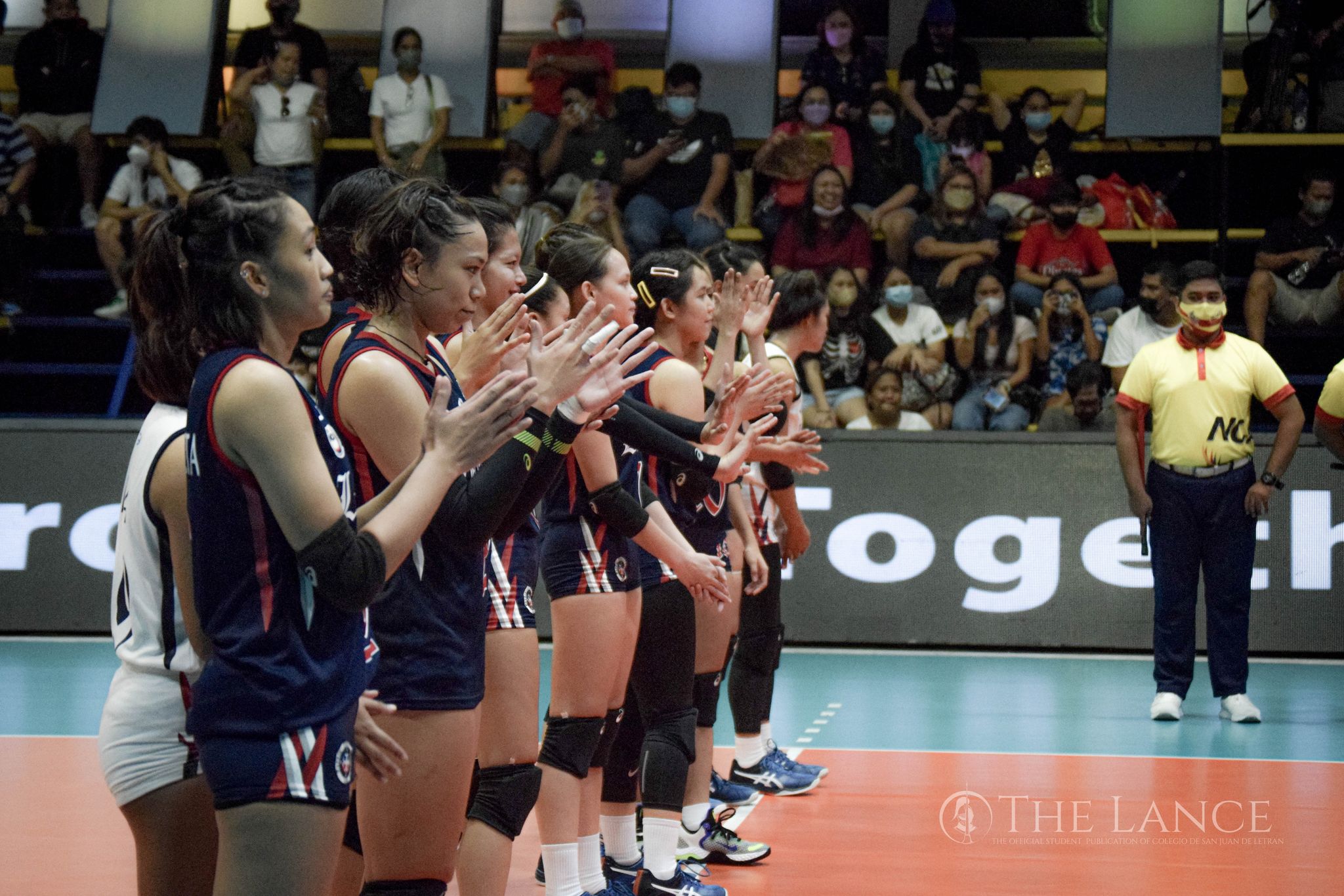 The Colegio de San Juan Lady Knights as they congratulate their winning opponent, the Lyceum of the Philippines Lady Pirates. Photo was taken on June 25, 2022 at the Paco Arena and is courtesy of Jason Kyle Julian & Melody Jade Soriano of The Lance.

The Colegio de San Juan de Letran Lady Knights succumbed to the forces of the Lyceum of the Philippines Lady Pirates, hacking out a 14-25, 22-25, 30-28, 12-25 loss in the NCAA Season 97 Women’s Volleyball earlier today at the Paco Arena in Manila.

LPU seized the opportunity to overtake the shaky defense of Letran by sparking a 5-0 run highlighted by Janeth Tulang’s offense, while the Lady Knights were only limited to four attacks in the opening set.

Letran performed better in defending the frontline during the second set, helping them grab a 14-10 cushion through the combined efforts of Daisy Melendres and Royce Dela Cruz.

Both teams battled tooth and nail as they engaged in a push and pull affair in the second. The Lady Knights played steady and consistent defense, but knots of errors continued to hamper them which led to their eventual defeat in the second set.

Despite being down by 2 sets, Letran showed great composure as they pushed for a victorious third set win through the heroics of CK Calixto and Shereena Urmeneta, extending the match to set number 4.

Letran's defense fell flat to start the fourth, allowing Lyceum to grasp a commanding 12-0 advantage. The Knights tried to rally back but the Pirates imposed their strength at the net which made it difficult for the Knights to close the gap.

Urmeneta also reiterated the need to lessen their errors, which has been the main struggle that the Lady Knights have faced throughout the season. With this, she also encouraged the Letran community to support them on their upcoming matches for the season.

Julienne Castro scored a team-high 12 points for the Lady Knights, backed up by Urmeneta who scattered 10 of her own. The Knights only tallied 31 total attacks in the match.

Johna Dolorito and Zonxi Dahab are the top scorers of the Lady Pirates with 18 markers each.

The Lady Knights will next face the Arellano Lady Chiefs on June 28 at the Paco Arena. The game is also to be livestreamed on the official NCAA Philippines Facebook page and YouTube channel. Tickets can be purchased on-site at the arena.