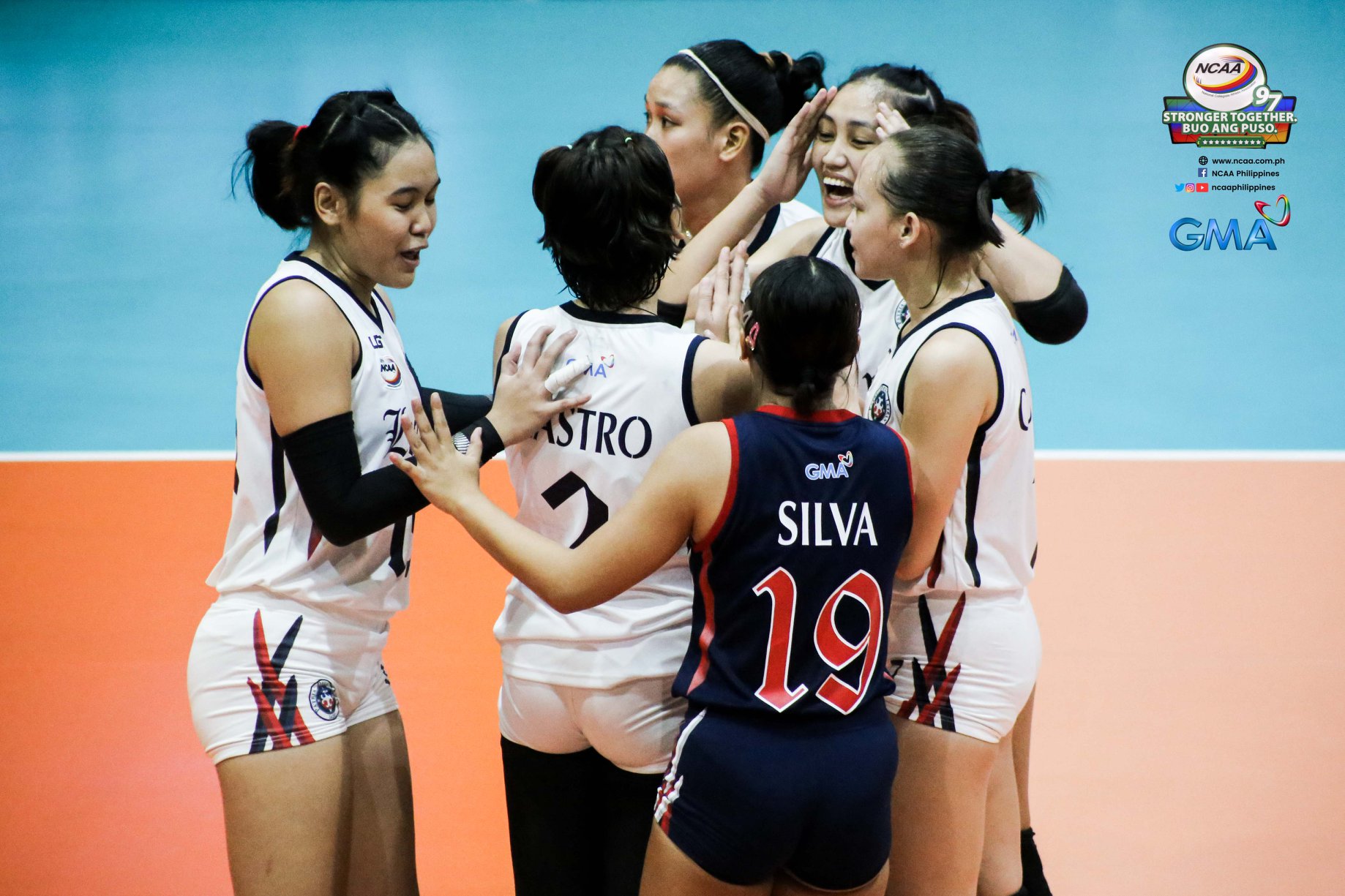 The Letran Lady Knights after defeating the San Beda Lady Red Spikers on June 22, 2022. Image is courtesy of GMA and the NCAA, retrieved from their respective Facebook Pages.

The first set became a battle of runs with Letran trailing except during a deadlock at 14 points. Middle blocker Daisy Melendres, who had a big game against Saint Benilde, led the Lady Knights with four markers in the opening set. The Lady Knights started with many unforeseen errors which gave San Beda room to move, finishing the set 25 to 21.

The Lady Knights came in hot in the second set, capitalizing on a series of attack errors by the Lady Red Spikers to snatch the lead. Letran held their biggest lead of the set at seven points, 20 to 13. Outside hitter Julienne Castro had multiple crosscourt kills to cap off her big second set.

The third set proved to be an even better showing by the Lady Knights as they held off the Lady Red Spikers with 10 points ahead at 25-15, taking a pivotal two to one lead. San Beda had neither blocks nor aces in the third set, a testament to Letran’s aggressive offense as manifested by their 12 attack points. However, San Beda refused to go down without a fight and forced a fifth and deciding set.

By set number five, leading scorer Shereena Urmeneta went all in with several timely scores to finally down the Lady Red Spikers at 15-9, winning the match for Letran.

Urmeneta finished with 16 points, 12 attacks, 2 blocks, and 2 aces. Meanwhile, Castro also had 12 points of her own that granted the Lady Knights their first win of the season.

Letran's next bout is against the Emilio Aguinaldo College Lady Generals on July 2.