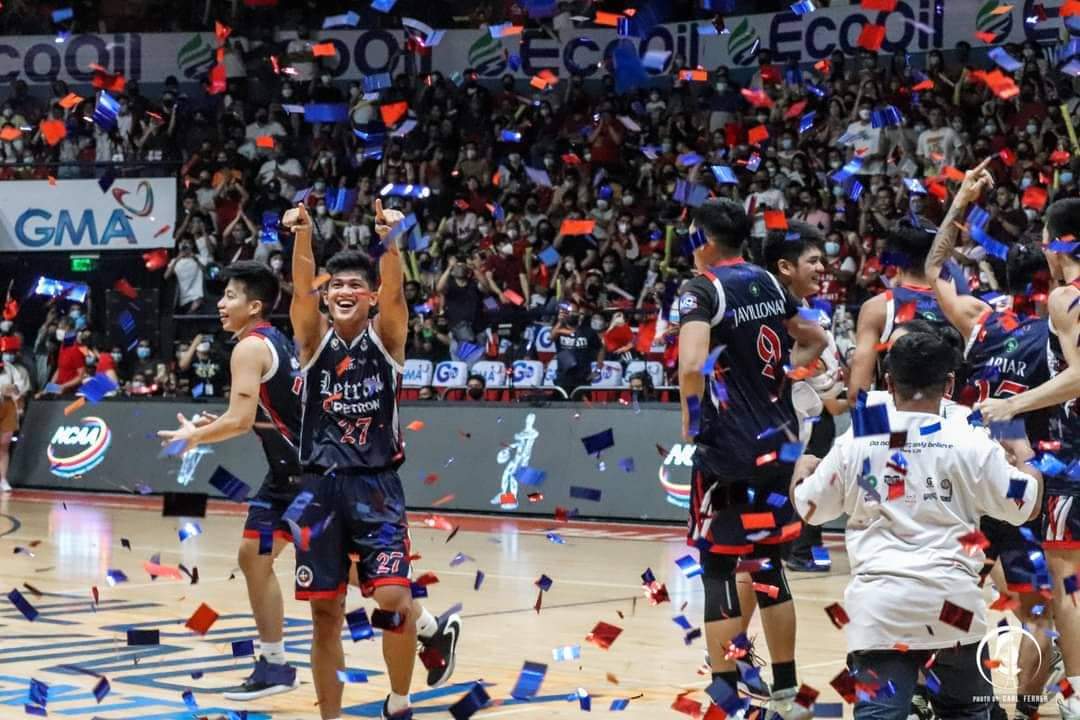 To the blue and red side of Intramuros goes the glory and victory.

The Knights edged the Mapua Cardinals, carving out a nail-biting 75-65 victory to claim their back-to-back championship title in the 97th season of NCAA yesterday at the FilOil Flying V Arena in San Juan City.

The Bonnie Tan-led squad, which were the early favorites in the tournament, finished the season with a squeaky clean record and was also able to clinch their 19th title in the league.

Season MVP Rhenz Abando, who was fresh from an ankle injury, charged 14 points, 12 boards, two blocks and an assist, backed up by Louie Sangalang who added 11 points.

Jeo Ambohot, who played his last for Letran, also churned in with 13 markers, on top of nine rebounds and a block, which were enough to crown him as the Finals MVP.

“All of our players have stepped up their game and they always find a way to overcome each challenge that they face." Letran's coach, Bonnie Tan, spoke about the team's adjustments in the pandemic scene.

Early in the opening salvo, the Knights kept up with their offense, unraveling a 13-point cushion through Pau Javillonar and King Caralipio’s heroics, 23-10.

Momentum continued to favor the men in blue as forward Louie Sangalang coined one of his free throws in the third quarter, giving them a comfortable 21-point lead.

However, the Cardinals caught fire in the third canto, which gave them enough confidence to release three points from Jeric Pido and Brian Lacap.

Arvin Gamboa provided ample firepower for the Cardinals as he drained a trey, 68-62, which was enough to keep their hopes alive.

But then, the defending champions proved that they do not want an extension in the finals series as Abando scored four points in the last two minutes of the match, through free throws and a jump shot.

Paolo Hernandez topscored Mapua with 14 markers, six boards, and five assists with the help of Adrian Nocum, who also churned in 14 markers, and Lacap, who listed 12.