Letran Escapes Arch-rivals, Finishes Elimination Round With A Clean Sweep 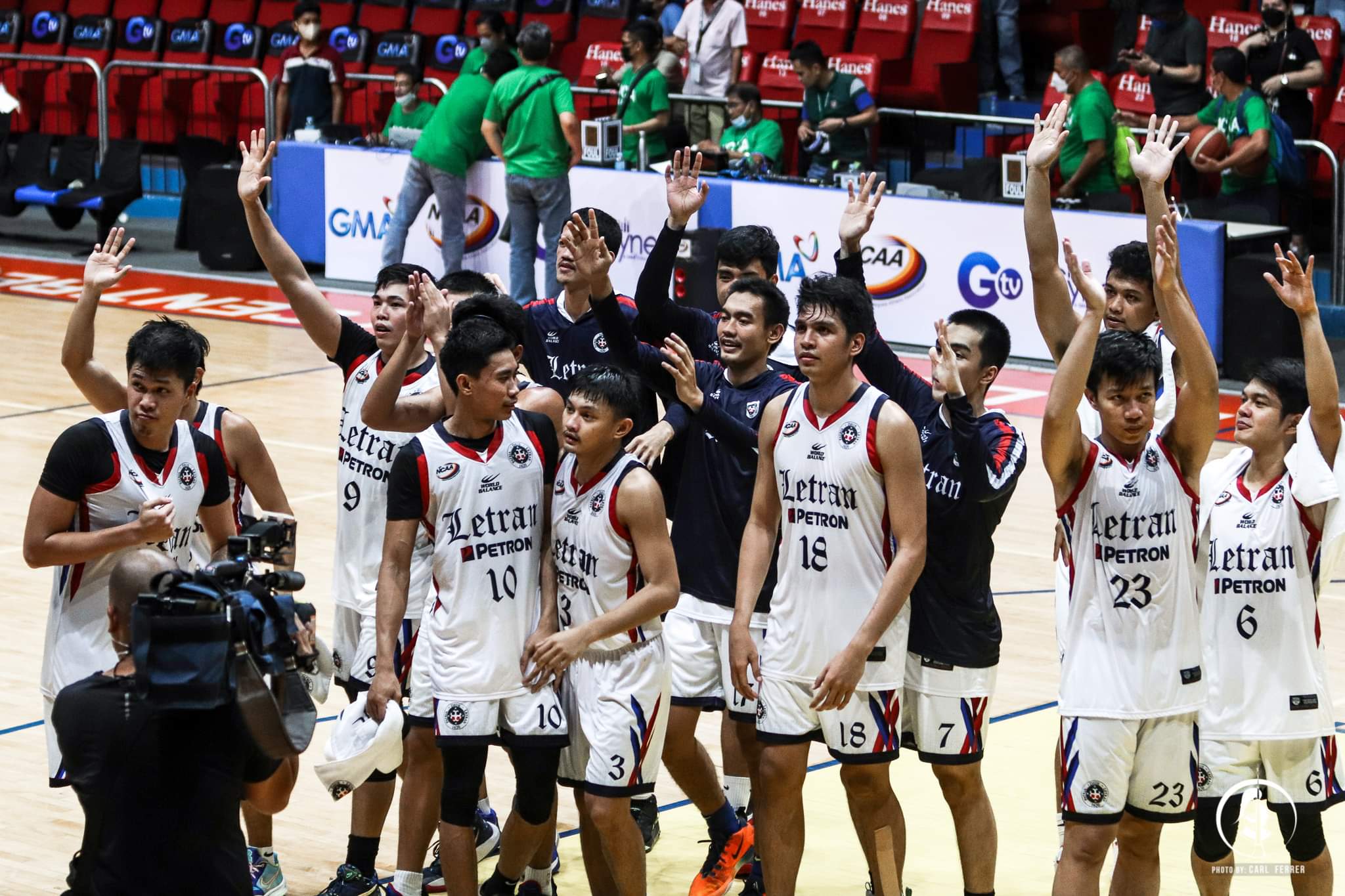 With this being a rivalry game and a rematch of the finals from two years prior, the game was intense all throughout, an intensity that could only be matched by the arena filled with thousands of fans from both Letran and San Beda.

The defense reigned supreme in the contest, a slug fest between the top two teams in the conference, a game in which the lead changed a total of ten times and had six deadlocks.

Jeo Ambohot started the game with a block, his first of four throughout the game, followed by threes from James Kwekuteye and Christian Fajarito to spark the scoring for the two teams.

No team wanted to give way as they exchanged shot after shot with hasty defense to end the first period tied at 15 a piece.

Brent Paraiso shone in the game in spite of only scoring two points, as he was tasked with guarding San Beda’s leading scorer, Kwekuteye, holding him to only three points in the first half.

Another Red Lion stepped up to take on the scoring duties, though, as JV Gallego ended the first half with 7 straight points to put them up three, 26-29, against the defending champions.

Unfortunately for the Knights, Paraiso fouled out with 7:58 left in the third, forcing them to put Allen Mina on Beda’s star player.

Letran proceeded to go on an 18-4 run with them leading by as many as ten points, with the score resting at 45-31 going into the final quarter of play.

San Beda began the quarter with a barrage of three-pointers to give them the lead. Kwekuteye came alive in the fourth, tallying a total of ten to keep the game close for the Red Lions.

The Knights answered back with a six-to-nothing run of their own to regain the lead. Both teams made tough baskets after the other, with Letran leading, 55-54, heading into crunch time.

Despite trimming the lead to as close as one, San Beda collapsed to Letran’s stellar defense. Rhenz Abando iced the game with two free throws to end the game, 59-56.

Louie Sangalang was a stable force for Letran as he led the way with 12 points, along with two boards and two blocks. Abando chipped in ten points and seven rebounds as he continued to make his case for MVP of the conference, while Ambohot finished the game with a near double-double as he had seven and 13 to go along with those four rejections.

For the Red Lions, Kwekuteye led all scorers as he dropped 14 points on poor efficiency (26.7%), as well as seven rebounds. Gallego finished with seven points, and Jb Bahio ended the game with four points and seven boards of his own.

Abando and the Knights are now awaiting their next foe on the 8th of May as they solidify their spot in the NCAA Final Four along with the Mapua Cardinals.