Candidate Profile: The Lady in Pink 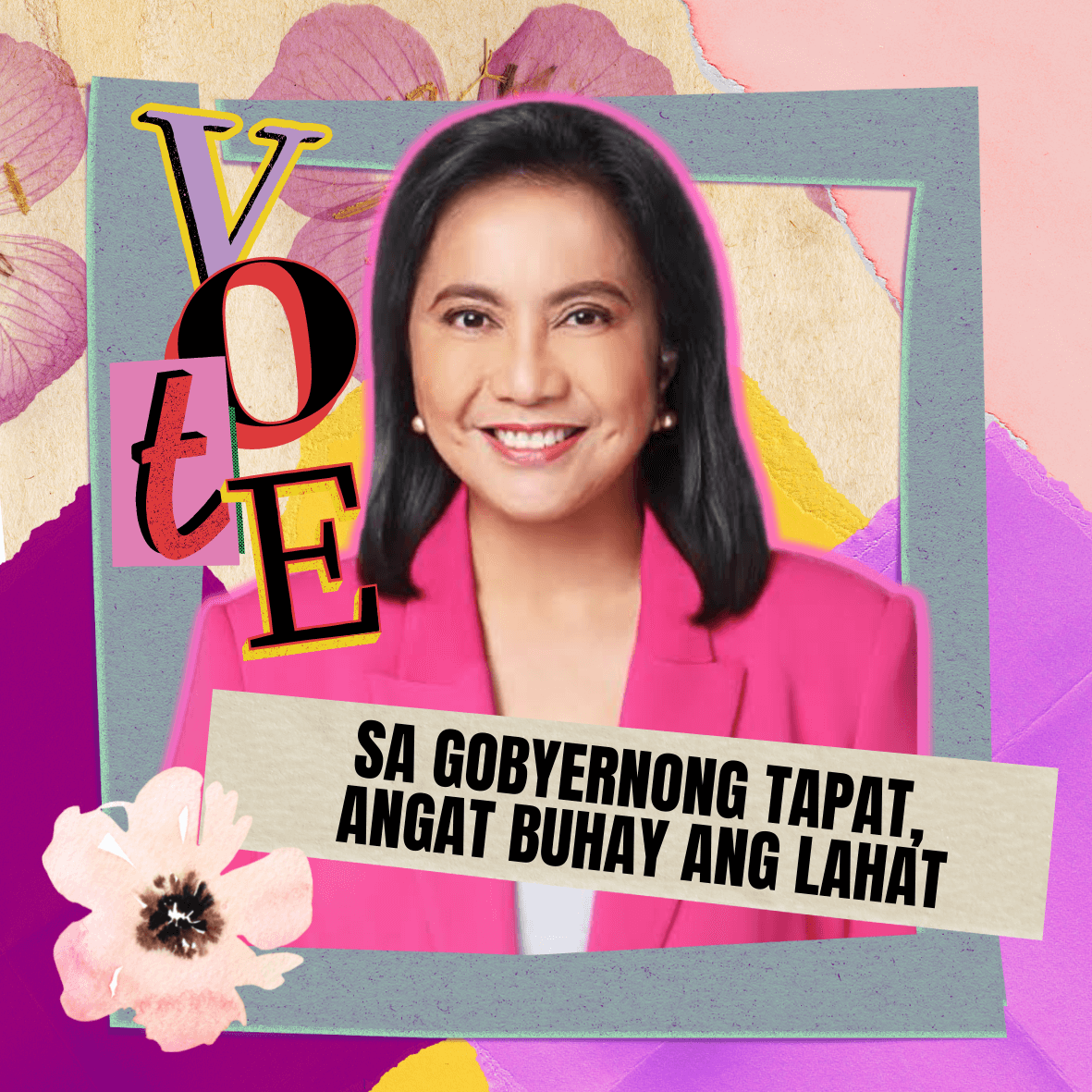 The only rose among the thorns. The lady bravely symbolizes the color pink and the rose flower during the campaign period. A 56-year-old Filipina, a single mother of three ladies, with an impressive educational background, public service, and patriotism. She is Maria Leonor Sto. Tomas Gerona-Robredo, popularly known as Vice President of the Philippines, Leni Robredo, and one of the ten presidential candidates.

Robredo is likened to the color pink as she was seen wearing a pink ribbon on her top when she announced her run for the presidency. Even though she did not think about a color beforehand, she believes it symbolizes activism, protest, and inclusivity. And that is what she showcased.

For the past several years, people might or might not have seen her contributions for the betterment of the country in all kinds of aspects. From her being a congresswoman to the present, being the country's current vice president. She was a lawyer for Sumilao farmers back in 2007, and their case was won. She also used the 75 million peso donations she received from the program "Piso Para sa Laban ni Leni" last 2016 to build houses for the people of Marawi.

Presently, her pandemic response and the Angat Buhay Program are cost-efficient and accessible to all Filipinos. These are the Bayanihan E-Konsulta, Swab cabs, Vaccine Express Project, Free Shuttle Services, Free Dorms, Bayanihan-Eskwela, OASIS project, community learning hubs, community marts, and donations for locally stranded individuals. Aside from these, she has the highest Commission on Audit (COA) rating among other aspirants.

Not only does her philanthropy have a positive effect on her image, but it also urges ordinary citizens to participate in philanthropic activities as well. An instance of this is her supporters adapting the infamous "Lugaw Leni" into something more meaningful -- a feeding program.

Her bravery as the only woman in the presidential race results in people choosing her as their president for the May 2022 elections. Her sincerity in front of the crowds and behind the camera and the eyes of her supporters and foes—while fulfilling her responsibilities—is greatly appreciated by Filipinos of all ages, gender, religion, beliefs, and points of view. She is seen as a living hope for the next six years of the country.

With "Gobyernong Tapat, Angat Buhay Lahat" as her advocacy, it is evident that she has a plan to lead the country into a better state just by the programs she has done in the past. No wonder government officials, ordinary citizens, and even artists from both foreign and local scenes support her. Not to mention the growing support from the youth and even K-pop fans from different parts of the country.

With only a few days left in the set 150-day campaign period, the support for the current vice president is far from dying down. Will she be a cut above the rest? Will the future be as rosy as promised? Will the last man standing still be a woman? Only when the time comes will these questions be answered.