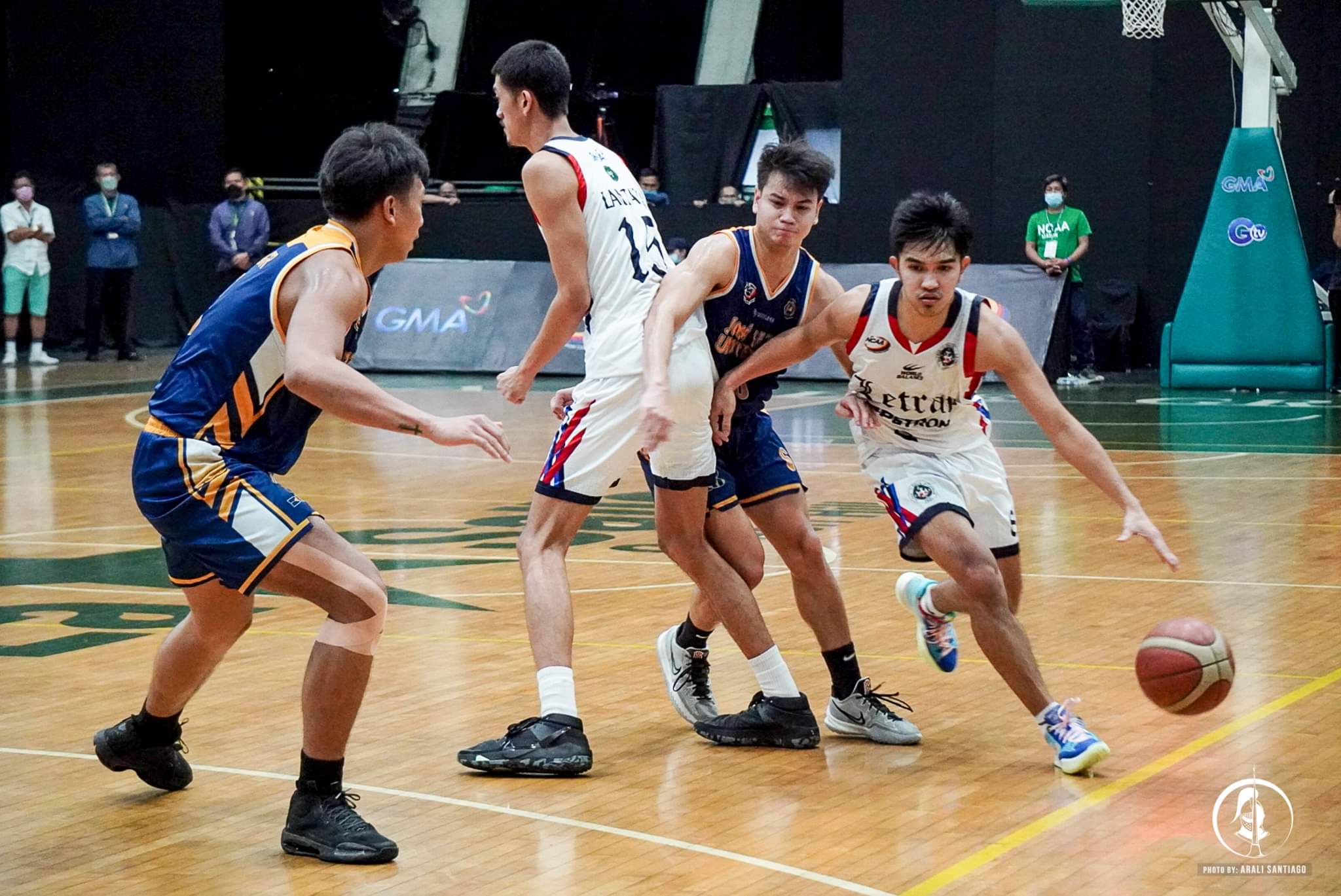 Both teams started the match in a sloppy manner, ending the first quarter with a 12-6 mark before catching fire in the next frame.

League's current second runner in the MVP race, Ambohot, teamed up with Brent Paraiso as they punctuated an eight-point run, 35-18.

The gap stretched to 31 points as the Bombers had difficulties stopping the Intramuros-based team, which dominated the offense side with three-pointers from Mina and a two-handed dunk from Abando.

Kyle Tolentino drained a trey, which signified the largest difference of the match, 77-43.

The Bombers' top scorer, Jason Celis, displayed tremendous poise under pressure in trying to show some ray of hope to the Mandaluyong-based squad as he commenced a four-point rally within the last two minutes of the game.

On the other hand, Hommer Macatangay paced the Bombers with 11 points and one assist, backed up by Celis and Erol Bongay, who scattered 11 and eight, respectively.

Letran has earned the solo lead in the league as San Beda University bowed down to Mapua University.

Letran’s next game will be on April 26 when they will face San Sebastian College-Recoletos.